The Long Arm of Halacha: Jewish Law and the Madoff Scandal 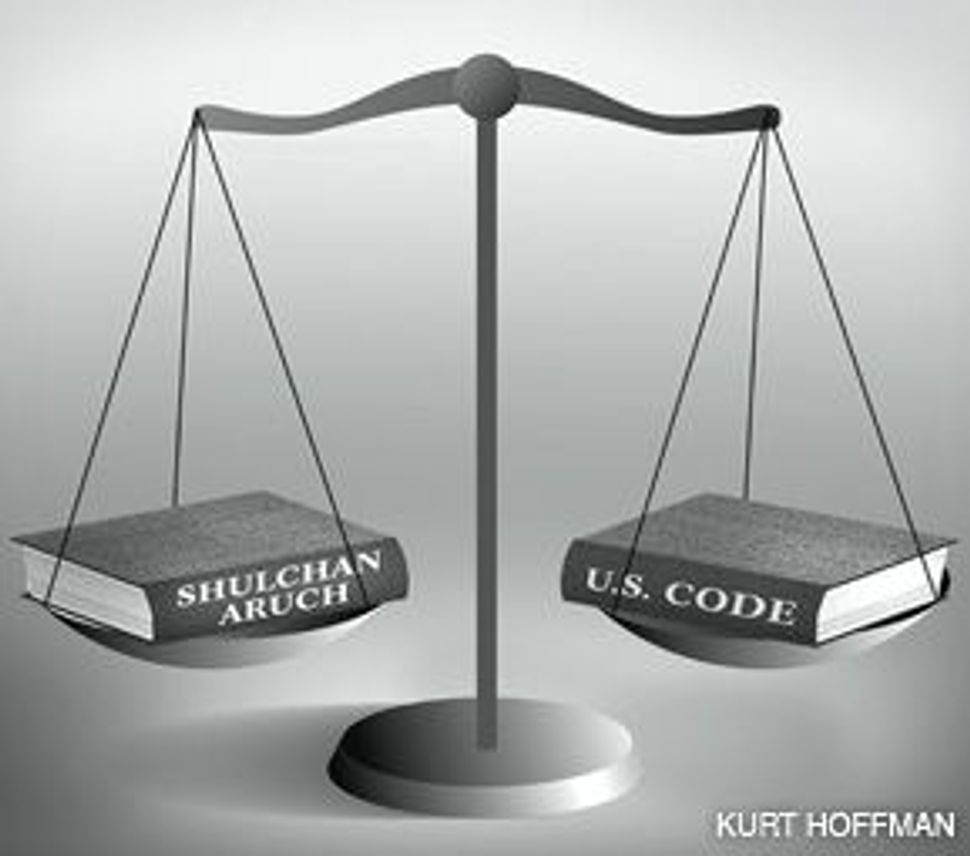 The case against Bernard Madoff appears relatively straightforward. But the sheer magnitude of losses means that no individual claimant is likely to recover more than a few pennies on the dollar. As a result, hoping to recover a bit more of their investments, a number of affected parties have shifted attention from Madoff to managers of the so-called “feeder funds” that put the money into Madoff’s hands. The current debate is whether these fund managers knew what Madoff was up to and, if not, whether they should be liable for failing to uncover his scheme. 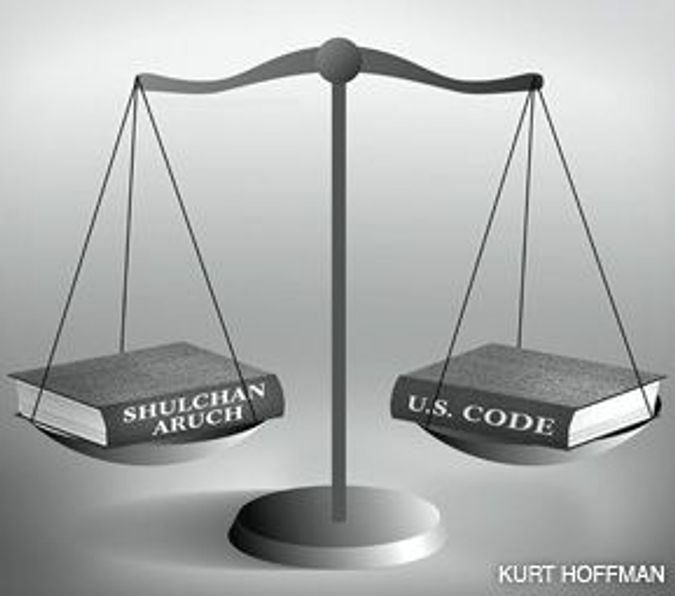 The Orthodox world, in particular, was hit hard as a result of the actions of one fund manager, Ezra Merkin, a former Yeshiva University trustee and pillar of the Modern Orthodox community, who funneled tens of millions of charitable dollars into Madoff’s firm. As a result, Y.U. and some of the country’s leading Modern Orthodox day schools and synagogues lost millions of dollars.

Like other claimants, these institutions are unlikely to recoup the bulk of their investments. There is, however, an avenue by which they can achieve a measure of justice and, more importantly, initiate a communal discussion to avert future disasters of this sort. They should consider calling Merkin, and others involved in the scandal, before a beit din, a rabbinic court.

At first blush, adjudication pursuant to Jewish law seems like a poor choice for addressing the issues raised by the Madoff scandal. It has been at least 300 years since halachists have been deeply engaged in application of commercial law. The system lacks the terminology for hedge funds, arbitrage pricing, options and derivatives, and most of the operative concepts of 21st-century finance. Moreover, contemporary expositors of Jewish law have sometimes displayed indifference to the realities and necessities of modern commercial life. Too many rulings employ formalistic readings of classical texts instead of engaging in a reflective analysis of how traditional principles apply to shifting commercial configurations. The lack of experience in commercial law also means that the analogies to Talmudic and medieval precedents will invariably be somewhat distant. For example, a Talmudic passage on the proper care for grains of wheat is a far cry from an articulation of the duty of care required from a manager who leverages a hedge fund’s assets to speculate on wheat futures.

Nevertheless, bringing a case before a beit din — one that is committed to engaging and teaching the entire community — is precisely what we need.

Under American law, the case against Merkin will proceed as a commercial dispute centering on the law of contracts, partnerships, fiduciaries and securities regulation. But these legal categories fail to express the depth of the communal shock and outrage over the events that have come to light in the past few weeks. To Jewish charities and institutions, this case is about more than limited partners (the legal status of the hedge fund investors) claiming they were duped by greedy and inept management. Rather, this is a story of how the titans of finance were placed at the helm of Modern Orthodoxy’s most prestigious institutions, were given control over vast sums of communal funds and got caught up in the biggest scandal in Wall Street’s history.

Jewish law conceptualizes this case in a way that more accurately reflects the emotional and theological disposition of the affected community. While there is no direct parallel to the American legal concept of “fiduciary duty,” the laws pertaining to persons charged with managing the financial affairs of the community — known as the gabbai tzedakah, (administrator of charitable funds) or* parnas al hatzibbur* (head of communal institutions) — provide the relevant analogy. While the parnas is typically afforded a high degree of discretion, a person entrusted with this authority must go to great pains to demonstrate that all transactions are beyond reproach. Thus, the Talmud states that tzedakah managers should perform their duties in pairs, such that no single person shall be seen as having sole authority over collection and distribution. Similarly, the gabbai tzedakah is not allowed to buy from or sell assets to the tzedakah trust, and even when exchanging small denominations for larger bills, he must act through an intermediary. The Jerusalem Talmud similarly stresses the awesomeness of the gabbai’s responsibility, equating the gabbai’s function with that of a judge deciding a capital case, as in both instances, it is reasoned, questions of “life and death” are at hand. Finally, many medieval commentaries apply certain laws of hekdesh (property consecrated to the Temple) in their analysis of the handling of *tzedakah *funds.

These analogies express the halachic understanding that tzedakah funds attain a quasi-sanctified status. Thus, while American law gives little consideration to the fact that the embezzled funds belonged to charities, Jewish law understands that when tzedakah money is expropriated, God Himself (as it were) stands as the aggrieved party.

Halacha’s explicit religious terminology thus vocalizes the underlying sense of communal betrayal that lies at the bottom of this case: We entrusted you with money set aside to do God’s work. Not only did you set out to profit from it, but you failed to look after it and now return to us empty handed!

Moreover, halachic reasoning provides a useful framework to analyze these issues in a period when American law is rethinking the central tenets of financial regulation. While the causes of the current meltdown are many, at least some of the blame must be placed on a regulatory theory that eliminated financial oversight and failed to mandate disclosure to investors of what was going on inside the funds. The insularity of Halacha from the demands of the marketplace, by contrast, has produced a body of law less influenced by free-market ideology. Thus, while Jewish law allows one to contract around certain biblically mandated duties, since God himself maintains an interest in tzedakah funds, it is less than certain that a parnas, or communal leader, can disclaim his obligation to proceed with due diligence through carefully lawyered words of a partnership agreement or offering memoranda.

Jewish law also requires the individual, rather than some abstract corporate entity, to confront his God and community to account for his actions. The focus on the individual allows a beit din to declare a defendant *patur be’dinei adam ve’chayav be’dinnei shamayim *— exempt from the perspective of the human courts yet still culpable in the Eyes of Heaven. Here, the court rules that, while the defendant may be exempt as a matter of law, he cannot be fully rehabilitated within the community until he satisfies obligations toward man and God.

Of course, it is far from certain that the fund managers are liable. In general, Jewish law maintains a more constricted view of causation than that which prevails under comparable American law, and Halacha is typically disinclined to second-guess the good-faith decisions of communal leaders. A close investigation of both the facts and the law will certainly be required: What did the fund managers know or what should they have known about Madoff? What representations were made to the charities that invested in the hedge funds? On the legal side: What is the halachic significance of the fees charged for managing the funds? What is the impact of the language of the partnership agreement on the fund manager’s liability? And does the fact that fund managers lost millions of their own dollars to Madoff serve as a defense to claims of negligence and mismanagement?

Finally, a beit din could also focus on the conduct of the communal leaders, who are themselves gabbaei tzedakah over institutional funds. So long as the endowments were increasing in value, neither the source nor the legitimacy of the monies was open to serious scrutiny. But given the rumors circulating in the financial community (prior to the current revelations), were Jewish institutions remiss in placing Madoff in leadership positions? While these questions are inappropriate to pursue in the context of American law, they are surely relevant to a halachic examination of the scandal and its impact.

In sum, the Modern Orthodox community has far more at stake than recovering its lost funds. The issue, which cuts to the core of our communal identity, touches on the relevance of Halacha to contemporary reality. Our day schools teach fifth-graders that a shomer sachar (person paid to guard of another’s property) is liable to the owner in cases of theft and loss, and our advanced yeshivas are founded on the premise that detailed analysis of Jewish law — such as the responsibilities of the gabbai tzedakah or the duties of the* apotropus shel yetomim* (trustee over orphan’s assets) — represent the most pristine form of Divine worship. But we have less experience in translating these halachic concepts into the language of commercial law and the demands of the modern marketplace. A beit din committed to educating the public would not only analyze the legal issues relevant to recovering the community’s money but could begin to lay a halachic foundation to prevent similar mistakes in the future.

Chaim Saiman is an assistant professor at Villanova University School of Law, where he teaches contracts and Jewish law.

The Long Arm of Halacha: Jewish Law and the Madoff Scandal