Watch What You Wish For, GOP 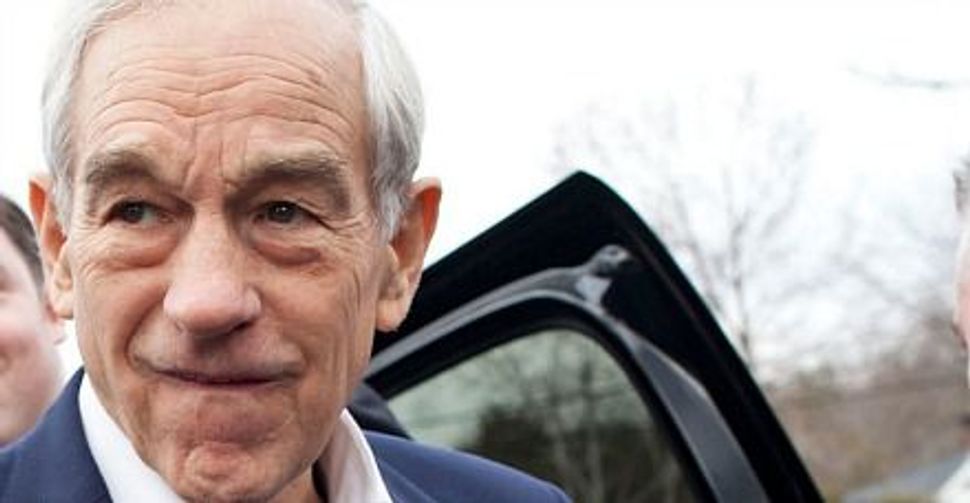 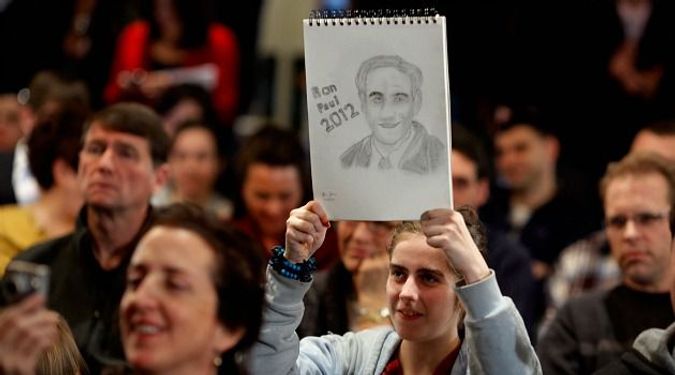 Ron?s Role: Despite Mitt Romney?s dominance, or perhaps because of it, Ron Paul and his controversial views on Israel could play an outsized role in the Republican presidential race. Image by getty images

Now that the New Hampshire GOP primary results are in, pro-Israel Republicans might want to sit back, take a deep breath and do some long, hard thinking. As much as they’d like to see President Obama booted from the White House next fall, they’d be wise to be careful what they wish for. Especially if they were watching television on victory night.

The operating assumption on the pro-Israel right — and, to be fair, in a healthy chunk of the center — is that Obama is no friend of the Jewish state. If Israel’s vulnerability keeps you awake at night, it’s natural to want a president who knows how to back our friends and oppose our enemies. That’s certainly how the Republican field presents itself, with the obvious exception of Ron Paul. The narrowing of the field, therefore, has to be a welcome thing for opponents of Obama.

If you’re accustomed to voting for Democrats, it’s probably a relief to see Mitt Romney emerge as the clear front-runner, given his background as a pro-choice Massachusetts moderate. Conservative Republicans still suspect he has adopted their language for marketing purposes and remains at heart the liberal he was in the Massachusetts governor’s mansion. If so, that should help disaffected Democrats feel comfortable with him.

After New Hampshire, though, the picture is getting a bit murkier. True, Romney appears all but unbeatable. He’s won twin victories in Iowa and New Hampshire, a one-two punch that no non-incumbent Republican has ever achieved before. None of his rivals seems even remotely positioned to overtake him.

On the other hand, he remains a weak favorite, disliked by his party’s powerful evangelical and conservative wings. The fact that he couldn’t break the 40% mark in New Hampshire, right on his home turf, after four years of nonstop campaigning, suggests he’s going to remain the candidate of last resort right up to the convention. A lot of Republicans just don’t like him.

Which brings us back to Ron Paul. Romney’s weakness gives Paul an unexpected measure of clout. For all his eccentricity, he’s been the surprise of the campaign, electrifying crowds of adoring young enthusiasts and crusty independents who’ve never followed politics before. His impressive showings, a strong third-place in Iowa and second-place in New Hampshire, prove he has the strength to stay in the race racking up delegates until the end. He’ll come to the convention in Tampa next summer well positioned to make demands.

Romney will ultimately win the nomination. Republicans will decide they have no alternative. To win the general election, though, he’ll need some enthusiasm from the party base. He’ll need his defeated rivals to bring their followers around and unite behind him. Most acutely, he’ll need Paul not to mount a third-party run, as he did in 1988. An independent Ron Paul campaign would guarantee Obama’s reelection.

In other words, Romney will need to appease Paul with platform planks and perhaps promises of administration positions for his allies. A stronger Romney could simply ignore Paul’s surge. But Romney isn’t strong.

Paul claims he’s neither anti-Semitic nor anti-Israel. He’s just wary of foreign entanglements. There’s evidence to the contrary, and it’s been well reported: The former aide who says he’s heard Paul say he wished Israel didn’t exist. The extremist and racist newsletters. Paul’s private mutterings aren’t the real problem, though. The problem is his unabashed isolationism. Should he gain real influence, his policy positions would directly endanger Israel. They would broadcast to Israel’s enemies that it no longer enjoys the umbrella of American protection. Remember, that’s the real importance of financial aid to Israel, and of a muscular American foreign policy. Israel can’t be defeated if America is actively behind it. Take that away and Israel is just a middle-sized regional power.

In the end, of course, it’s presidents that make foreign policy. A Romney White House would reflect the personal convictions of Mitt Romney. Whatever those turn out to be.

This is what made primary night television coverage so unsettling: the reminders that we don’t really know what Romney believes, and he may have no intention of telling us until he’s inaugurated.

Of all those reminders, the most chilling was the appearance of former New Hampshire governor John Sununu as a Romney spokesman. For those with long memories, it harkened back to the 1988 election, when Sununu was Republican candidate George H.W. Bush’s national campaign manager. Pro-Israel hawks were beating the drum for Bush that year, warning that Democratic candidate Michael Dukakis was a threat to Israel because Jesse Jackson was prominent in his party. Bush was Israel’s true friend, they said.

Nobody paid much attention to Sununu until after Election Day, even though the press was reporting some alarming facts about him (I remember, because I wrote the stories). One of the highest-ranking Lebanese Americans in national politics — and the only one then active in Arab-American community affairs — Sununu was also the only one of the 50 governors who refused to sign a 1987 proclamation saluting the 90th anniversary of Zionism and calling on the United Nations to rescind its Zionism-racism resolution. His reasoning was that governors shouldn’t dabble in foreign affairs — though he’d issued proclamations honoring Bastille Day and saluting Polish freedom on Pulaski Day. In 1988 he issued a proclamation honoring the veterans of the U.S.S. Liberty, an American naval vessel mistakenly attacked by Israeli jets in June 1967, causing 34 deaths. Sununu called the attack “vicious and unprovoked.”

Bush’s Jewish supporters insisted Sununu’s views didn’t reflect Bush’s. When word came out that Sununu was to be White House chief of staff, they said he wouldn’t be involved in Middle East policy. They said Bush was a devoted friend of Israel. Then we found out he wasn’t.

We hadn’t seen much of Sununu lately, until Romney went and found him. Or they found each other.

Watch What You Wish For, GOP