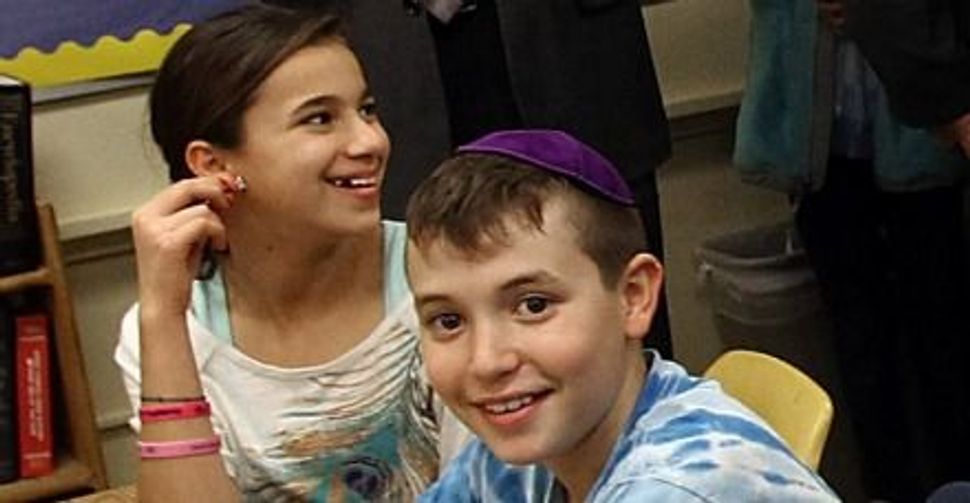 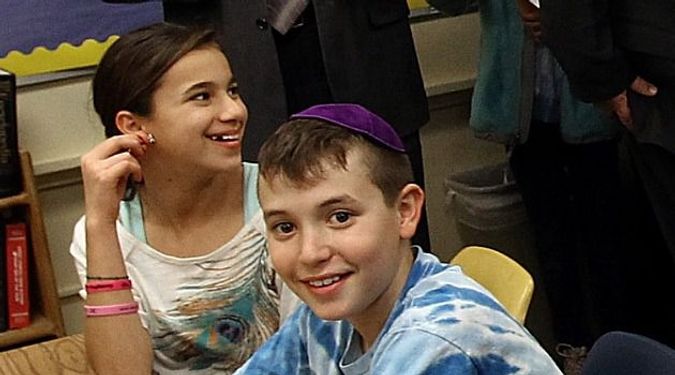 Declining, Not in Decline: Non-Orthodox day school enrollment is declining, but we should treat the data carefully. It?s unclear how the figures compare with participation in other areas of Jewish life. Image by getty images

The Avi Chai Foundation’s newly released data on current day school enrollments has drawn attention from many, including J.J. Goldberg in a column on these pages. Like Goldberg’s, these assessments have been mostly pessimistic, a reflection of findings that show a decrease in attendance in all but the Orthodox day schools. What is missing, however, in all these analyses is some important context. Without the right perspective, it’s easy to misread the day school numbers and miss the larger significance of the trends they portend.

The mere existence of the data is worthy of comment, as is the identity of the data compiler. Thanks to Marvin Schick’s yeoman’s efforts over the past 13 years, we possess detailed information on trends in day school enrollment. The same cannot be said about participation rates in any other form of Jewish activity, except summer camps, for which we have only partial information. We lack regularly published data on national trends in synagogue and organizational membership, supplementary schooling, trips to Israel and other forms of Jewish engagement. Why, one wonders, does a Jewish community that prides itself on its respect for knowledge continue to make policies based on such a profound absence of data about its most basic activities?

As a result of this data vacuum, we have only limited knowledge about how patterns in day school enrollments compare with participation in other areas of Jewish life — all the more reason to approach these data with caution. Goldberg’s immediate reaction to the Avi Chai numbers was to conclude that “day schooling isn’t catching on among non-Orthodox Jews, despite two decades and millions of dollars spent pushing the idea.” But isn’t the question, “as compared with which other institutions?”

Since Schick began his census reports in the 1998 to ’99 school year, non-Orthodox day schools have suffered a decline of 5% to 6%. It’s lamentable but not surprising — perhaps even impressive — in light of the deep recession and the decline in Jewish affiliation more generally. In these hard economic times and in light of the long-term trend toward disaffiliation, most synagogues, national organizations and federations wish they were merely “stuck in neutral,” to quote the headline of Goldberg’s column. And in comparison with plummeting Catholic parochial school enrollments and the declining share of students in all American non-sectarian private schools over the past 15 years, non-Orthodox enrollment figures in day schools look healthy.

The more meaningful questions for the community, though, are what difference the day schools and their graduates are making in Jewish life and whether that difference justifies renewed efforts to expand day school recruitment.

Day school proponents understand that the future leadership of the Jewish community will be drawn disproportionately from the cadre of day school alumni. How do we know? A little more than a year ago, Avi Chai released my own report on young Jewish leaders. Based on a survey conducted by Steven M. Cohen, we learned that 40% of young leaders in their 20s and 30s involved in the non-establishment sector of Jewish start-ups and 38% of those working in the establishment sector (synagogues, federations, long-standing Jewish organizations) had received a day school education. These day school graduates constitute a mere fraction of their non-Orthodox peers but nonetheless are massively overrepresented in the leadership cadres of the rising generation. The American Jewish community relies increasingly on day school products to serve as the energizing nucleus of Jewish life in this country.

How can it be otherwise? To be a Jew with strong commitments requires immersion in a culture that is different in language and concepts from the American reality. Whether one is an adherent of a particular strand of American Judaism or is a secular Jew with deep attachments to the Jewish people, it is difficult to connect to the sources of Jewish culture without a strong grounding in the Hebrew language in its different registers — biblical, rabbinic and modern. In order to relate sympathetically to the categories of Jewish thought, belief, cultural ideals and norms that are often different from contemporary American ways of thinking requires immersion in the texts and artifacts of Jewish civilization. Day schools offer the tools and experiences in a more sustained and intensive fashion than any other form of Jewish education.

Armed with the requisite skills and understanding, day school alumni are on the whole most likely to invest themselves in the needs of the Jewish public, building on their knowledge and love of Jewish life to contribute disproportionately to all manner of Jewish endeavor because they have been socialized to identify with tzorchei tzibbur, the needs of the Jewish collective.

And, contrary to those who fear that day school education leads to insularity, alumni of intensive Jewish educational institutions also are active in the civic sphere of American life, bringing the wisdom of Judaism into the public square.

Does this mean that day schools are the only “answer to assimilation,” to use Goldberg’s phrasing? Of course not. The same philanthropists who have invested heavily in day schools also support residential Jewish summer camping, trips to Israel and other forms of immersive Jewish education. For those philanthropists, it is not a zero-sum game. But here’s the rub: Only a small fraction of all American Jewish youths are exposed to any of these forms of intensive Jewish education. And so, the American Jewish community finds itself perpetually engaged in self-described remedial education for Jewish adults, whether they are college students or older adults who seek entry-level courses to make up for what they never learned as youngsters.

To break out of this cycle would require a concerted communal effort to increase the numbers of young Jews exposed to the best Jewish education available. If, as we often hear, American Jewish leaders seek to stimulate a “Renaissance” of American Jewish life, the surest way to do so is to encourage ever more families to enroll their children in Jewish day schools.

Jack Wertheimer is a professor of American Jewish history at the Jewish Theological Seminary and director of the Avi Chai Foundation’s center for policy and research.