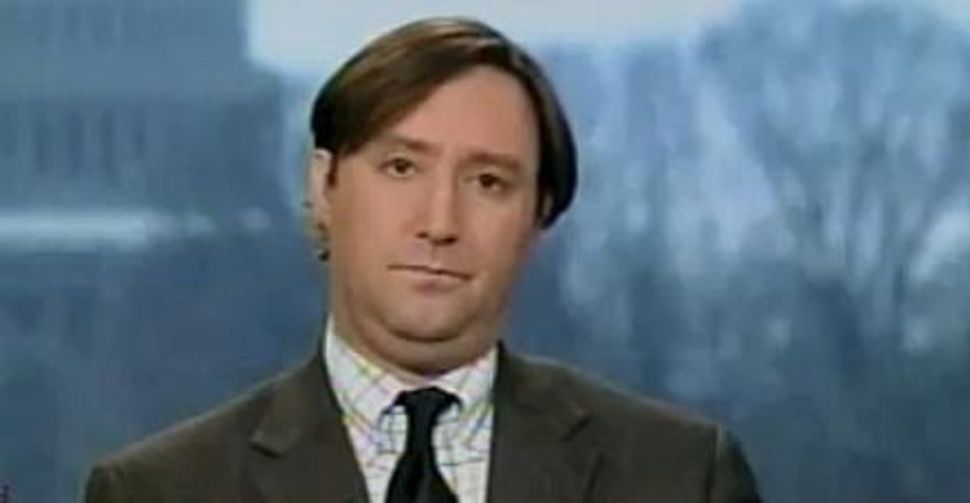 The decision in late December by Rachel Kleinfeld, founder of the Truman National Security Project, a defense-oriented Democratic think tank, to sever publicly all ties with former fellow and ex-AIPAC spokesman, Josh Block, brought to an end what was an ugly episode in Washington’s Israel-focused policy community. Block had orchestrated a sloppy smear campaign against a group of progressive writers and bloggers with the aim of painting their dovish views on Israel as beyond the pale of acceptable discourse. His specific target was two left-leaning think tanks, Media Matters and the Center for American Progress, where I have been a senior fellow since 2003.

The whole episode was kicked off by a story in Politico by Ben Smith on December 7, in which he relied on a dossier collected by Block to paint a picture of the two think tanks as “challenging a bipartisan consensus on Israel and Palestine that has dominated American foreign policy for more than a decade,” motivated not by substantive political differences, but by, you guessed it, anti-Semitism (the piece failed to get comment from some of Block’s targets and was so hastily written that it was amended multiple times after publication). Block had also sent a memo to a right-wing listserve in which he detailed his accusation against CAP and Media Matters, including, among other things, that my critiques of Israel were “borderline anti-Semitic.”

In Kleinfeld’s email cutting off ties with Block, she wrote, “This has nothing to do with your policy views, and is a decision solely made on the basis of the need for this community to privilege the ability to debate difficult topics freely, without fear of mischaracterization or character attacks.”

Block’s purpose, aided by those publications that picked up and amplified his message, was not merely to smear the reputations of the individuals and institutions he named, but to shut down open and honest discussion of the Middle East within influential political circles. For instance, Block argued that “policy or political rhetoric that is hostile to Israel, or suggests that Iran has no nuclear weapons program, has no place in the mainstream Democratic party discourse.”

Of course “hostile to Israel” is a matter of opinion. But with regard to his claim that there is broad agreement that Iran’s is developing nuclear weapons, Block was simply seeking to banish reality, much as Republican candidates like to pretend that global warming is a scientific conspiracy. As AlterNet’s Joshua Holland has reported, the view that Block insists “has no place in mainstream” debate, as it happens, is shared not only by the International Atomic Energy Agency, but also by James R. Clapper, the U.S. Director of National Intelligence.

The fact that Block chose me as a target also demonstrates the sloppiness, if not the actual nuttiness, of his choice of smear tactics. The Forward, after all, is not in the business of offering columns to anti-Semites. Not too many anti-Semites are members of two separate Torah study groups, university teachers of self-generated courses on Jewish culture, frequent university lecturers on American Jewish history or the proud authors of their daughters’ May 2011 bat mitzvah ceremony.

Moreover, as part of my “pro-Israel” credentials, I could have mentioned that in the context of The Nation’s readership and many of the publication’s writers and editors, I am often attacked as no better than AIPAC and as some sort of Zionist fifth-columnist. (The impresario of the extreme left-wing website, “Electronic Intifada,” Ali Abunimah, recently described me as the “archetypal ‘liberal’ Zionist who hides his hatred of Palestinian babies behind concern for Israel’s nonexistent democracy.”)

To be honest, however, I find it a bit shameful to roll off all my Nice Jewish Boy credentials in response to Block’s attack. The fact is, my non-Jewish colleagues at CAP — indeed, all Americans — should be able to criticize Israel’s actions irrespective of their ethnic identity. Indeed, I cannot help but admire CAP for providing them with the opportunity to do so in the first place. Peace is literally impossible without an expansion of the universe of the possible, whether here, in Israel or in Palestine. But Block’s attack on CAP was factually inaccurate regarding its strong support for Israel and the peace process.

Much more significant is our willingness to defend the principle of open debate against its enemies in our own community. Personally, I happen to care a great deal more about the welfare of Jewish Israelis than I do about Palestinian Arabs or most other people in the world. But I don’t see why my fellow countrymen and women should be asked to feel — much less act — the same way.

The bifurcation of the Israel/Palestine debate is at least partially the product of a simplistic media mindset that insists there must be only two sides to every issue and that the only question regarding Israel is either “pro” or “anti.” But the very meaning — and with it, political ownership — of the term “pro-Israel” is changing.

Until recently, “pro-Israel” was interchangeable with “pro-Likud.” Hardliners, the leaders of most Jewish organizations and most American politicians simply echoed whatever Israel’s right-wing leadership said it wanted, and this view enjoyed the stamp of “pro-Israel.” Dissent from the right was acceptable. AIPAC and other Jewish organizations, together with prominent neoconservatives, sought regularly to undermine the peace process under Yitzhak Rabin and Ehud Barak. But God help the dovish dissenter who thought maybe this or that Palestinian happened to have a point.

Today, however, thanks in part to organizations like J Street, Americans for Peace Now and the Israel Policy Forum, and to publications like this newspaper, among others, those of us who care deeply about the fate of Israel and worry that its current leadership has put it on a destructive path are no longer vulnerable to the McCarthyite onslaught that has historically accompanied such pronouncements. One can sense considerable panic about this development on the “pro-Israel” right wing. Conservatives like Jennifer Rubin, The Washington Post’s Israel-obsessed right-wing blogger, were quick to run with Block’s ridiculous accusations. A Wall Street Journal blogger repeated them under the banner “Democrats for Buchanan,” and David Horowitz’s FrontPage.org called its article on the controversy [“Center for American Progress’s Anti-Semitism Exposed in Mainstream Media.”

A similar sort of hysteria could be seen in recent reactions by noted neocon Elliott Abrams, who compared comments about Israel of which he did not approve by both the New York Times’ Thomas Friedman and Time’s Joe Klein to that old reliable “blood libel.” Meanwhile, on hearing of the Truman Security Project’s decision to disassociate itself from Block, the Weekly Standard’s William Kristol complained, “It is now impossible to be unapologetically pro-Israel — and publicly hostile to those who are anti-Israel — and remain a member in good standing of the liberal and Democratic foreign policy establishment.”

But just as McCarthy’s tactics wore themselves out over time, so, too, does Jewish McCarthyism appear, by virtue of this incident, to be on its last legs. Everyone so accused by Block still has a job and the confidence of his or her respective employer. Block, on the other hand, has seen one think tank gig end and seen himself denounced by his own business partner. A third employer, the Progressive Policy Institute, has distanced itself from his comments but has not so far seen fit to let him go. Score one, therefore, if not for the “pro-Israel” side, then at least for the right to keep arguing about what it really means.

And after all, what could be more Jewish than that?

Forward columnist and nice Jewish boy Eric Alterman just happens to be at work on a book, to be titled “Good for the Jews! A Mindful Minion of Power, Culture and Celebrity.”