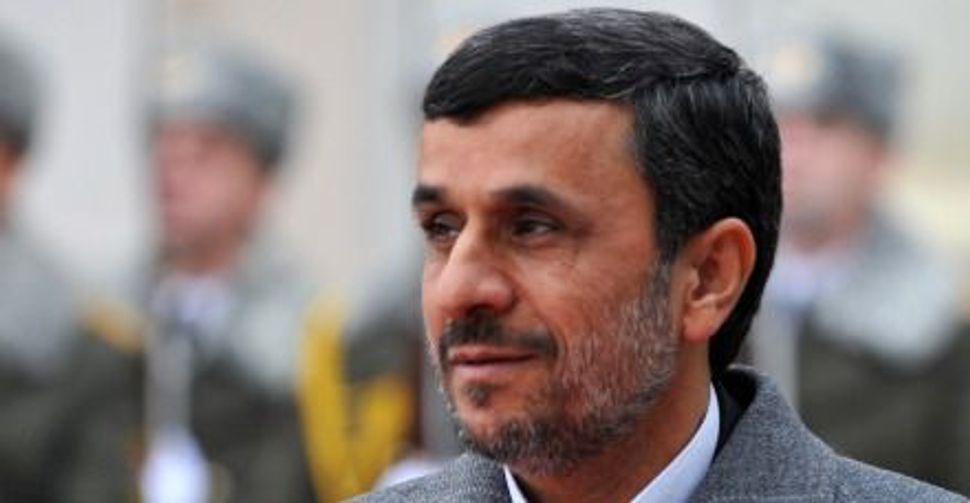 The new year begins with a blizzard of stories, reports, analyses and exhortations about the threat of a nuclear Iran and the means — if they exist — to stop it. For now, we will leave it to the experts to argue over whether a military strike can be effective, prosecuted by Israel alone or with some assistance, acknowledged or not, from the United States. Our concern for the moment is more political and civic: What happens the days after? And is the public ready for the consequences?

By public, we mean both Israelis and Americans. For even though Benjamin Netanyahu’s government has made it clear that it will go it alone if necessary in preventing what it considers an existential threat, Israel’s actions will inevitably draw in the United States. We ought not to pretend otherwise. American lives will be at risk of retaliation, just as Israelis will be, just as the citizens in both countries will bear the cost of regional chaos, disruption of the oil supply and potential terrorist reprisals.

And is the public ready? Not so far.

First, Israel. A November 2011 poll commissioned by Haaretz found the public there evenly split — 41% in favor of an attack, 39% opposed, the rest undecided. A Brookings Institution poll released in December found a similar divide, with 43% of Israeli Jews opposed and 41% supportive. Israel’s Arab population, however, is far more negative about an attack, and when its opinions are included in the survey (as they should be), the balance shifts, with more Israelis opposing. Given the ubiquitious debate on the issue in the Israeli media and the aggressive stance of government officials, this communal ambiguity is not insignificant — it either means leaders have still not done enough to educate their public about the danger of a nuclear Iran, or people know and are still opposed.

This is a significant point because Israel’s readiness to sustain the consequences of Iranian retaliation is reportedly one of the conditions that must be met before an attack is launched. In his recent New York Times Magazine cover story, Ronen Bergman, a respected Israeli analyst and journalist, argued that Israeli leaders “have grappled with questions of how it will manage the repercussions” by strengthening the country’s civil defenses, holding civilian disaster exercises and distributing gas masks to the population.

But in a subsequent interview with the Forward, Bergman walked back from those assertions, and even some Israelis who favor an attack and believe it will happen this year bemoan the shortage of shelters and gas masks, and the overall lack of preparation. Meir Dagan and Rafi Eitan, former leaders in the Mossad who have been outspoken in their opposition to a pre-emptive strike against Iran, also have said flatly that the homefront is not ready.

Neither are Americans. Polls here routinely show that Americans have no appetite for yet another conflict with yet another country, despite the belligerant swagger heard on the Republican presidential campaign trail.

Of course, strong leadership looks beyond polls and public recrimination to take the courageous moves essential for survival, and it may be that both Prime Minister Netanyahu and President Obama, separately or in concert, decide that the costs of inaction are too lethal. But leadership also must do all it can to minimize the collatoral damage of a strike, and there, it seems, while Obama has mobilized strong international support for sanctions that appear to be having an effect, Netanyahu has fallen short.

If Iran is the greatest threat to Israel’s survival, if Mahmoud Ahmadinejad is the 21st-century Adolf Hitler, if Israel stands in the shadows of a second Holocaust, then one would expect the prime minister to do all he could to strengthen Israel’s standing in the world community and take other, serious distractions off the agenda, or at least minimize their presence. Yet despite entreaties by the United States. and many others allies, Netanyahu continues to employ stalling tactics in peace negotiations with the Palestinians, while extending the reach of settlements in disputed territory and declining to engage in the sort of tension-easing offerings that could help win diplomatic friends.

Those who support attacking Iran sooner rather than later argue that even the worst-case scenario for the days after could not be as horrific as the specter of a nuclearized nation run by a maniacal, anti-Western dictator unleashing its own retaliation, engaging its terrorist proxies to do so or triggering an “accidental Armageddon,” in Jeffrey Goldberg’s words. This is an awful choice, and a fair reading of history leaves little opportunity to see what genuinely could have made a difference.

But gone are the days when elected governments can act unilaterally in defiance of their publics. The Arab Spring and its counterparts are messy and inconclusive, but the forces they represent, compounded by the reach of social media and rising expectations, are very likely unstoppable. This is all the more reason for Israeli leaders to mean what they say and say what they mean to a public that remains skeptical, unprepared and anxious for what might be its greatest challenge yet.