Islamophobic Film and Its Jewish Backers 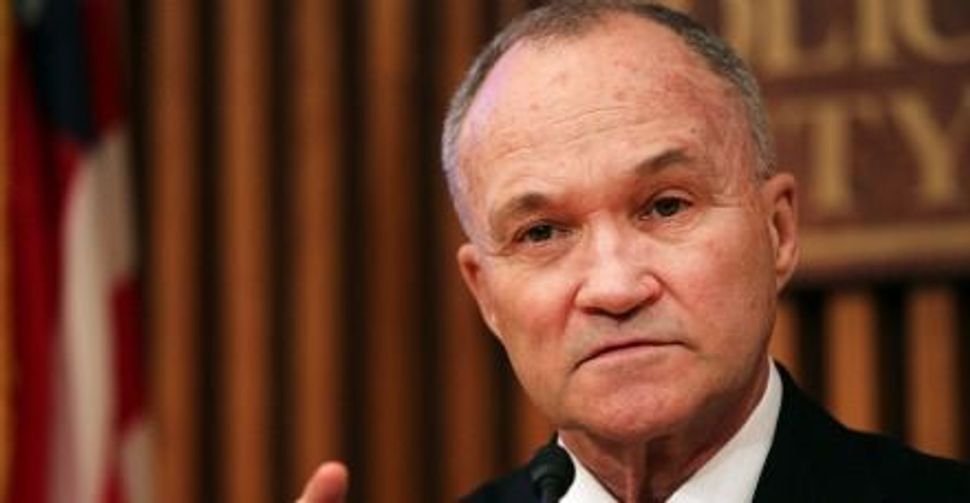 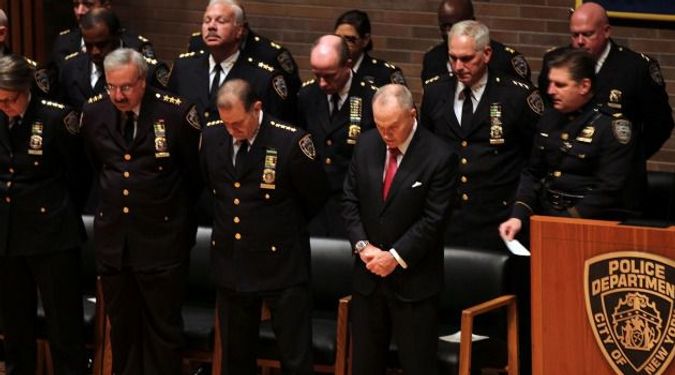 Wrong Message: New York City Police Commissioner Ray Kelly is under pressure over a video with anti-Muslim messages that was shown to recruits. Image by getty images

The New York Police Department is caught up in a tangled spat with the city’s Muslim community and assorted liberal groups over counter-terrorism measures that seem to have crossed the line into rank anti-Muslim bigotry. The department’s chief spokesman has made matters worse by repeatedly offering explanations of police actions that turned out to be false. Some critics are now calling for his dismissal.

In a sense, it’s just the latest case — several cases, actually — of minority rights versus over-zealous law enforcement, post-9/11. This case is more complicated than most, however.

For one thing, the embattled police spokesman, Paul Browne, is an old and trusted aide of the NYPD’s popular commissioner, Raymond Kelly. That raises the political stakes.

For another thing, one of the flashpoints, the screening of a shockingly anti-Muslim film at an NYPD counter-terrorism training facility, brings the Jewish community into the dispute. The 72-minute film, “The Third Jihad,” is produced and distributed by a small non-profit organization, the Clarion Fund, that shares staff and an address with a well-known, Jerusalem-based Orthodox outreach organization, Aish HaTorah. This adds a layer of volatility to discussions of the film’s anti-Muslim bias.

There is such a thing as Islamic terrorism. Muslim discontent and terrorist violence are linked in too many world trouble spots to ignore. Public probing of the issue is often derailed, alas, by automatic accusations of Islamophobia against the probers. On the other hand, there is such a thing as Islamophobia. It is real, widespread and insidious.

But public probing of Islamophobia equally risks being hobbled by accusations of anti-Semitism against the probers. In the end, both communities harbor their own extremists and allow them to demonize the other side, while resisting honest examination of their own.

Launched in 1974 as an outreach yeshiva in Jerusalem’s Old City, Aish is now a multimillion-dollar international organization marketing a slick package of Haredi theology and homespun spiritual teaching combined with a broadly conservative political message.

Through the Clarion Fund, Aish combines efforts with neoconservative ideologues on the Clarion board like Daniel Pipes, Frank Gaffney and James Woolsey, whose hardline attitude toward Muslim discontent meshes well with the messianic strain in Israeli Orthodoxy.

“The Third Jihad” purports to show that “radical Islam” is at war with the West in a “battle for the very civilization and way of life that we believe in,” in the words of one on-screen expert, Walid Phares, a Clarion board member. True, the film opens with a claim, in text on a blank screen, that it “is not a film about Islam. It is about the threat of radical Islam. Only a small percentage of the world’s 1.3 billion Muslims are radical.” But the rest of the film undercuts that assertion with a barrage of claims about the irreconcilable values and “relentless determination” of Muslims and Islam.

One interviewee says Christians and Jews are “persecuted” in “every one of the countries where there is a Muslim majority.” Another claims “Islam is the fastest growing religion in the world” and is “also thought to be the fastest growing religion in America.” Another says “they do see the fertility rate as a key element of conquest.” Yet another, Princeton historian Bernard Lewis, says “this is a global, cosmic struggle between religiously defined civilizations.”

The film was produced by Raphael Shore, Clarion Fund founder, who is also described in an Aish HaTorah publication as one of its rabbis. The Aish.com website plugs two earlier films by Shore, “Crossing the Line: The Intifada Comes to Campus” and “Relentless: The Struggle for Peace in Israel,” plus several written works.

The dust-up over NYPD’s use of the film began in January 2011, when the Village Voice reported the film being screened at a counter-terrorism training facility. NYPD spokesman Browne responded dismissively, calling it a “wacky” movie that was screened just “a couple of times” to a few officers. Browne also said on-screen appearances by his boss, Kelly, had been lifted from old footage.

But a year later, on January 24, the New York Times reported in a front page article that the film had been screened in a “continuous loop” for somewhere between three months and a year, beginning in 2010, and seen by close to 1,500 officers. It cited documents uncovered by New York University’s Brennan Center for Justice after a nine-month Freedom of Information Act struggle. A separate report by the Associated Press said Kelly’s appearance did not come from old clips but from an interview for the film.

The Times called Clarion’s financing “a puzzle,” citing federal income tax forms showing about $1 million income per year “except in 2008, when it booked contributions of $18.3 million.” Think Progress, however, posted a document purporting to be a Clarion donor list. Among others, it shows $27,880 from the New York Jewish Communal Fund in 2007 and $75,000 from the Jewish Community Federation of San Francisco in 2008-2009. Other donors include bingo king Irving Moskowitz and clothier Sy Sims.

The disclosures come at a bad time for NYPD relations with the Muslim community. Last August, the department was reported to be conducting secret surveillance within the local Muslim community, including of people who were not under suspicion. Browne flatly denied those reports until documents surfaced proving they were true. The new disclosures about the “Jihad” film thus surface in an atmosphere already thick with rancor.

Tensions are likely to mount as more becomes known about how the film found its way into the Police Academy. If the messianic, millennialist wings of Islam and Judaism are allowed to turn New York’s public policy debate into their battleground, everyone will suffer.

Islamophobic Film and Its Jewish Backers