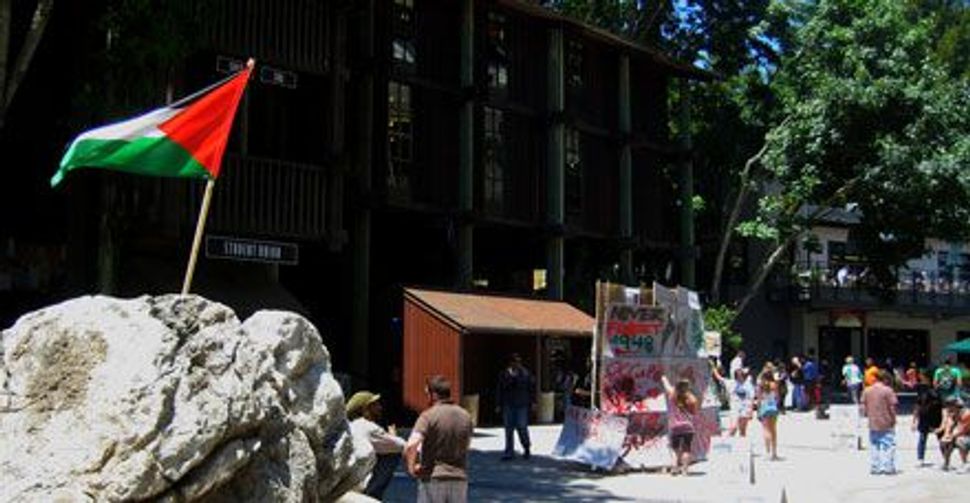 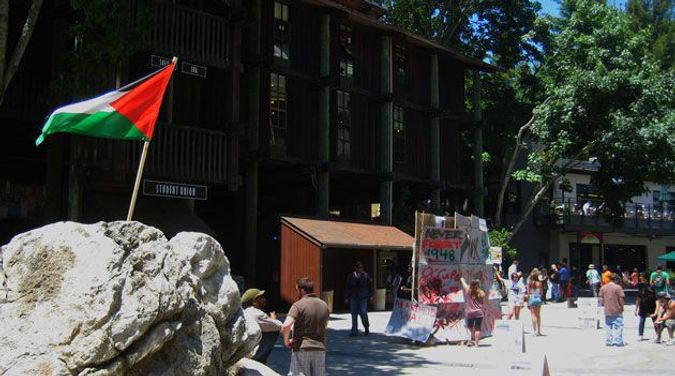 Mark Yudof, president of the University of California, claims that two federal complaints against his university, alleging a hostile environment for Jewish students, are without merit. While expressing general support for the recent extension of the provisions of Title VI of the 1964 Civil Rights Act to include Jewish students, Yudof does not believe that the situation on UC campuses rises to the standards of the federal statute. He recently told the Forward: “I think it is about people engaged in abhorrent speech on our campuses. But I am skeptical at the end of the day that with those two instances we will be found to be in violation of Title VI.”

As a lecturer at the University of California, Santa Cruz, and the author of a Title VI complaint filed on behalf of Jewish students at my university, which has been under investigation by the U.S. Department of Education since March 2011, I strongly disagree with Yudof’s assessment.

Although he implies that the primary target of my complaint is “abhorrent speech” on campus, this is simply not so. Rather, my complaint focuses on university faculty and administrators who have regularly and egregiously abused their positions as employees of a public university and violated the tenets of their profession to promote their own virulently anti-Israel political agenda, which in turn has had deleterious effects on many Jewish students.

Consider the following examples included in my complaint:

1) A conference titled “Alternative Histories Within and Beyond Zionism” took place at UCSC, sponsored by eight departments. Four professors and one graduate student, none of them scholars of Israel or the Middle East, though all of them self-proclaimed anti-Zionists and anti-Israel activists, delivered papers demonizing the Jewish state, denigrating its founding ideology and promoting efforts to harm Israel, such as divestment campaigns. The five talks were replete with lies, distortions and gross misrepresentations of the facts, including claims that Zionism is racism; Israel is an apartheid state; Israel commits heinous crimes against humanity, including genocide and ethnic cleansing; Israel’s behavior is comparable to Nazi Germany, and Jews exaggerate the Holocaust as a tool of Zionist propaganda. All five speakers agreed that Israel should be dismantled as a Jewish state.

2) A UCSC community studies class designed to train social activists was taught by a professor who described herself in her online syllabus as an active participant in the “campaign against the Apartheid Wall being built in Palestine” and used her class website to encourage students to protest Israel’s “destructive actions“ outside the Israeli consulate in San Francisco. The professor’s course readings, chosen to incite hatred of the Jewish state, contained unreferenced statements such as the following:

“Israeli massacres are often accompanied by sexual assault, particularly of pregnant women as a symbolic way of uprooting the children from the mother, or the Palestinian from the land.”

“We define Zionism as a settler-colonial political movement that seeks to ethnically cleanse historical Palestine of the indigenous population and populate it as a Jewish-only state.”

These examples and many others found in the complaint contain language that clearly meets the working definition of anti-Semitism adopted by the U.S. Department of State, including rhetoric that denies the Jewish people their right to self-determination (such as by claiming that Zionism is racism); that applies a double standard to Israel’s behavior not applied to any (for example, blood libel); that compares Israeli policy to that of the Nazis, and that accuses the Jewish people and the State of Israel of exaggerating the Holocaust.

As a result of their experiences with such university-sponsored, anti-Semitic expression, Jewish students at my university have expressed feeling emotionally and intellectually harassed and intimidated by their professors, isolated from their fellow students and unfairly treated by administrators. Some have even reported leaving the university, dropping classes, changing fields of study and hiding symbols of their Jewishness.

Ultimately it is up to the federal government — not Yudof — to determine whether there has been a violation of federal law at UCSC, and it is important to point out that the DOE would never have initiated an investigation of my complaint had it been deemed frivolous or lacking in merit.

If Yudof truly valued the protections that Jewish students have recently been afforded under Title VI, he would not pass premature judgment on my complaint. Rather, he would simply welcome the federal investigation of a UC campus and the opportunity it could provide for understanding and addressing the serious problem of anti-Jewish bigotry.

Tammi Rossman-Benjamin is a lecturer in Hebrew and Jewish Studies at the University of California, Santa Cruz.