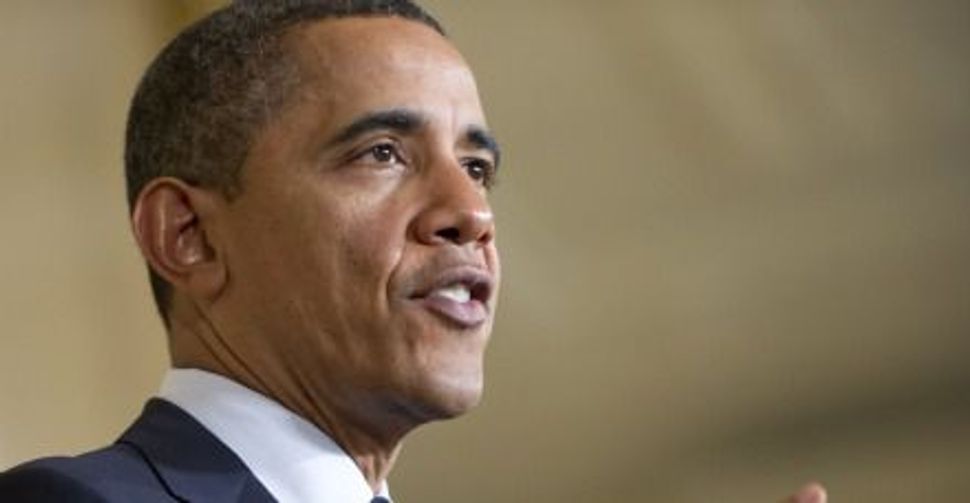 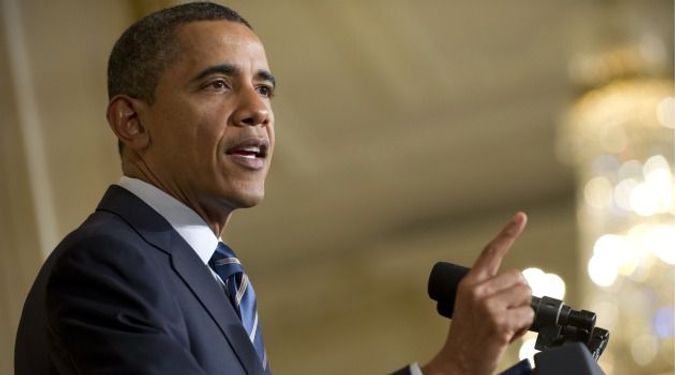 Unhealthy Edict: President Obama portrayed his health plan as a reflection of tikkun olam, the Jewish obligation to do good by others. Forcing religious groups, whether Jewish or Christian, to accept contraception coverage, violates that edict. Image by getty images

Say what you will about the principle of tikkun olam, but you can’t confuse it for something else. This central tenet of liberal Judaism means only one thing: Fix the world as it is, and you will be serving God.

Feed the hungry. Heal the sick. Mend a broken heart. End war. Stop injustice. These are acts that focus the Jew on problems of collective pain. Tikkun olam creates a mission for the Jew to go out into the world and solve problems. Whether the repair work is any good is debatable; that the mission is divinely inspired is incontrovertible. At least that’s what we have been told to believe since the term became a mantra more repeated than the Sh’ma.

But here comes the hard part, especially for those Jews for whom tikkun olam is a political rallying cry. President Obama, in 2009 and 2010, appealed directly to rabbis in telephone conference calls for their support for his health care reform proposals. In those calls, he called his efforts consistent with the principle of tikkun olam. By providing access to health insurance through taxpayer-funded subsidies, he said, the government would be ending one of the great social welfare problems of our time.

Many rabbis agreed, and opined from their pulpits that indeed, ObamaCare is the very expression of tikkun olam. Forget for the moment that many of these same rabbis would have flinched and howled if a Republican had suggested their own policies were an expression of the will of God and Jewish law. They agreed to support the president because they believed, in the tradition of their faith, that ending a social ill through the agency of the state accords with the wishes of the Almighty.

Now, it seems, the rules have changed. The Obama Administration issued guidelines that would force religious institutions with broad service missions to purchase government-approved health insurance for their employees. Such health insurance would be required to include coverage for contraception, abortifacient drugs and sterilization. The Catholic Church, which runs hospitals, schools and food banks with broad social service missions, finds this requirement profoundly offensive and is resisting. As a compromise, the Obama

Administration has offered a new proposal that would allow the insurance companies to offer the coverage even if the Church won’t pay for it.

The Obama Administration has held – and continues to hold – that if a religious institution wants to serve the community as a whole and employ people who do not subscribe to their faith, what they do is functionally not a religious mission at all, but a public one. In other words, you can practice your faith when it applies only to you. When it applies to other people, you can’t. Given the special freedoms from state oversight and control accorded to religion under the laws of our Constitution – freedoms which have served the Jewish people particularly well – this is a significant assertion.

It would also be a surprise to people who believe in the mission and message of tikkun olam. All this time, they have been painting homes, feeding the hungry, serving the indigent and doing other good works under the theory that what they do in the community at large, serving Jew and gentile alike, is religious in nature. They have acted with religious intent and religious purpose for the general welfare of the community.

They have assumed that Judaism does not occur only within the confines of a synagogue or a home, but in the world at large. They believed that what they did in the community mattered to God on high. Whatever benefits accrued to the community were fine, but what really mattered was that they were observing God’s commandment, as they understood it, to repair the world.

So much for that. The Orthodox Union, in reacting to the Obamacare decision, recognized exactly what the ruling means: “If a religious entity is not insular, but engaged with broader society, it loses its ‘religious’ character and liberties,” said Nathan Diament, its executive director for public policy.

One wonders whether the political instincts of many liberal Jews will blind them to the underlying challenge to their core religious belief. Especially in the Reform and Conservative movements, tikkun olam has been the rallying cry of countless bar and bat mitzvah speeches and high holiday sermons for decades. Although they may attempt to look past this issue as a problem only for Catholics, they will soon begin to understand its implication for them.

If tikkun olam is to retain any meaning, it must mean what it has always meant: Judaism as a faith is expressed in actions benefitting all of society, not just Jews. It must be defended by these same liberal Jews and liberal denominations against this redefinition by the Obama administration.