The Loss of Our Very Own ‘Agony Uncle’ 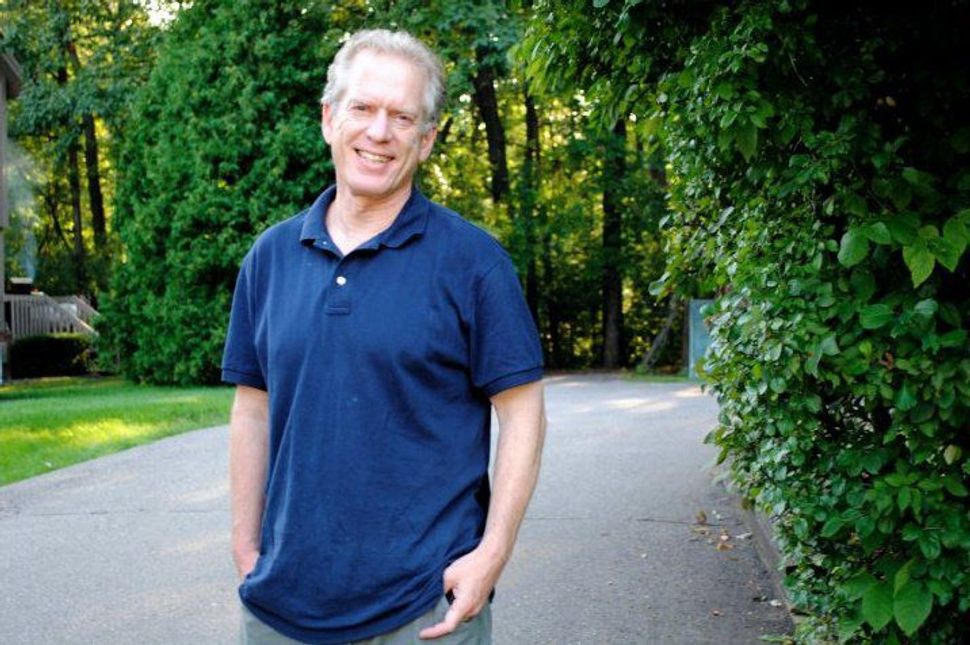 Jeffrey Zaslow wasn’t a therapist, and he didn’t have a wealth of life experience, when he was plucked from among 12,000 applicants to succeed Ann Landers as an advice columnist for the Chicago Sun-Times in 1987. But the 28-year-old features reporter was as empathetic as he was astute, and he had the ability to communicate his good advice in a way that felt neither didactic nor doctrinaire.

Zaslow, who died in a car accident last week, spent 14 years on the Sun-Times’ advice beat. By the time the Forward recruited him for a month-long (volunteer) stint as our very own “agony uncle,” he was working as a Wall Street Journal columnist, and had a best-selling book (“The Last Lecture,” written with Randy Pausch) under his belt. Zaslow was hard at work on his next book (“The Girls From Ames”), but agreed, nonetheless.

In March 2009, as our Bintel Brief guest columnist, Zaslow took on readers’ queries with his signature brand of advice: It was sensitive but sensible, substantive but succinct, ecumenical but Yiddishkeit-infused.

When a young mother asked whether or not she should continue making frequent trips to see her mother-in-law even though all the air travel with a toddler in tow was taking its toll, here’s how Zaslow began his reply:

It was easier when we all were back in the shtetl, wasn’t it? Our mothers-in-law were living a few houses down, and were always there for babysitting or kvelling or telling us exactly how we should raise our children because they knew everything and we knew nothing.

On second thought, there are benefits to a little modern-day distance.

He advised the reader to level with her mother-in-law about the hassles of traveling with a young child, and, to consider buying an able-bodied bubbe an airline ticket or two, so that she might do some of the schlepping herself.

When another reader asked how long after a break-up he should wait to contact a woman whose profile caught his eye on JDate, he replied:

Well, you can wait until you’re finished reading my response, but there’s no need to wait any longer than that.

Life is short, my friend.

Zaslow died February 10, after losing control of his car on a snow-covered road in northern Michigan. He was 53, and leaves behind a wife and three daughters.

His most recent book was “The Magic Room,” a non-fiction portrait of a small-town bridal shop, and the thousands of women who passed through its doors over the years. That book was published last month, and the author was on the way home from a reading at the time of the accident.

He also co-authored, with Gabrielle Giffords and Mark Kelly, “Gabby: A Story of Courage and Hope,” published in November.

With Zaslow’s death, the world has lost a unique talent, and the Forward has lost an esteemed friend.

The Loss of Our Very Own ‘Agony Uncle’