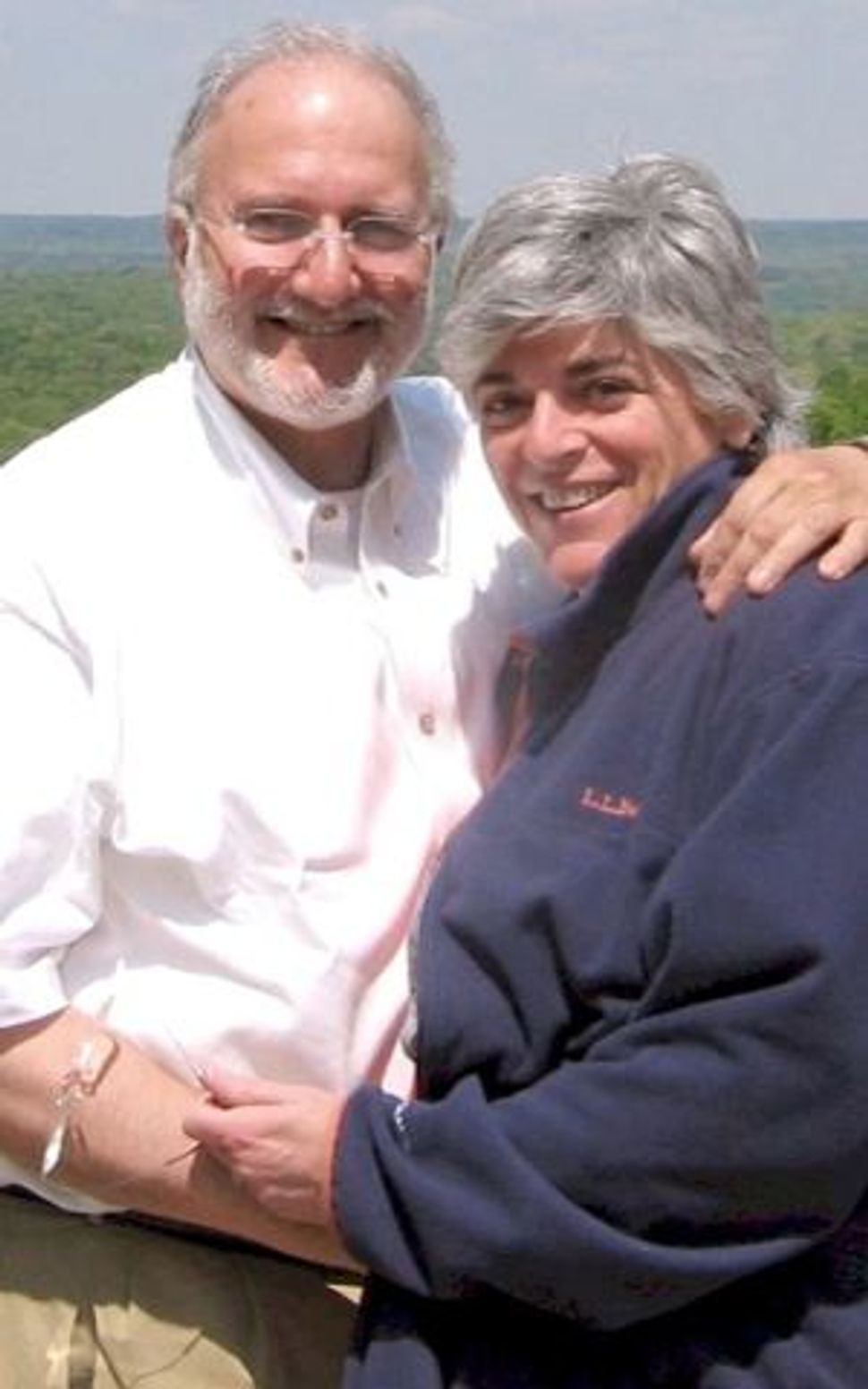 Alan and Judy Gross Image by Courtesy of Gross family

I’ve been following the Alan Gross saga for the past two years now and have often felt alone. The story of the seemingly hapless technology expert who found himself jailed in Cuba for trying to help the miniscule Jewish community connect to the internet has never gotten much pickup among American Jews and has elicited only a handful of stories in the mainstream press.

I thought I wouldn’t hear more about Gross’s case until the day a deal was struck for his freedom — he was put on trial last March and sentenced to fifteen years in prison. And then an AP story came out this weekend providing more detail on what got Gross in hot water in the first place, based largely on his own reports of his five trips to Cuba in 2009.

The big revelation of the piece is the extent to which Gross knew he was engaged in, as he put it in one report, “very risky business.” He was bringing in a large number of sophisticated electronic devices like laptops, smartphones, hard drives and networking equipment in order to help set up uncensored wifi centers for Cuba’s Jews. And he was doing so in covert ways, including dividing up the equipment among his traveling companions, described in the article as unnamed “American Jewish humanitarian groups.”

In short, he was not the “trusting fool” he described himself to be in his trial, someone who was “duped” and “used.” The article strongly suggests that he was fully aware of the danger involved in what he was doing and took great risks to carry out his task, which still seems to have been the setting up of internet access for Cuban Jews — that part of the story has not changed.

How does this alter our understanding of the Gross case?

For one thing, it sheds a bit of light on why the American Jewish community has been so mum when it comes to his plight.

A year ago, the family told me that it had to do with their decision to go for the quiet diplomacy of secret negotiations with the Cubans. The lack of noisy protests and vigils had to do with their request that things be kept at a low simmer. At the time, Judy, Alan’s wife, even told me, “I think his cause needs to be taken up as a humanitarian cause, and I think it needs to go public, but I don’t think it’s a Jewish issue. The problem is between Alan and the Cuban government.” Then the trial happened and Judy finally used last year’s General Assembly as an opportunity to herald the Jewish community to the cause. But not much has happened since. He has not become another Natan Sharansky or even Jonathan Pollard. The silence has been telling.

I’m speculating, of course, but I wonder now if what was revealed by the AP was known at some level by Jewish leaders, who chose to keep their distance from this case. Did they not want to undermine their own credibility by defending a man who seemed to have courted his own sad fate?

On the other hand, these new revelations don’t change much about the contours of the charge against Gross. He had always said that his company, contracted out by USAID, was there to link up the Cuban Jews with the outside world. The only thing that is new is the extent to which he knew he was tempting the Cuban authorities to catch him and the sophistication of the equipment — one special SIM card he used is mostly employed by the Pentagon and the CIA. But Gross was just engaging in activities that USAID carries out all over the world when they are dealing with closed societies, frequently smuggling in prohibited material, such as books and shortwave radios. USAID officials have even said that they have used contractors to bring in software to send encrypted messages over the Internet.

Ultimately, the big takeaway from the piece is the disconnect between how USAID perceives its work in a place like Cuba and how it is actually received by the authorities in that country. Officials of the American agency might have thought that they were doing nothing subversive by funding the efforts of Gross, but from the perspective of Havana, any attempt to provide unfettered access to the outside world is seen as dissident activity meant to undermine the regime. ‘

This is surely a central tension in the work of USAID, which is structured simply to aid economic and social development in poor countries. Mark Lopes, a deputy assistant administrator of the agency said in the AP article that there was nothing covert or classified about USAID’s work and though they are promoting democracy, they are not targeting specific regimes. “For USAID, our democracy programs in Cuba are not about changing a particular regime. That’s for the Cuban people to decide, and we believe they should be afforded that choice,” he said.

But if you are operating in a place like Cuba, with an authoritarian regime, any attempt to promote democracy, even conducted in open daylight (let alone by smuggling in Ipods and SIM cards), is going to be perceived as an existential threat. Ultimately, it seems Gross simply fell into this gaping paradox, a hole in which he is now stuck.