You Can’t Pray the Gay Away 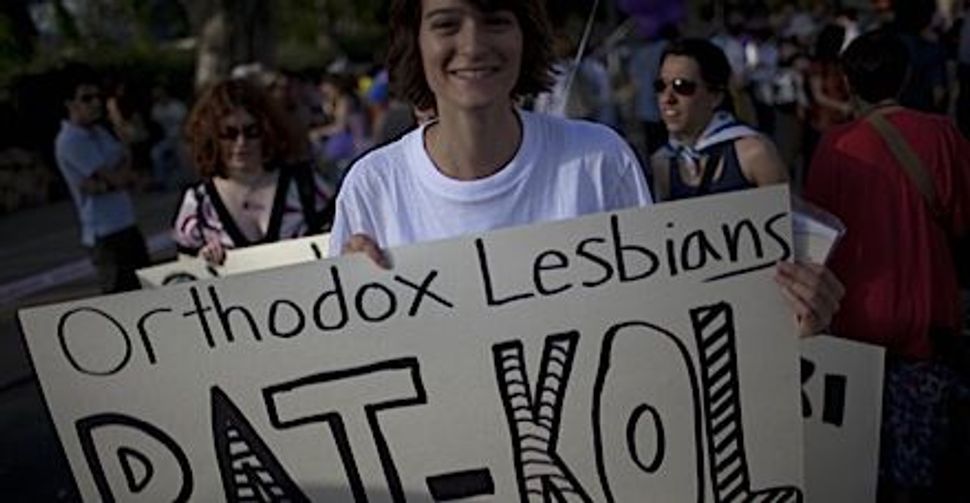 ‘Reparative therapy” for gays and lesbians, which attempts to “change” sexual orientation and is neither reparative nor therapy, is the last gasp of bad theology. 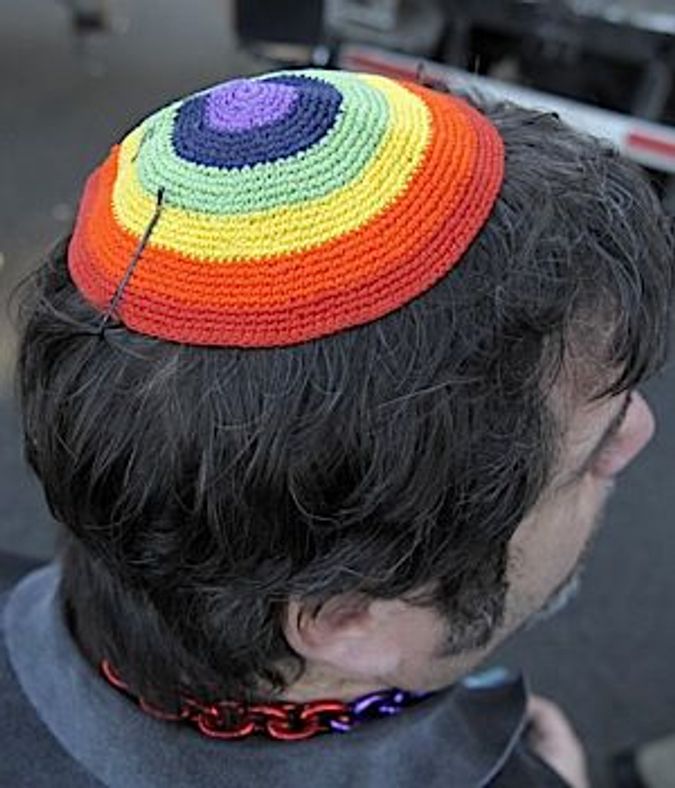 Not Going To Change: You can?t ?pray the gay away,? Jay Michaelson writes. Image by Getty Images

It exists to solve a theological crisis. On the one hand, Jews are told that God loves us and that “it is not good… to be alone.” (Genesis 2:18) On the other hand, the longstanding over-application of two verses in Leviticus condemns thousands of Jews to a life of deceit, self-loathing and aloneness.

In response to this crisis, the vast majority of American Jews have chosen to read the verses more narrowly. On their face, and as understood by Rashi, these verses apply to only one sexual act between men. They exist in the context of prohibitions against idolatry, from a specific historical time. So there is no reason to read them so broadly as to harm hundreds of thousands of gay and lesbian Jews. To do so may have made sense before we understood human sexuality — but it doesn’t anymore.

Some Jews, however, are still trying to save the old, overbroad interpretation. They do this by maintaining, despite the evidence, that there are no gay and lesbian Jews at all. We are simply engaging in homosexual acts, and our choice or propensity to do so is changeable.

This view has been discredited by the scientific community and by the lives of countless gay men and lesbians. But it has resurfaced in the rightward flank of the Orthodox movement: in a “Torah Declaration on Homosexuality,” signed in January by a number of Orthodox and ultra-Orthodox rabbis, and in a recent op-ed in these pages, by Avi Shafran of Agudath Israel.

This view is overtly a response to the theological crisis stated above. As the Torah Declaration states, “The concept that G-d created a human being who is unable to find happiness in a loving relationship unless he violates a biblical prohibition is neither plausible nor acceptable.”

Unfortunately, it is also demonstrably false. And like the medieval Catholic Church desperately defending the view that the sun revolves around the Earth, rabbis spouting bad science make religion look foolish. Worse, they cause very real abuse suffered by very real people.

Here are facts: Homosexuality is a trait. Due, like most traits, to a combination of nature and nurture, it is basically unchangeable. There is indeed evidence that, as the pop song has it, we are “born this way”: Neuroscientist Simon LeVey’s 2010 book “Gay, Straight, and the Reason Why,” for example, discusses studies showing how the hypothalamus — the region of the brain most responsible for sexual behavior — is different in gay men and straight men, with gay men’s more closely resembling that of women.

But apart from neuroscience, LGBT people are people. There are millions of us, and we are capable of understanding and communicating our own experience. And we are reporting that sexuality is a trait, part of our souls, and something to celebrate and affirm — that it’s a gift and not a predicament. Are all of us really so deluded that our testimony cannot be taken seriously?

(Incidentally, that some people experience their sexuality as fluid, and not reducible to a simple gay/straight binary, does not change the experience of the rest of us.)

We also know that “reparative therapy” is fruitless. Exodus International, the Christian “ex-gay” organization, has never released statistics showing its success rates, obviously because the rates are abysmal. Indeed, many of the founders of Exodus itself are now leading proudly gay lives and disavowing their previous ideas.

In fact, recent Exodus literature has given up on the notion that sexual orientation can be changed. Really, they say, the best that one can hope for — and the kind of “success” Shafran speaks of — is that men can “function sexually” with women, hopefully with only a few relapses.

Is this really “success”? A gay man fantasizing about other men while he “functions sexually” with his wife? I wonder if anyone has asked his wife.

But, of course, the real story is even worse, because “reparative therapy” is not merely fruitless; it is harmful. For every isolated “success” story, there are hundreds of horror stories. As the director of Nehirim, a national LGBT Jewish organization, I have met many young men who suffered through sexual abuse at the hands of unlicensed “therapists.” I have met others who were clearly traumatized by the brainwashing that such people put them through. One even had to strip naked and touch his genitals in the presence of a supposedly ex-gay “life coach.” Do you think well-meaning parents would send their children to such places if they knew what was in store for them?

For this reason, rabbis and Jewish leaders like Shafran have a responsibility to objectively investigate the validity of “reparative therapy” and offer informed advice, unclouded by a theological wish that the scientific data were otherwise.

This is why I applaud the recent decision by the (Orthodox) Rabbinical Council of America not to allow a Jewish “reparative therapy” organization — headed by an ex-felon, incidentally, and with no medical or psychiatric professionals on staff — to carry their endorsement. It’s an intellectually respectable and important first step.

To maintain that this abusive, fraudulent sham might conceivably be a good idea is to put a stumbling block in front of unknowing but well-meaning parents. This is why those of us concerned with the psychological, spiritual and physical well-being of klal yisrael have objected so loudly to anyone who endorses it. Because real lives are at stake.

We say this not because of our cultural perspective, nor even our perspective on Torah. Rather, we say it because of the scientific facts and the psychological realities, and because of the many people we know who have been harmed. There is a reason, as Shafran admits, that no “mainstream medical professionals” advocate praying away the gay. It doesn’t help, and usually harms. To pretend that there is any real controversy about this because of a handful of unnamed, uncredentialed “others” is dishonest, even if it solves a theological problem.

It also makes Judaism look ignorant and backward. Ironically, the “Herculean” efforts to read those two Torah verses narrowly — decried by Shafran and the Torah Declaration — are far more likely to maintain the beauty of the Jewish way of life than tortured efforts to hitch theology to pseudoscience.

Eventually, the folly of “reparative therapy” will be as obvious as that of Galileo’s persecutors. But in the meantime, we cannot allow even one more parent to unwittingly send a child to be abused. The price of bad theology must not be paid by innocent young adults.

Jay Michaelson is the author, most recently, of “God vs. Gay? The Religious Case for Equality” (Beacon, 2011).

You Can’t Pray the Gay Away