No Esther, No Purim 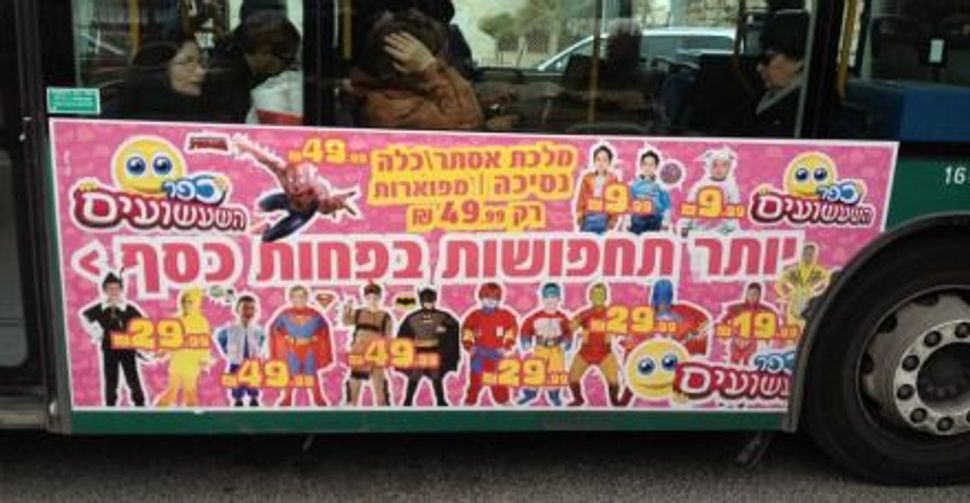 One of the latest skirmishes in Israel’s gender battles is over an advertisement from a popular store in Beit Shemesh in which the faces of girls modeling Purim costumes were blurred. Turns out that a Haredi newspaper blotted out the faces without the store’s knowledge, “out of respect to our readers,” was the official line.

It got us thinking: How can anyone possibly erase women from the Purim story? The deliverance of the Jews from the evil hands of Haman could not have happened without the courage and consistency of Esther — and without the chutzpah of Vashti, who paved the way for Esther’s ascension to the throne.

Note to the Haredim: You can try to take Purim away from women, but you can’t expunge women from this holiday. It’s called the Book of Esther, after all. Purim sameach.

No Esther, No Purim