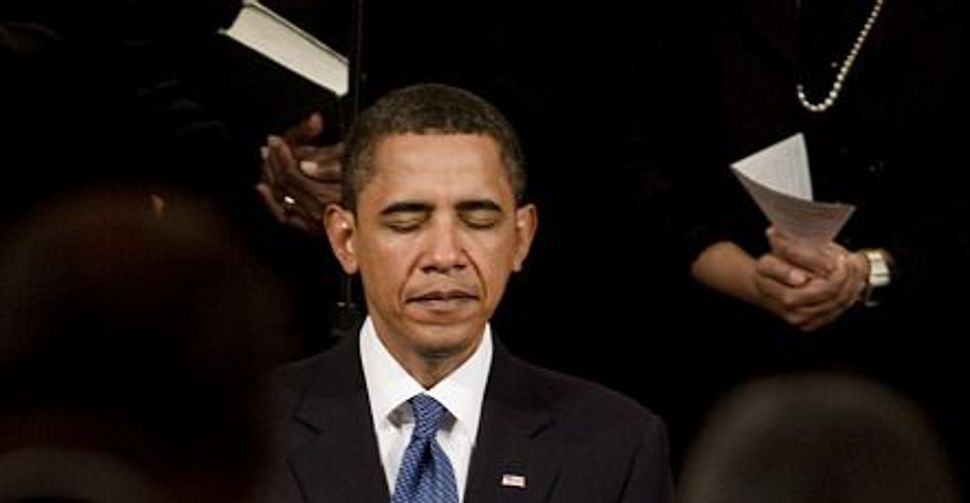 A survey by the Democratic firm Public Policy Polling, released the morning of the Mississippi and Alabama primaries, found that about half of the Republicans queried believe that President Obama is a Muslim. We use the word “believe” here purposely, because this is indeed a matter of belief, not fact. The fact is he’s a Christian — even if only 14% of those polled in Alabama and 12% in Mississippi think so. (The rest, ahem, were not sure.)

As David A. Graham pointed out in The Atlantic, the problem with this poll is not just the finding, but the fact that the question keeps being asked, because doing so reinforces a pernicious lie that is difficult to scrub from the public imagination.

Clearly the perpetuation of this lie speaks to something in these voters. “Muslim” is synomymous with the “other,” the designated enemy for those who crave a binary formula to make sense of a chaotic world. In our opinion, it also helps explain the fierce affection for Israel among some evangelical Christians, and the politicians who covet their votes. Israel is a Jewish state; but perhaps just as important, it is not a Muslim state nor, more accurately, a state with a Muslim majority.

Rather than dismiss this sentiment for its blatant ignorance, we should meet it with caution. The constant need to single out an “other” can come back to haunt us, too.