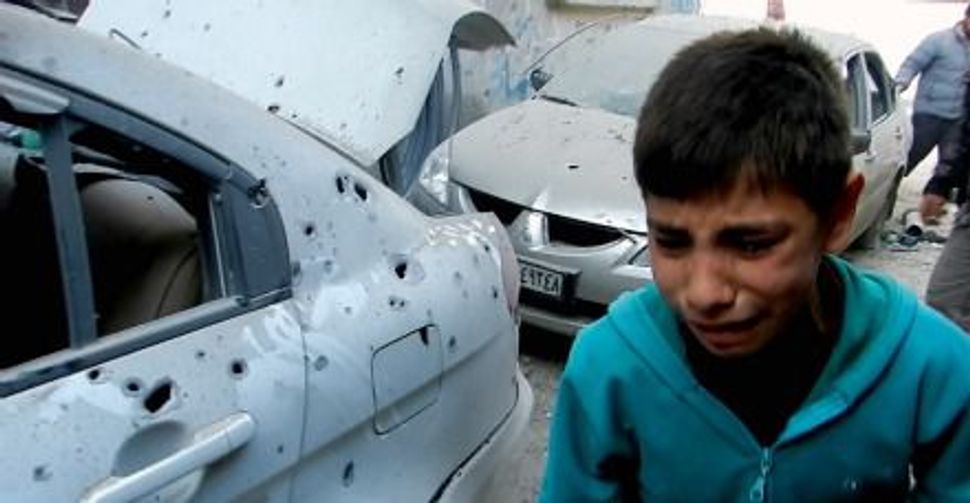 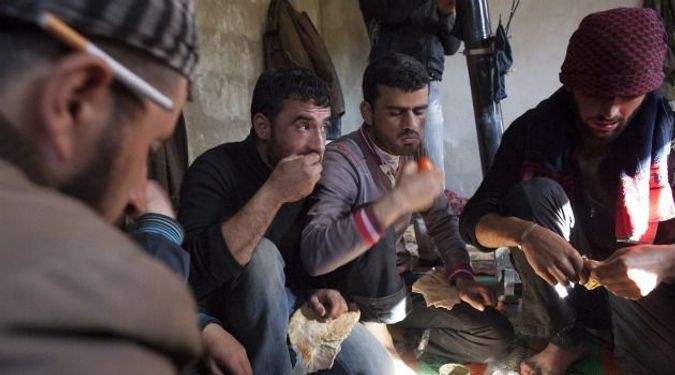 Pitfalls and Opportunities: Israel is hardly involved in the revolutionary events in Syria. Yet, because Syria is politically and historically the most central of the Arab states, the fate of the revolution there could affect Israel in many ways. Image by getty images

Of all of Syria’s neighbors, Israel is the least involved in the revolutionary events there, and wisely so. Turkey is arming and training an opposition army; Lebanon is the main avenue for smuggling weapons to the rebels; Jordan is sheltering refugees and may be supplying arms to the opposition; Iraqi Sunnis are helping Syria’s Sunni opposition, while the Shi’ite-dominated regime in Baghdad tilts toward the Alawite regime in Damascus. Kurds in Syria, Iraq and Turkey are weighing their options. Iran is actively aiding the regime of President Bashar al-Assad.

Yet, because Syria is politically and historically the most central of the Arab states, the fate of the revolution there could affect Israel in several significant ways.

One is by absorbing refugees. Israel understands that it is not a candidate even for humanitarian intervention on the ground in Syria, simply because its motives would be, in every conceivable instance, interpreted by its neighbors as malevolent — that is, to conquer Arab territory. But Syrians fleeing for their lives may not have the time or opportunity to weigh the pros and cons of choosing the Israeli Golan.

Another possibility for Israel’s involvement — highly unlikely, but ominous — is Syrian aggression against it. In the current situation of growing anarchy, the Assad regime could conceivably decide to attack Israel, using its own missiles or a Hezbollah proxy from Lebanon, in the hope of distracting regional and international attention from the domestic situation in Syria and rallying Arab public opinion to its side. Assad, his influential cousin Rami Makhlouf and Hezbollah leaders have all threatened precisely such an attack in the event of a deteriorating situation.

A more likely worst-case scenario in which Israel could feel impelled to intervene proactively involves Syrian strategic weaponry. Syria has a huge stockpile of chemical warheads and missile delivery systems. If the Assad regime is losing its grip on vital ordnance that could be captured by Al Qaeda forces or some other radical Islamist rebels or breakaway military faction and used irresponsibly, Israel might feel impelled to bomb these installations.

At a broader strategic level, the impact on Israel and the region depends on two different sets of very broad and uncertain circumstances. First, will the Alawite/Baathist regime headed by Assad prevail or be driven from power? And second, will there be outside intervention beyond the limited scale we are aware of thus far?

As matters stand, the regime in Damascus remains fairly united, enjoying the loyalty of most of the army, while the opposition appears to be hopelessly splintered and unorganized. Thus the possibility of regime survival must be taken very seriously.

A post-revolution Alawite-ruled Syria (the Alawites are an offshoot of Shia Islam) would be able to rely on only Iran for support, and to a lesser extent on Shi’ite elements in Iraq and Lebanon, as well as on Russia and China. The rest of the world, and especially the Sunni Arab world and the West, would condemn it and deny it aid. The regime would be more isolated than ever if and when it triumphs, and would be impoverished and torn by societal strife.

Most significantly for Israel, successful suppression of a Sunni-dominated revolution would strengthen the Alawites’ ties with Iran and its proxies and allies. This could only impact negatively on the broader issue of Iran’s nuclear program and growing tensions within the triangle of the United States, Israel and Iran. From this standpoint, Israel has every reason to desire the downfall of the Alawite regime in Damascus: It would constitute a major blow to Iran’s prestige and its penetration into the Levant.

Moving to the possibility of outside intervention and its effect on Israel’s interests, the only real option for an increasingly concerned international community is to use force — despite the disunity of the Syrian opposition. Under present circumstances no international diplomacy, including that by former United Nations secretary-general Kofi Annan, can succeed. The Alawite regime in Damascus is fighting for its life and clearly believes that any serious concessions in favor of political reform or power sharing could spell disaster for its interests and even death and persecution for Syria’s 2 million Alawites.

Even an attempt to provide large-scale humanitarian aid would ultimately require force. France and Turkey have reportedly proposed creating “safe zones” and “humanitarian aid corridors” linking up from the Turkish border with Syria to besieged Syrian cities. Unless the regime’s armed forces have collapsed, they are likely to oppose such an initiative. And it would quickly turn into a bloody military invasion.

Over the past month, the regime has successfully thwarted, in Homs and Idlib, opposition attempts to create geographic enclaves capable of hosting an intervention or anchoring a humanitarian corridor. Moreover, thus far all concerned in the international community have rejected the option of armed intervention. The Saudis, Qataris and Turks suffice with the supply of funds and weapons, and the Americans and the West shun even that possibility.

Another option might be attacks from the air on military and other strategic sites inside Syria. In the United States, Senator John McCain and others are advocating that Washington adopt this strategy as it did in Kosovo and Libya. This would require extensive air cover to neutralize the Syrian Air Force and air defenses, which would fight back.

Any of the options outlined above could lead to a regional Shi’ite-Sunni Cold War. Iranian, Iraqi and Lebanese Shi’ites would actively support Assad, while Iraqi, Turkish and Jordanian Sunnis would aid the opposition. Indeed, the conflict in Syria could “go regional” even without external state intervention and already may be heading in that direction.

This could mean, in effect, the fragmentation of Syria into ethnic enclaves — Sunni, Alawite, Kurdish, Druze and Christian — that merge with the surrounding region, and the erasing of Syria’s borders as boundaries of the conflict. Tension over influence in Syria and Iraq and among the region’s Kurds could pit Iran against Turkey. Once again, political Islam would claim it has the solution, while Al Qaeda and like-minded jihadist groups would exploit the anarchy to create even more.

Israel might benefit from some of these developments and be hurt by others. It would definitely be heavily affected.

Given this huge potential for escalation and regional chaos, it is not hard to understand why intervention does not seem desirable. It is also easy to appreciate why Syria’s non-Sunni ethnic and religious minorities tend to prefer the “stability” of Assad’s rule over the alternatives, and why even neighbors such as Israel, with its vested interest in pushing Iran out of the region by witnessing Assad’s defeat, are not of one mind about the direction of the bloody events in Syria.