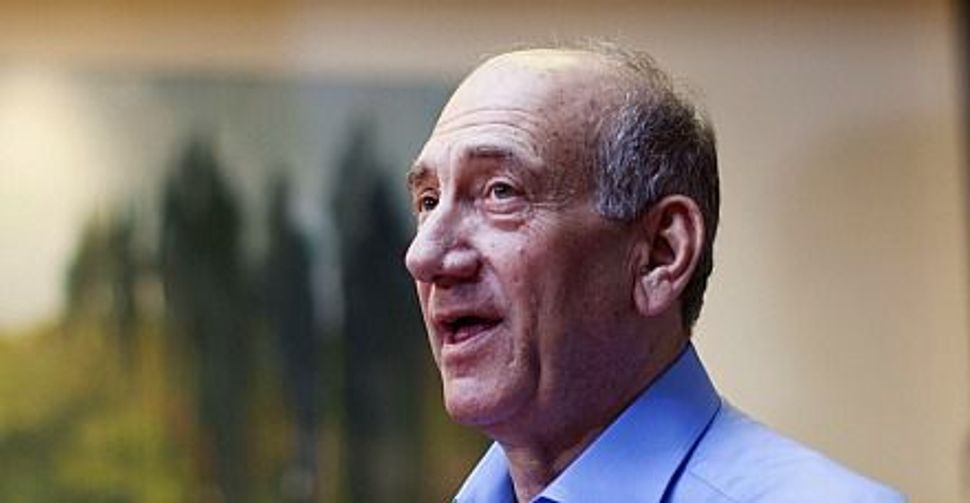 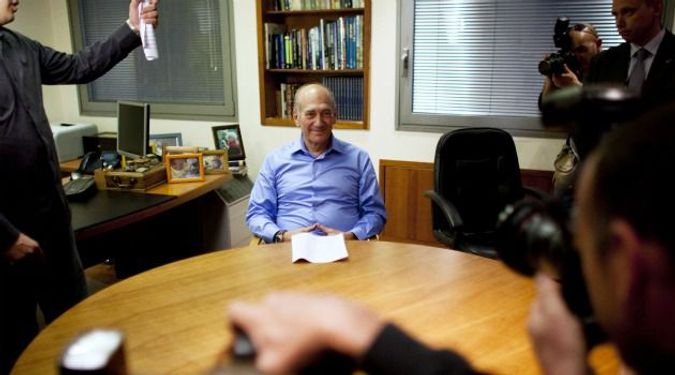 J Street’s decision to offer Ehud Olmert the keynote address at the peace lobby’s annual conference indicates a loss of moral compass. When Olmert takes to the podium tonight, delegates will applaud the Israeli prime minister who orchestrated the punishing siege on Gaza, launched two wars, killing 2,500 Lebanese and Palestinians and pulverizing their infrastructure. He was Israel’s only prime minister since Yitzhak Shamir not to withdraw from territory Israel occupied following the 1967 war. Israel’s leading human rights organization, Btselem, a participant in this year’s J Street conference, called the invitation a mistake.

Undeniably, Olmert speaks a more humanitarian language than most Israeli politicians on the right. During his 2006 election campaign for Israeli prime minister, he promised to withdraw from the West Bank, unilaterally if need be, to something akin to the 1967 lines. But he balked. When the moment of reckoning neared, he waged war, first in Lebanon shortly after his election, and then in the winter of 2008 when he invaded Gaza. By his own admission, he and Palestinian President Mahmoud Abbas were just then close to agreeing to the small print of a two-state settlement. Olmert had also accepted Prime Minister Recep Tayyip Erdogan’s offer to mediate a peace agreement with President Assad and then, once talks had begun, torpedoed them with a Gaza adventure that embroiled Israel in allegations of war crimes. He lambasted Israeli settlers for their attacks against Palestinians, but continued to sponsor and defend their expanding settlements.

It might be that Olmert’s warmongering was unwitting, and that the blood that he has on his hands was forced by so many adverse events on his watch. Both the Lebanon and Gaza wars were retaliation for intense cross border attacks from Hezbollah and Hamas, including thousands of rockets that rained down on southern Israel. But he was leader of the region’s most powerful state, not a mere victim of circumstance. When the moment called for caution and cool appraisal, Olmert showed himself a loose cannon, jeopardizing the lives of Arabs and Jews alike. He seemed forever tugged back by the moorings of his early career when he denounced peace with Egypt and was Jerusalem’s most hard-line mayor to date.

As prime minister, his sugar-coated words stood at odds with his actions. He lambasted Israeli settlers for their attacks against Palestinians, but continued to sponsor and defend their expanding settlements.He endorsed a sovereign Palestine, but when Palestinians elected their own government sought to topple it, first by withholding the Palestinian customs revenues required to run it and then with a punishing siege, which he refused to lift even when Gazans agreed to hold fire. He denied Gaza such basics as fuel and toiletries, and reduced the enclave back to the age of donkey travel. Gaza’s plight triggered an escalation, which spiraled first into Gilad Shalit’s abduction and then full-scale invasion.

By contrast, Prime Minister Binyamin Netanyahu has captained a more steady ship. While sparing his public the pipes of peace, he has repaired much of his predecessor’s damage. He has eased, considerably, the siege on Gaza and removed many of the roadblocks and obstacles that Olmert retained across the West Bank. He has brought back Israel’s captured soldier alive, in exchange for a mass Palestinian prisoner release. He even halted the settlement construction Olmert pursued, just for a bit. The military occupation of the West Bank remains with all its associated injustice, but while Olmert rushed to escalate and radicalize, Netanyahu has largely calmed. Contrast Netanyahu’s sanguine and low-key response to the cross-border attack near Eilat last August with Olmert’s ill-judged rush into war following a less violent penetration of its border with Lebanon. Even a government-appointed commission condemned Olmert’s judgment as “misguided and rash.” Olmert insists that that ending the conflict justified his lethal means. Netanyahu has been more circumspect about shedding blood for elusive goals.

At a time of regional upheaval, J Street could have played a constructive role in reaching out to the region’s new actors, and attempting to bridge the polarization. At least for balance, it might have found the courage to invite representatives of some of those Olmert killed. Instead J Street has given its platform to a man indicted for corruption who exacerbated the conflict and lost the confidence of his electorate. Olmert has not come to J Street to promote the cause of peace. More likely, he has come to whitewash his reputation and airbrush his past. Israel’s public will see through the charade, even if J Street, in a far-off fantasyland, cheers. By honoring Olmert’s words and condoning his actions, J Street risks giving peace, Israel and itself a bad name.

Nicolas Pelham has worked as a journalist and analyst in the Middle East for 20 years. He currently reports for The Economist from Jerusalem.