Who Speaks for Israel? 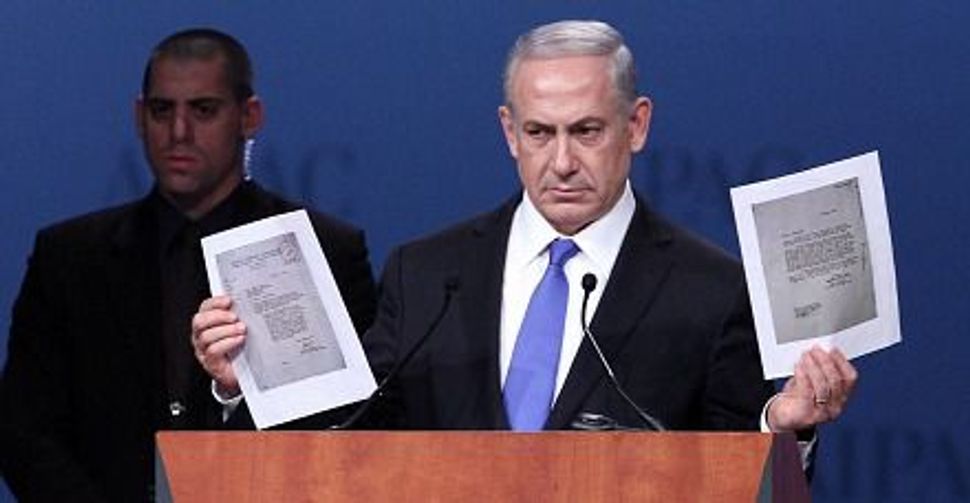 The back-to-back national policy conferences of the American Israel Public Affairs Committee and J Street — the Jewish version of March Madness for Israel advocates — have now concluded. The subtext of these gatherings is a desire to represent American Jewish opinion in the halls of Congress, the inner sanctum of the White House and the broader public square. Are you pro-Israel à la AIPAC? Or in the J Street mold?

The headlines from both organizations speak to two different existential threats facing the Jewish state of Israel. An AIPAC advocate — and there are still many more of them, with far more political muscle than the upstart J Street — would likely give a one-word answer: Iran. The J Street sound bite is only a little longer: Further delay in achieving a two-state solution with the Palestinians threatens Israel’s Jewish and democratic character.

Here’s the irony: Neither position is warmly and uniformly embraced by the Israeli public. So the organizations in America that strive, with the very best of intentions, to support the State of Israel may actually be out of step with many of the people of Israel.

AIPAC is the more avowedly bipartisan of the two groups, its legendary political strength on great display with the president himself and lawmakers from both sides of the congressional aisle in attendance this year. Its pleas that the United States take an even harder line on Iran lest it develop a nuclear weapon also fell on friendly ears. In America, anyhow. In Israel, the reception is far more complicated.

Prime Minister Benjamin Netanyahu and Defense Minister Ehud Barak seem increasingly intent on a military option to prevent Iran’s nuclear development from proceeding. But it’s not clear that they have the backing of their own Cabinet, nor what may happen if the new leader of Kadima, Shaul Mofaz, joins the government.

We do know that key members of the security and defense establishment have been vocally against an Israeli raid and that public opinion is, at best, mixed. A March poll by the Jerusalem Center for Public Affairs showed that 65% of Jewish Israelis believe that attacking Iran to stop its nuclear program would be less harmful to Israel than living under the shadow of an Iranian nuclear bomb. But a February poll by the Israel Democracy Institute found that a nearly-equal number of Jewish Israelis, 62%, were against attacking Iran without American cooperation. Hardly conclusive.

In fact, public opinion is more likely to consistently embrace negotiations with the Palestinians, at least according to the polls. That same IDI survey found deep skepticism among all Israelis, Jews and Arabs, that talks between Israel and the Palestinian Authority will lead to peace in the coming years. But they want it, bad. Sixty-six percent of Jews, and 70% of Arabs, favor negotiations. That sentiment, though, is hardly heard among the many Israelis who are more concerned about economic issues these days.

Sound public policy cannot be shaped purely by public opinion, especially when that opinion is as unclear and fluid as all these polls indicate. But this reality check ought to humble those at AIPAC and at J Street who believe they know with unbridled certainty what’s best for Israel and her citizens.

Who Speaks for Israel?