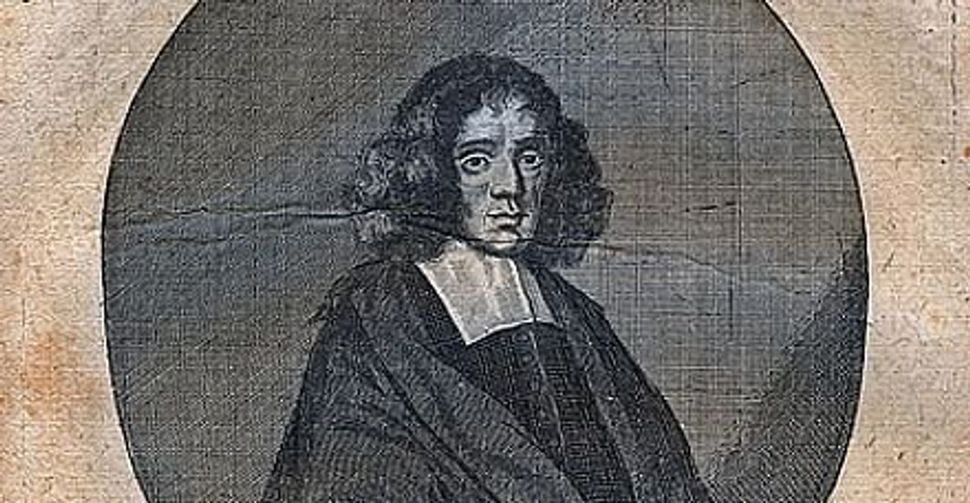 After more than 350 years of enforced exile, Baruch Spinoza has been invited back into the Jewish community — at least by the people who participated in a mock trial and symposium at Theatre J in Washington D.C. earlier this month. The vote was 108 to 41. The controversial writ of excommunication was lifted by a trio of rabbis who made the pronouncement and then ceremoniously snuffed out a black candle. 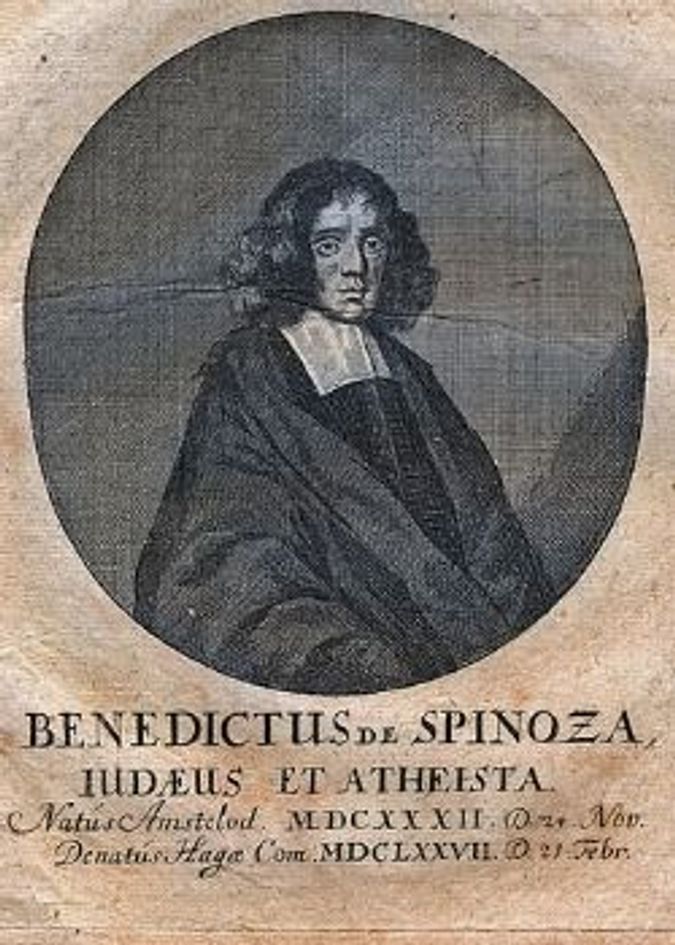 Dramatic Decision: Participants at a recent symposium reenacted the 1656 decision to banish the controversial philosopher from Amsterdam?s Jewish community. Image by flickr/stifts

Yes, this was theatre, and brilliant theatre at that, dramatic and engrossing. The daylong event culminated Theatre J’s revival of the David Ives play “New Jerusalem,” a retelling of the story of the 1656 interrogation of Spinoza, arguably the most controversial philosopher in Jewish history, if you could call him Jewish at all. There was plenty of debate about that, too.

Perhaps it’s not surprising that a modern audience sophisticated enough to sit through hours of scholarly and artistic presentations would vote in such a lopsided fashion in favor of inclusion and free speech. As one of a few journalists to take part in the “Spinozium,” I didn’t cast a vote or argue a position, but if I had, I guess that my personal and professional allegiance to the First Amendment would have trumped all.

Having Spinoza inside the communal tent is far more interesting and challenging than pushing him away.

Still, I found myself conflicted. My unexpected sympathy for the rabbinic edict that irrevocably placed the 23-year-old Spinoza into cherem was fueled by two revelations that day: about the Amsterdam Jewish community from which he was forever banished, and the philosophy that he preached.

The community had largely fled from Portugal and, while the Dutch were far better hosts than the Jews’ previous rulers who demanded conversion to Catholicism on pain of death, they still were hosts. Jews were guests. Freedom of worship was granted, not innate.

Moreover, although they identified as Jews and were treated as Jews, their Jewish knowledge and memory had been stripped away by years of terrorizing Inquisition. The other grand historical figure in the trial, Spinoza’s rabbi and teacher, Saul Levi Morteira, was essentially tasked with resurrecting Jewish belief, ritual and practice amidst a people who simply didn’t know who they were supposed to be. No wonder he was horrified to learn that his star pupil was creating a philosophical framework that challenged everything he was trying to accomplish!

The message here is poignant: A community under stress, racked by anxiety over its identity and its future, is prone to close ranks and violently expunge those who think and act differently, even if the threat is more imagined than real.

Don’t we see that same, terrible dynamic play out in communities and nations the world over?

And then there is what Spinoza actually believed: He rejected a providential God, the choseness of the Jewish people and the immortality of the soul — the very tenets of Jewish religious belief. As Nat Lewin, the pugnacious litigator, said when arguing against lifting the writ, “the standard is not the First Amendment. It’s the First Commandment.”

In other words, if Spinoza’s philosophy negated the fundamentals of Judaism just when Amsterdam’s Jews were desperately trying to recreate a religious culture, did he belong in that community, anyhow?

“It’s all about belief,” the writer Leon Wieseltier said. “Even though he was immensely learned, his writings were not the writings of a Jew. He thought his way out of Judaism.”

For most contemporary Jews, belief has become a secondary value to behavior; we are judged today not by our theology, but by our practice, or among some, our politics. And yet what are we without our beliefs? And are behaviors and rituals divorced from belief enough to sustain us as a people?

That we keep asking these questions is a lasting tribute to Baruch Spinoza. “He lost in 1656 and he won,” Wieseltier observed. “We are all still talking about him.”