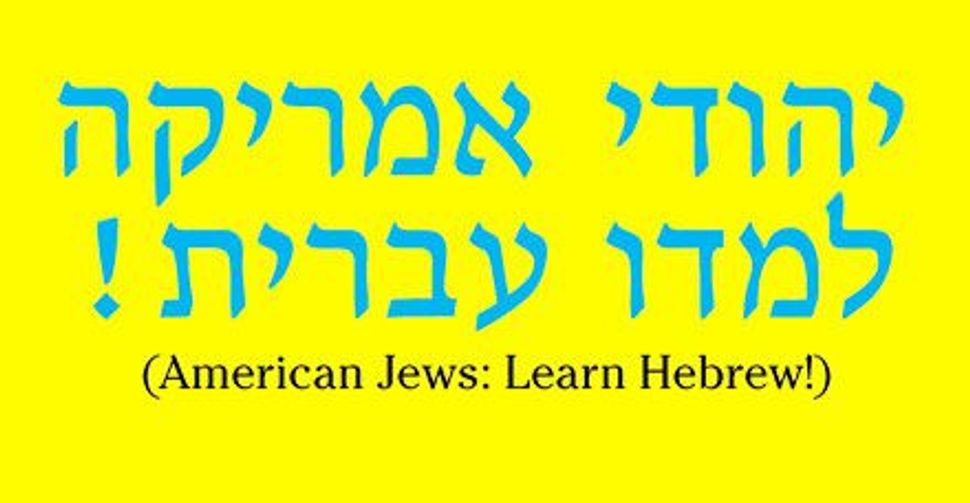 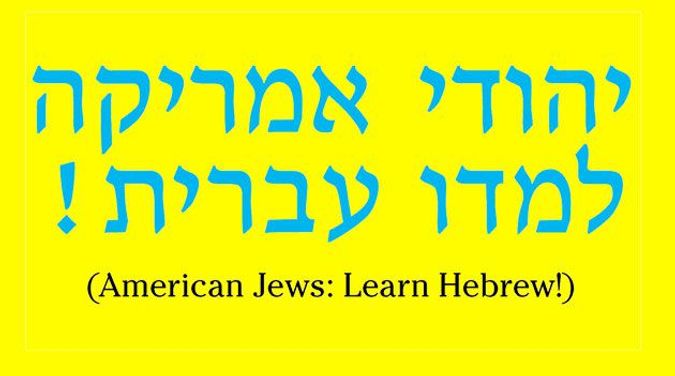 Somebody help me out here. Every time I visit Jewish communities in the United States, I get this weird feeling. It’s like I’m a character in somebody else’s movie. I go from one community to the next, asking all sorts of questions about what life is like for our people across the great American continent. But the curiosity only goes one way. My hosts and their friends, usually very excited about the fact that I’ve “come from Israel,” are not very interested in what it’s actually like to be Israeli. They insist that in addition to speaking about my area of expertise, I also “say something about Israel” to their synagogue. So I name a few topics — the fascinating worlds of Israeli television, nightlife, music, the courtroom scandals or spiritual struggles of our people — and then I get this blank stare. “No,” they say. “Talk about the rockets in Sderot. About this Mofaz guy. About the women on the bus.”

The subjects they want me to speak about were either never that interesting to most Israelis, those that became obviated by events, or those that had their moment in the sun and then were lost to the public eye. But the deeper things, the cutting-edge things, the zeitgeist? No thanks.

This is an enormous problem, and one that, because of the outspoken support for Israel across America, is often easy to miss. Yet there exists no greater threat to Jewish peoplehood than the cultural disconnect between Israeli and American Jews. And unlike so many of our people’s other problems, this one actually is quite simple to solve — but only if American Jews decide they want to solve it.

It used to be that movies and sitcoms would wait years after being popular in the United States before they came to Israel. Now the cultural delay seems to move in the other direction. Most American Jews tend to be at least 10 years behind in following the developments of Israeli culture.

Israelis have secretly transitioned from poorly importing much of their cultural life to unselfconsciously striking out on their own, compiling and recombining and remixing and creating until things are produced that are not “Zionist” or even “Israeli,” but just whatever they are, amazing new expressions of human and machine and creative and artistic and bold. It is a culture that has become confident enough to create in other languages, as well: French and English and Russian. At its core is a small but incredibly potent Hebrew-speaking dynamo beyond anything envisioned by Ahad Ha’am or Eliezer Ben-Yehuda.

Israelis are suddenly appearing at the forefront of a whole range of previously unthinkable fields — not just medicine or military upgrades but also electronic music and fashion and television programming, avant-garde dance and wacky presidential video clips and Oscar-level filmmaking and world-leading architects and chefs and chemists. Every one of these successes sits atop a pyramid of incredible things, very little of which American Jews ever hear about, much less participate in.

Herein lies our trouble. The more time goes by in which American Jews fail to get on the Israeli-civilization bus, the less qualified they become to say anything at all about who we are and what we should or shouldn’t do.

But there is a simple solution to all this, perhaps incomplete and sure to cause many American Jews to bristle — but frankly it is the only way forward if this peoplehood thing is going to work. It’s the 800-pound falafel ball sitting in the room.

American Jews have to learn Hebrew.

Now, I can feel the umbrage. There go those Israelis again, making demands instead of just being grateful

But is the suggestion that the study of Hebrew become a central priority in the American Jewish educational agenda really so outlandish? People used to learn languages all the time, even without having a compelling reason to do so. Growing up in American public schools, I studied French for six years. By 12th grade I’d read Molière, Camus, Voltaire and Ionesco in the original. (It was a good public school.) Later in life I was able to revive my French in a couple of months of a weekly conversation class, and after a number of brief visits to Paris I was getting by, or at least making a noble effort. The point is not to brag about my French but to point out that such an education gave me something much deeper than just lingual training. It gave me an incredible amount of insight, appreciation, respect and fondness for French culture, French thinking, French joie de vivre — a modicum of cross-civilizational understanding that was probably the point all along.

Would anyone in a million years think it reasonable to “love” France without learning French? Can you imagine how silly it would be to have French “federations” in American public life, a vast organizational apparatus aimed at helping France in its struggles, sending money to French institutions, sitting around the table talking about French politics — all of it without bothering to learn the language?

There are no good reasons that today, all self-respecting American Jews shouldn’t gain a working knowledge of Hebrew. But there are at least two overwhelming reasons that they should. Leon Wieseltier covered one of them last year, in a jaw-dropping essay called “Language, Identity, and the Scandal of American Jewry.” American Jews, Wieseltier says, have inhumanely and un-Jewishly cut themselves off from the vast oceans of their own biblical and rabbinic past because they don’t bother to relate to Hebrew the way that Western countries until recently related to Greek and Latin — as a basic building block of cultural literacy. “The assumption of American Jewry that it can do without a Jewish language,” he writes, “is an arrogance without precedent in Jewish history. And this illiteracy, I suggest, will leave American Judaism and American Jewishness forever crippled and scandalously thin…. Without Hebrew, the Jewish tradition will not disappear entirely in America, but most of it will certainly disappear.”

This is reason enough. But there is a second, no less overwhelming reason, one that focuses on the Jewish future rather than on our past. Because the time is coming very soon — if it has not already arrived — when one will not be able to fully participate in Jewish cultural life without knowing Hebrew.

This is true in part because of the sheer quantity of cultural creativity, but also because of the trends: Israel is quickly growing in wealth, population and global influence, while American Jews are, in the optimistic view, marching in place. American Jews have a great deal to contribute to the Hebrew discourse and therefore to our collective Jewish future — their tradition of tolerance and religious liberalism, their democratic experience and their philanthropic habits, to name just a few things. But they will do so only if they dispense with the ignorance-as-wisdom arrogance that locks them out of Hebrew-based culture.

I also have a hunch — I can’t really prove it — that by learning Hebrew en masse, American Jews just might find a great deal of what they’ve been looking for to help cure their own inner cultural malaise. We can’t be united by religion or geography or politics, but our common ancient language opens unlimited doors to deepening, enriching and ultimately creating new, exciting expressions of Jewish life. It will let you engage with your Bible, your Talmud, your medieval Jewish texts, without the hazy filter of translators and professional interpreters. It will let you read song lyrics and op-eds and plays at will, choose your own Israeli adventure. It will help you become, for a moment at least, an eternal Jew.

David Hazony is a contributing editor to the Forward and author of “The Ten Commandments: How Our Most Ancient Moral Text Can Renew Modern Life” (Scribner, 2010).