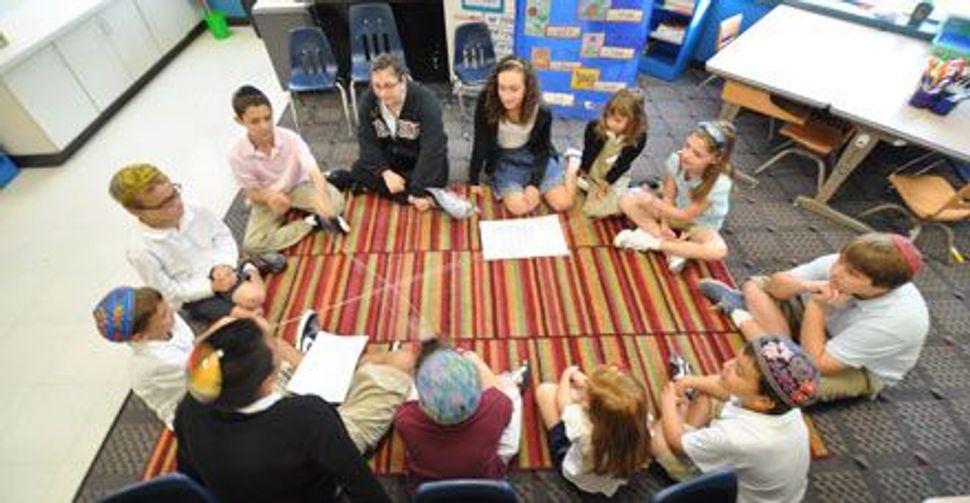 At the end of his new book, “The Crisis of Zionism,” Peter Beinart offers two controversial proposals to mend the relationship between Israel and American Jews, or at least liberal American Jews. His call for a targeted consumer boycott of Israeli settlements has unleashed a torrent of anxious response, some of it insightful, most of it not. But it’s the second proposal that deserves renewed attention.

Once again, Beinart has pinpointed an essential problem for the future of American Jews, and once again, his solution is troubling.

His argument: Assimilation has caused young American Jews to disengage from Israel, the best antidote to assimilation is education, and the best way to educate young Jews is through full-time Jewish day schools. As a proof text, this formula is unassailable. All the data shows that there’s no better way to raise informed, committed Jews — who are more likely to marry other Jews, establish Jewish families, and become leaders in all aspects of Jewish life — than an immersive educational experience that includes knowledge of Hebrew, Jewish text, history, culture, ritual and values.

If we expect twentysomethings to instantly connect with Israel and the Jewish people on a 10-day Taglit Birthright trip, imagine what could happen after ten years of full-time education.

Cost is constantly cited as the main stumbling block, and there’s no question that the average day school tuition is simply not affordable for many parents. While some schools are taking creative steps to address the financial impediments, as the Forward has detailed, such efforts, however notable, are difficult to scale up to a national level.

Beinart’s solution is for Jews to seek substantial government aid to religious schools and make common cause with the evangelicals and others who push for state-funded vouchers. If it can happen in London, Paris, Melbourne and Montreal — where day schools are well-attended and affordable because of government help — why not here?

It’s a tempting path, but a dangerous one. Jews in other nations where the line between state and religion is blurrier do not enjoy the rights, security and status of American Jews. The legal protections stemming from the First Amendment and now embedded into America’s pluralist character are the reasons why Jews are so strong and free here. We tamper with that at our peril. Never mind the precedent it will set, do we really want the government strings that come with government money? Do we really want politicians to define who is a Jew? Do we want state subsidies to go to educate children of other faiths whose doctrines we do not endorse?

No, this is our responsibility. Beinart and others have argued that Jewish philanthropy alone can’t solve this problem. Nonsense. There is enough money in the American Jewish community to endow every worthy day school, if it was a priority. Rather than upend the Constitution, we’d do better to deeply and honestly probe why Jewish funders, and plenty of wealthy Jewish parents who send their children to expensive non-Jewish schools, do not support a private, religious education. Then we should address those arguments head on.

Beinart told the Forward that he is “hoping to create a debate about Jewish schools.” Would that the debate on Jewish education be as intense as his call for a boycott. It’s far more worthy.