Being a Jew in Palestine 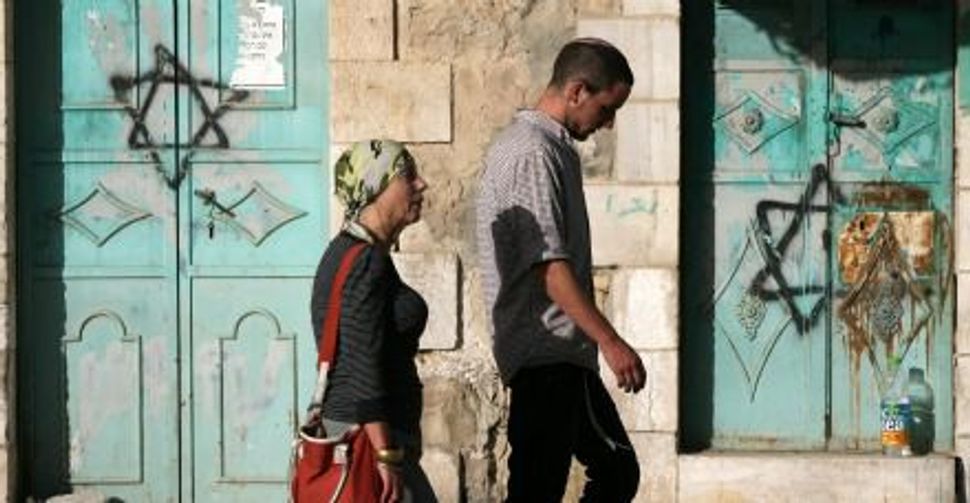 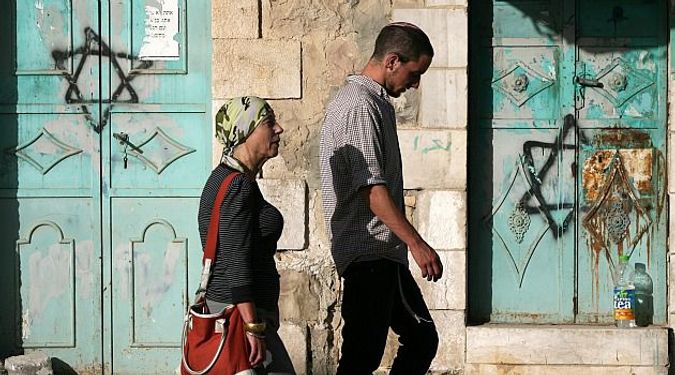 Stranger in Strange Land: Being a Jew and living in the Palestinian territories brings its own joys, fears, and frustrations. Image by getty images

The first people I told were Safa and Imad. Good friends, they lived near me in the Aida Refugee Camp and invited me for lunch every Friday. I knew they were religious Muslims. Imad had told me that Israeli soldiers had killed his brother during the second intifada. But the topic of religion and politics was on the table, and now seemed like a good time.

I was scared. I knew I was speaking with friends, but I had a nightmarish image that they would throw the dish of rice and chicken into the air, grab the glass of sugary tea from my hand and smash it against the wall, bellowing, “Get oooouuuuuttt!”

I took a deep breath. “I’m actually Jewish. And I’ve always felt….” Who even remembers what I said next? I finished my sentence. Safa took my glass and refilled it. Imad said that he wanted to tell me three things. First, there are many similarities between Jews and Muslims. Second, he understands the difference between a Jewish person and the Israel Defense Forces. Third, it was shameful that I hadn’t yet gone to see more of the Jewish holy sites in Jerusalem.

It’s great to be a Jew in Palestine.

My shared taxi was waved over at the IDF checkpoint between Bethlehem and Ramallah. The soldier yanked open the door and looked inside. There was an old man in the front seat, three old men in the middle row, and in the back row myself, a businessman and a teenage boy. The soldier asked the teenager for identification and motioned for the boy to get out of the car. He was placed on a bench between another soldier and an IDF dog. The soldier told the driver to continue on. As we drove off, leaving the boy behind, I saw a third soldier, too scrawny for his uniform, walking toward the checkpoint, holding two pieces of matzo. He dropped them, and when he bent over to pick them up, his M16 fell forward, whacking him in the face.

It’s weird to be a Jew in Palestine.

I was at an IDF military compound. I was there because I’d been at a demonstration. In the West Bank, demonstrations are illegal. The boys next to me were detained for throwing stones. They had plastic cords binding their hands. When they cut the ties off the boy to my left, it took two men to wriggle the knife between the plastic cord and his skin. When they finally broke it off, his wrists were bruised and bleeding. I began speaking in Arabic to the woman to my right, until a soldier shouted, “Sheket!” I opened my mouth and closed it again, just barely stopping myself from finishing his sentence as I’d been taught in Hebrew school: with a singsong “b’vakasha — hey!” and then a big clap.

It’s frustrating to be a Jew in Palestine.

We showed our passports to the two young soldiers. Where was I from in the States? Chicago? Go Bulls! Passports back. My friends and I walked into H2 — the section of Hebron under complete control of the IDF and with the highest concentration of settlers.

First impression: Wild West. “High Noon.” I imagined a crow cawing; a vulture circling; tumbleweed blowing down Shuhada Street, bumping up against the concrete barrier that blocks off the small part of the road on which Palestinians are permitted to walk. I felt my belt, half expecting there to be a six-shooter. Nothing. But the young settler jogging with a baby stroller and wearing a rainbow yarmulke had an M16 slung over his shoulder.

I looked back at the soldiers. One of them was leaning against a wall, soaking in the sun. The other was moving in the direction of a young Palestinian boy.

Farther down the street, a couple more soldiers eyed us as we walked. One made a catcall at us. We kept walking. A few more soldiers were on the next corner, standing, alert, hands on their weapons. I looked up and saw more soldiers on the rooftops, looking down. One waved. In Hebron there are some 4,000 IDF soldiers to protect 500 Israeli settlers.

The street was lined with stores. Each storefront was welded shut. Many spray-painted with a Star of David, a menorah, or the Israeli flag. My friend pointed out that these were Palestinian shops that had been shut down by the settlers or soldiers.

Stars of David. Everywhere. On stores, on doors, on walls, on windows, on flags, on shirts.

We passed a sign explaining — in Hebrew and English — that this was an area of Hebron that had been “liberated” from the Arabs.

It feels awful to be a Jew in Palestine.

Beth Miller is a 2010 graduate of Macalester College and has been working with a human rights organization in the West Bank for the past year and a half. She will be a candidate for a Master of Arts in human rights law at the School of Oriental and African Studies this fall.

Being a Jew in Palestine