Jews Are Not as Liberal as It Seems 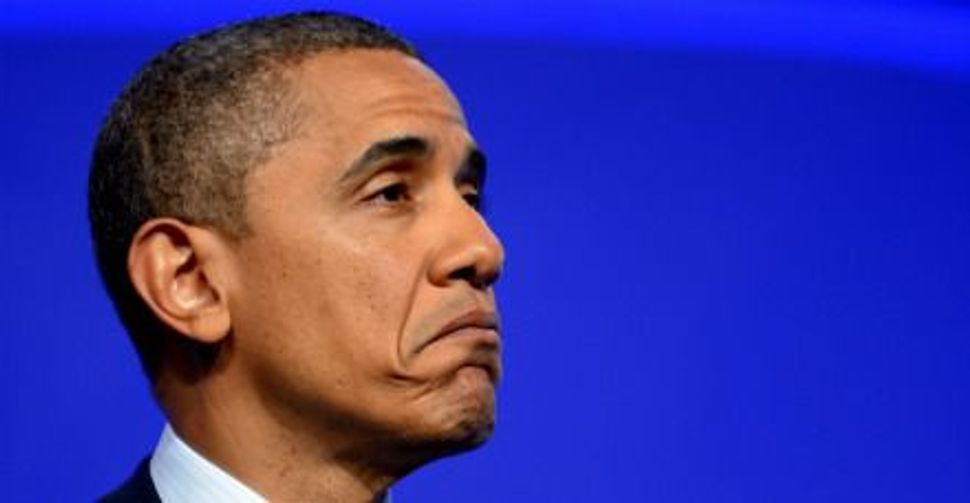 Perhaps you’ve heard about that new survey of Jews and social values. Released just before Passover, it has Jewish liberals high-fiving each other all the way from West End Avenue to West Hollywood. The results show Jewish liberalism at peak strength. Legal abortion (in “most” or “all” cases) is backed by 93% of respondents. Same-sex marriage scores 81%. President Obama is running strong among Jewish voters, easily matching his numbers at this point in 2008.

Other liberal icons run only slightly behind. Legalization for certain illegal immigrants is favored by 70%. Tougher environmental regulation, even at the cost of fewer jobs or higher prices, wins 69%. Tax hikes for incomes greater than $1 million score a solid 81%. Respondents identify themselves as liberal over conservative by 44% to 18% and as Democrats over Republicans by 49% to 13%.

Before liberals uncork the champagne, though, they might want to take a deep breath and look more closely. On second glance, some of the survey’s findings prove ambiguous, even downright misleading. More important, a close reading of the survey offers an important insight into what’s wrong with American liberalism and why it keeps losing its critical battles.

Why, for example, can’t American liberalism secure the basic rights guaranteed by every other industrialized nation, like universal health care and paid maternity leave? Why does America, with all its wealth, have the second-widest economic inequality gap in the industrialized world? (Only Israel’s is wider.) And why do Democrats keep losing the votes of working-class Americans to Republicans whose policies impoverish them?

Why, indeed? Read on, pilgrim. Our survey has some intriguing clues.

First, though, let’s look at the survey’s most misleading statistic, which is also its most widely cited. When asked “which qualities are most important to their Jewish identity,” nearly half of those surveyed — 46%, to be precise — chose “a commitment to social equality.” That was more than double the percentage that picked the other two choices, “support for Israel (20%) or religious observance (17%).”

What you may not know is that this is an old chestnut, dating at least to the 1980s, that’s been undercut by newer research. The Los Angeles Times asked the question in a 1988 national survey of American Jews and turned up nearly identical answers: Fifty percentpicked “social equality,” while religion and Israel scored 20% each. Several subsequent surveys found the same thing. Then, in the mid-1990s, the American Jewish Committee’s annual survey began offering a fourth choice: “being part of the Jewish people.” Suddenly “Jewish people” took the lead, picked from year to year by anywhere from 41% to 45% of respondents. “Commitment to social justice” dropped to rough parity with religious observance, fluctuating between 16% and 20% each. “Support for Israel” fell below 6%.

What happened? Apparently the respondents in the earlier surveys were looking for something they couldn’t quite name, vaguely involving community and belonging, and when they couldn’t find it they chose a reasonable-sounding surrogate — Israel or social justice. Every so often, in fact, another survey comes along that offers only the original three choices — “social equality,” Israel and religious observance, but no “Jewish people” — and gets the original answers, led by social equality. I’m not sure why. Maybe it’s nostalgia.

Yes, the fact that social justice places first among three choices is significant. But it’s a default, a place-holder, and that’s an important caveat.

More troubling, from a liberal standpoint, is something the new survey seems to get just right: a striking gap between respondents’ overwhelmingly liberal views on social issues and their distinctly moderate-to-conservative views on issues of poverty and the economy.

This isn’t something the pollsters hoped or expected to find. You can tell by the questions they asked: Of the 16 questions that pinpoint policy issues and offer a clear liberal-conservative choice, no fewer than 10 address economics and poverty. That’s what the pollsters wanted to know about. It’s worth noting, by the way, that the sponsoring organization, the Nathan Cummings Foundation, and the polling group, the Public Religion Research Institute, have strongly liberal leanings.

How do the results break down? Of the six noneconomic questions, five drew liberal responses above 60% (four of the six, in fact, scored 70% liberal or higher). The exception was a question asking whether a growing influx of immigrants strengthens or threatens American society. Only 57% picked “strengthen.”

Of the 10 economic questions, on the other hand, only three drew liberal responses above 60%, while four questions actually yielded decisively conservative majorities. Among them: whether poor people have become too dependent on government assistance programs (54% agreed) and whether you’d agree to pay more in taxes to fund federal programs that help the poor (52% would not). And a whopping 90% say they “admire people who get rich by working hard.”

This is not your bubbe’s liberalism. It’s the politics of a community that’s made it financially but still feels like outsiders. We’ve stayed loyal to the party of outsiders and the weak. We sympathize instinctively with other nervous minorities, particularly those with whom we most easily identify — someone’s pregnant daughter, gay brother, immigrant grandparent. On the other hand, we worked our way up the ladder of free enterprise, and we’ve no patience for anyone looking for handouts.

Actually, this is what used to be called Rockefeller Republicanism. Toward the late 1960s it became a wing of the Democratic Party known as “social liberalism.” Working-class Democrats, uncomfortably shoehorned into sharing the same party, called it “limousine liberalism.” This was just before they bolted and became Reagan Democrats.

And that, dear pilgrims, is the problem with our social liberalism. The civil liberties we treasure — for gays, women, immigrants, religious minorities — can’t survive in the long term without a thriving Democratic Party. And the Democratic Party can’t thrive without the white working class. Social liberalism can’t survive without a progressive economic agenda. You can’t defend minorities unless you first fight for the majority.

Jews Are Not as Liberal as It Seems