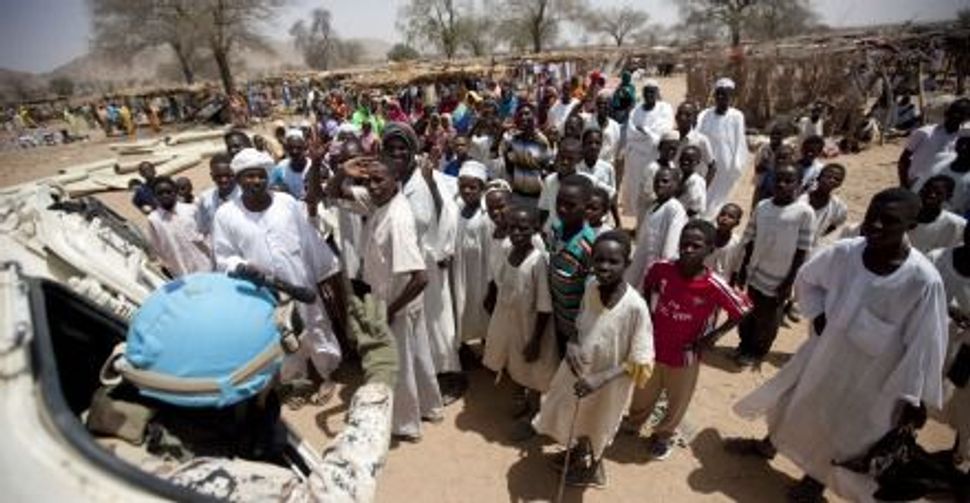 At our Seder, before we tackle the Haggadah itself, there are words — they change each year — that are intended to frame the proceedings. Here were some of this year’s introductory words:

Any serious consideration of the freedom we celebrate at the Seder table is inherently political (as, obviously, was our rebellion against Pharaoh). Specifically, what does it mean to celebrate freedom when millions of our neighbors are unemployed, when millions of them have been jobless for more than six months, when millions more are working part time either because they’ve not been able to find a full-time job or because their hours have been cut back — when, in summary, some 25 million of us (note, please, of us, not of them) are either unemployed or underemployed?

There are so very many ways to underscore the ongoing assaults on human dignity around the world and here at home. (We could note even the most recent assault by the U.S. Supreme Court when it decided by a 5 to 4 vote that anyone arrested for an alleged crime, no matter how trivial, may legally be subjected to a strip search.) We could hear from several of those around this table whose work, day-in, day-out, is the work of human rights. Or we could describe the ongoing carnage in Syria or in the Democratic Republic of Congo or the drug-related murders in Mexico or the continuing indifference to human rights in a score of other places around our world. If we chose to call attention to only the most blatant of these, our Seder would last well past midnight, comprise a heartbreaking and morale busting litany of insult and injury, of terror and torture.

But tonight, we have here one person whose own personal story is intertwined with the story of human suffering, of a world turned upside down. So we’ve asked Dr. Mohammed Ahmed Eisa, now employed by Physicians for Human Rights, to tell us about his own experiences in Sudan, where, after 15 years of work as a professor of medicine and a treating physician, the advent of the war in 2000 led him to devote himself to victims of torture and sexual violence. In 2004, he helped create the Amel Center for Treatment and Rehabilitation of Victims of Torture in Nyala, serving as its medical director until 2009.

Mohammed — for that, by evening’s end, was what all 32 of us called him — spoke for less than 10 minutes; rarely have I witnessed such rapt attention. For what we heard was not only the story of his clinic and its work, but more of his own background: of what it was like to attend an elementary school a three-day walk from home; to attend a high school a five-day walk away; to be not only the first in his family to graduate from high school but also the first in his region to attend university and then to become a physician. In 2007, the Robert F. Kennedy Center for Justice and Human Rights recognized his work at the Amel Center with its RFK Human Rights Award; in 2009, while he was in the United States for an RFK Center event, the International Criminal Court issued a warrant for the arrest of Sudan’s president and the Sudanese government disbanded the Amel Center. Eisa chose to remain in the United States, where he sought and was granted asylum.

He works now in Cambridge, Mass., separated these past three years from his wife and his eight children, who remain in Sudan. He documents, advocates and champions an end to criminal violence, and especially to torture and to sexual violence. In early April, the journal PLoS Medicine featured a peer-review study, led by PHR and coauthored by Eisa, providing detailed forensic evidence of widespread torture and other human rights violations by the government of Sudan and the notorious Janjaweed.

Mostly, though, Eisa spoke of his faith in God and of the inspiration he drew and draws from the story of the Exodus, a story he knows thoroughly, a story that has enabled him, despite the misery he has witnessed, to remain a man of hope.

Much of Seder time is devoted to making slavery real, to ensuring that all of us see ourselves, our very selves, as having passed from slavery to freedom. This we accomplish, when we do, through a fierce act of imagination. Yet even when we seek not only to go back in time but to bring slavery in all its forms forward, to our own time, we deal mostly in abstractions. It helps to be able, as this Pesach we were, to break matzo with a flesh and blood eyewitness to both slavery and freedom. It enlarges us.