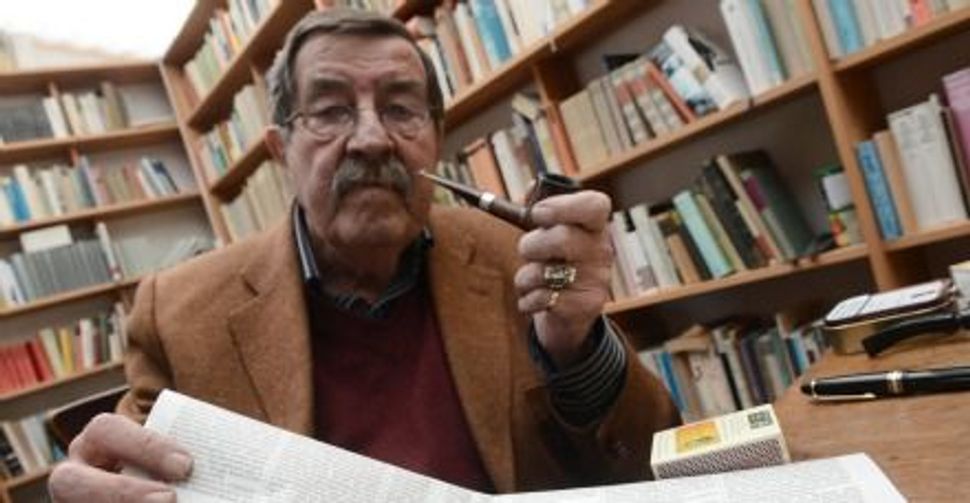 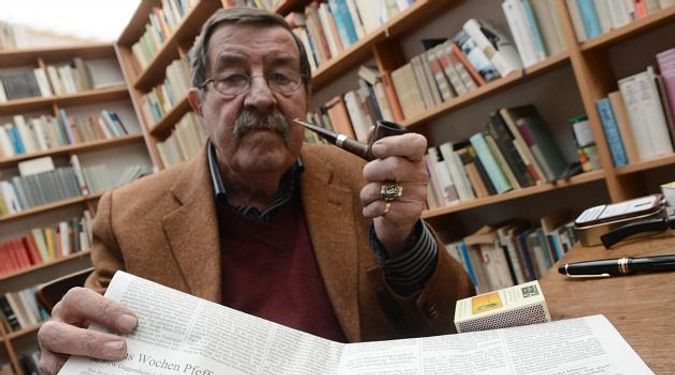 Grotesque Inversion: Gunter Grass?s effort to blame Israel for defending itself against the Iranian nuclear threat is a massive distortion of the facts. Image by getty images

German Nobel Prize writer Gunter Grass’s publication of the poem “What Must Be Said” touches on a host of issues surrounding the Holocaust, German-Israel relations, anti-Semitism and Iran’s threat to Israel and the entire Middle East.

Comments by any Western intellectual claiming, as did Grass, that it is Israel, not Iran, which is a threat to world peace would have evoked criticism and condemnation. The fact that they were made by a German raises the decibel level dramatically. And the fact that they were made by an individual who for decades concealed that he volunteered to serve in the Waffen SS, the German killing machine of Jews during World War II, brings the reaction to still another level.

Let’s be clear: If it were not Grass, but any public figure in the West who offered the substance of Grass’s poem — that Israel, by threatening to use military force against Iran’s nuclear facilities, is, rather than Iran itself, a threat to world peace — that individual would deserve severe condemnation.

Iranian leaders say openly that Israel should not exist, and the Iranian president, Mahmoud Ahmadinejad, repeatedly asserts that Israel will disappear in the years ahead.

This is the regime most closely associated with international terrorism — the bombings of the Israeli embassy and Jewish community headquarters in Buenos Aires, Argentina, are among the most notable examples. To have such a regime in possession of nuclear weapons would present the greatest danger facing civilization since the advent of the nuclear age.

Of course, Grass is not just any intellectual or public figure. He is a leading German writer, and he is an individual whose late admission that he was a member of the SS puts him in a special situation. To pre-empt the expected reaction, Grass erects a straw man by saying that he wanted to say what he said for some time but did not because he knew he would be accused of anti-Semitism. But now, he says, in moralistic tones, he has to speak no matter the consequences.

What is so stark about this episode is not that a German cannot ever criticize Israeli policies; indeed, criticisms surface in many instances. Rather, it is the complete absence of empathy by this German writer with the people of Israel facing a terrible dilemma — what to do in the face of an existential threat to the Jewish state more than 70 years after the Holocaust? To me, this is the great sin committed here.

German atonement for the murder of 6 million Jews and millions of others in the Holocaust does not mean that the Germans have to agree with everything Israel or Jews do and say in the world today. It should mean, if it has any validity at all, that there should be recognition that the Jewish people may be in special danger and under a unique threat, and that Germans need to experience and identify with that threat in a way that others in the world might not.

But Grass goes even further than lack of empathy. He converts an Israeli defensive option into one that he describes as a project to destroy the Iranian people. Whatever one thinks of an Israeli military attack on Iran’s nuclear facilities, to see that as trying to destroy Iran is an inversion so grotesque that it must be labeled as an effort to equate Israel with the Nazi regime. In other words, it is anti-Semitism.

One may never know what was going on in Grass’s head and heart these many decades. But there it is, surfacing again for all to see. Fortunately, some German leaders have stepped forward to condemn Grass for his anti-Israel screed. Now, it is important to hear the voices of more German political leaders, who need to speak out and make clear that this type of rhetoric is beyond the bounds of decency.

Abraham H. Foxman is national director of the Anti-Defamation League. He is based in New York City.