Is Our Tradition Liberal or Conservative? 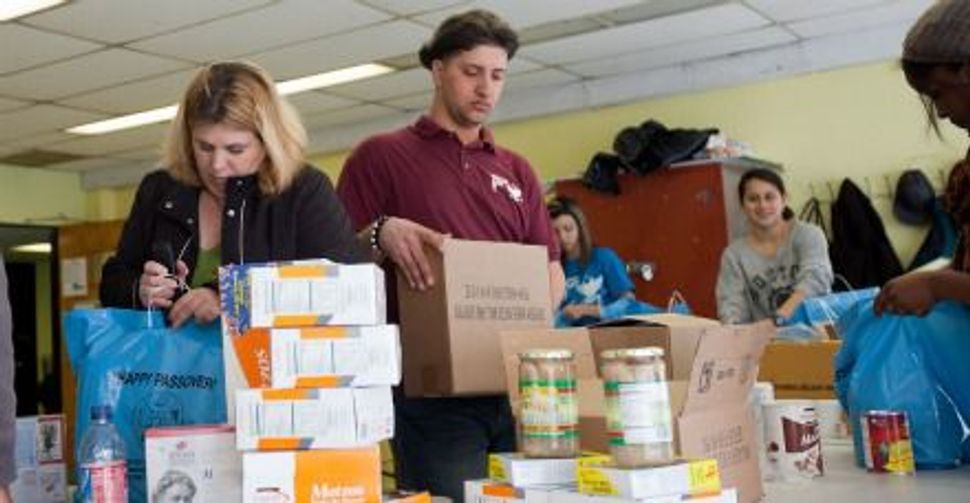 Is the Jewish tradition inherently liberal or inherently conservative? The answer to this much-debated question is in fact quite simple: yes.

If by “the Jewish tradition” we mean the sacred texts of our people, they can be read to defend a very wide variety of approaches to the world of politics. You certainly won’t find the platforms of either the Democratic or Republican party. As Norman Podhoretz wrote in The Wall Street Journal in 1971, “It is shallow and vulgar, if not blasphemously presumptuous, to think that Judaism gives its blessings or its warrant to a particular political position, unless of course that position be theocratic monarchism.”

But that is only the first word on the subject. There are at least two additional words.

The first of these is that “the Jewish tradition” need not be defined so restrictively. The tradition of our people includes its sacred texts. It includes, as well, our historic experience, from our beginnings until our own time.

The strict constructionists among us may take a different view, believing as they do that each generation since Sinai has been a bit less wise, a bit more pale, than its predecessor. But most of us are not strict constructionists. Most of us, I’d guess, implicitly believe that each generation is, at least potentially, a tad wiser than its predecessor, if for no other reason than that it has that much more experience to draw upon.

Our task, therefore, is not to leap over Jewish history all the way back to the base of the mountain. Our task is to use all the materials that the Jewish people have acquired over the centuries to inform our own choices. That means the texts, and the literature, and the history, and the remembered dreams and the interpretations that others have developed.

Therefore, the text of this generation of American Jews includes not only Judaism’s founding documents, but also the history and current situation of our own community. A learned American Jew knows not only about the laws of Deuteronomy and the saga of Nehemiah; such a Jew also knows about the Triangle Waist Company fire and about Mordecai M. Kaplan. Because with each passing day there’s more to know, no one can be truly learned. So we pool our resources, creating a community of learning; we compensate for each other’s ignorance.

All of which fails to explain why our community has overwhelmingly identified as liberal, at least on social issues. One recent survey of Jewish opinion, by the Public Religion Research Institute, reports that more than 80% of America’s Jews feel that pursuing justice (84%) and caring for the widow and orphan (80%) are somewhat or very important values that inform their political beliefs and activity.

Although Jews overwhelmingly endorse “cultural liberalism” — abortion rights, same-sex marriage and such — they are rather less enthusiastic regarding issues of economic justice. (The late Milton Himmelfarb used to argue that Jews are more libertine than liberal.) See a full report on the survey AT. The data comparing Jewish views on “cultural” issues with the views of all Americans on those same issues are especially interesting.

Why liberal at all? Among the answers — higher education, inherited tradition — one seems to me especially pertinent. Jews, who know well where social chaos points and who are invariably among its early victims, have a major stake in the stability of American society. And because societal stability matters so much to us, we insist on a politics of inclusion, on narrowing the gap between the richest and the poorest, on programs and policies that foster a thoughtful patriotism.

That leads us quite directly to the “second word” on the subject of the Jewish tradition and its political sympathies. Our tradition does not allow us to turn our backs on the wounded: the widow, the orphan, the naked, the hungry. The tradition requires that we examine the impact of each policy proposal on the least-successful among us. The Catholics speak eloquently of the “preferential option for the poor.” We don’t have quite so compact a phrase, but the weight of our tradition is in precisely the same direction.

Serious conservatives, of course, argue that their policies are not intended as rejections of the poor. They claim, instead, that liberalism has failed the very people it was meant to help, and that the policies they propose will offer more real benefits to those same people. They claim that theirs is not, as liberals charge it is, a politics of selfishness or a politics of exclusion. Those are claims that can be assessed, and Jews, along with other citizens, will each make their own assessment.

Most American Jews, having made their assessments, have concluded that both our interests (for example, social stability) and our values (for example, concern for social justice) point us in the same direction. So far, that direction is in an enduringly liberal one.

Is Our Tradition Liberal or Conservative?