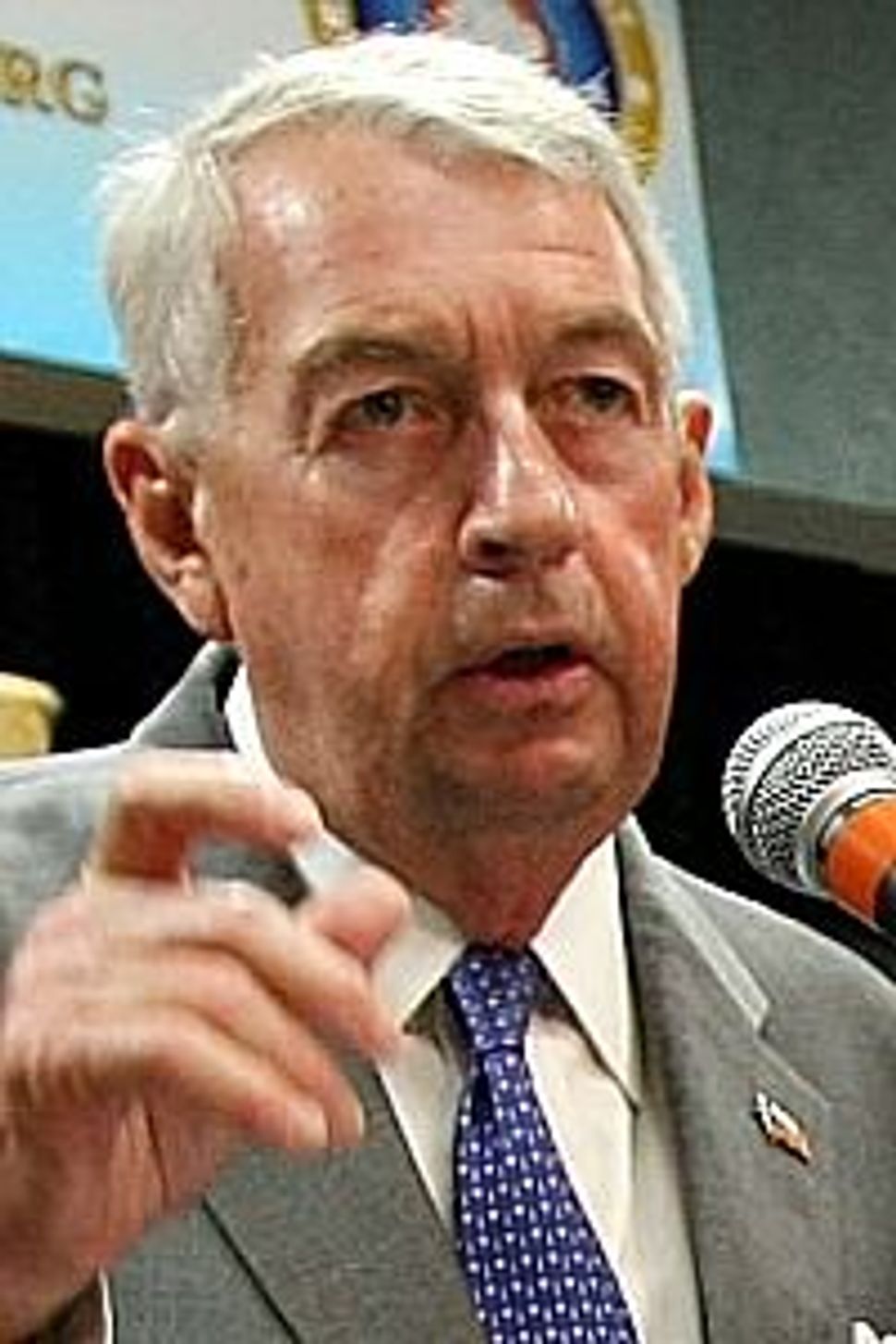 While Hynes has been lambasted over the years by child abuse survivors and their advocates for his handling of sex abuse cases, Agudath has generally backed what it sees as his sensitive handling of abuse cases in the community.

The Forward asked Agudath what it made of the D.A.’s blanket refusal to name 85 Orthodox Jews charged with sex crimes.

The D.A.’s office denied the Forward’s Freedom of Information Law request by claiming that all Orthodox Jewish sex abuse suspects should have their identities protected because of the community’s “tight-knit and insular” nature.

Rabbi David Zwiebel, Agudath’s executive vice president and a legal expert, defended the D.A.’s right to evaluate whether to release the names of offenders on a case-by-case basis, according to Agudath spokesman Rabbi Avi Shafran.

Such an evaluation could take into account whether naming the suspect might allow the victim to be identified. But a blanket policy of withholding names of perpetrators should not be “across the board” in any community, he said.

Meanwhile, some of the most prominent advocates for child-sex abuse victims criticized Hynes for his remarkable claim that Orthodox Jews accused of child sex crimes should enjoy a blanket protection from being identified.

The head of a group named in honor of Megan Kanka, the New Jersey girl whose 1994 murder inspired the passage of the eponymous laws mandating community notification about sex offenders, said the policy would leave children “more vulnerable.”

Marc Klaas, whose 12-year-old daughter, Polly, was abducted and murdered from the family’s home in Petaluma, Calif., cut to the heart of the matter.

“The public has the right to know,” he told the Forward.

Now that the largest umbrella group for ultra-Orthodoxy also says it does not agree with Hynes, one has to wonder: Who does?