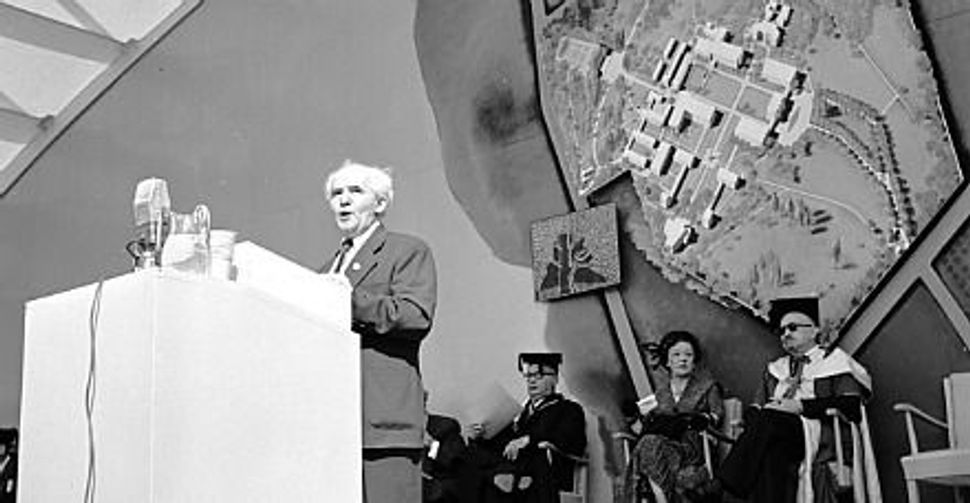 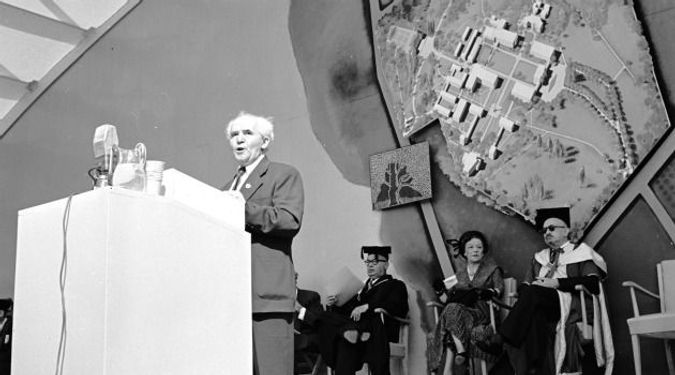 Still Proud of Them: There?s more to Zionism than the expansionism and hard-headedness of today?s Israeli leaders. The founding fathers of Israel believed in a state that was both Jewish and democratic. Image by getty images

My father was skeptical of Zionism. He saw no reason to assume that the Jews would do better with nationalism than all the others had. Yet he winced only weakly when I joined Habonim Dror, the Labor Zionist youth movement, which became for the next 10 years as much my home/family as my family home was. There I became, few questions asked, a Zionist.

In the mid-1960s, Zionism stopped making usable sense to me. It was a doctrine that had been developed in an entirely different time under entirely different circumstances, to address problems quite unlike those that now confronted us. So I stopped thinking of myself as a Zionist; Zionism, having won the Jewish state it had sought, could now be retired.

But when the United Nations, in 1975, declared that “Zionism is racism,” my sense of honor revived my Zionism. Mine is in the end a simple Zionism: Jews are entitled to a national home — a sovereign state — and the only place where such a state makes sense is in what was Palestine and has become Israel. That is by no means all there is to Zionism, but those are its twin axiomatic essentials.

I am a proud Zionist. What Israel has accomplished in many spheres — in agriculture, in high-tech, in music and theatre, in exuberant debate and, in particular, in providing refuge and home to Jews from Iraq, Yemen, the Former Soviet Union and dozens of other difficult and often menacing places, is breathtaking.

I am also a disappointed Zionist, a troubled Zionist. There is no peace process. Israel’s incumbent government energetically pursues a settlement policy that will, before long, render a two-state solution impossible. Israel’s status — and stature — as an (imperfect) democracy is threatened by a Knesset cadre of Know Nothings with little regard for democratic norms, as also by the decidedly unholy alliance between religious zealots and the political echelon. Democratic and Jewish seems increasingly fraught. Sovereignty, it turns out, comes with its own set of problems.

Ironically, Zionism offers solutions to some of sovereignty’s problems. For my “simple” Zionism came in its mainstream expression with rich amendments, amendments that spoke not merely to statehood per se, but also to the nature of that statehood. Many of those amendments are contained and others implied in Israel’s Declaration of Independence, still others in the ample documentary history of Zionism. These days, the insistent motto of the state is “Never Again.” But “never again” tells us only what to avoid; it does not tell us what to embrace. Zionism — humane, liberal, pragmatic Zionism — does.

I know too many — not enough, but more than a few — people in Israel who see Zionism and Israel as I do, as an opportunity for the Jewish people to refute my father’s skepticism, to develop and embody a different kind of nationalism; these comrades deserve to be embraced.

Tikkun olam — the pursuit of social justice — matters, and Jewish music matters, and Jewish literature, and Jewish prayer, and Jewish language and literacy, too. There are endless points of access to Jewishness. But once on the inside, it is cowardly to evade and avoid the issue of Israel — of its welfare, of its safety, of its rectitude. Zionism provides the classic language, the platform, for all these aspirations.

Post-Zionism, as some would have it? We’re not there yet. I believe that to recite the Kaddish for Zionism is politically premature and morally spineless. The fact that Zionism these days appears to have been hijacked by expansionists and maximalists ought not induce us, not for a minute, to abandon the effort. To the contrary: Because the effort is now faltering, those of us who still believe in the seriousness of the promises made in Israel’s Declaration of Independence, who believe that a state that is both Jewish and democratic is a worthy and urgent challenge, must remain engaged.