Making Room for Another ‘Forward’ 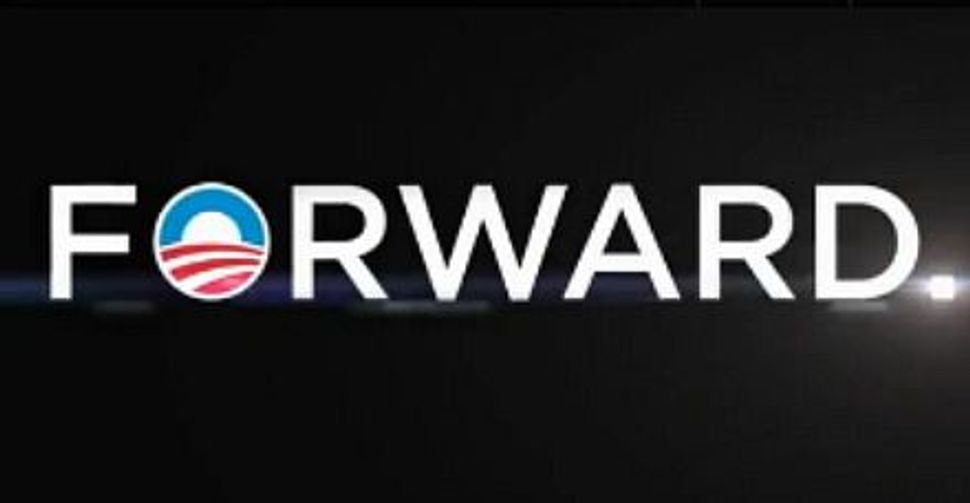 It’s not every day that the president chooses a new campaign slogan…and it happens to be the name of your news organization. But that is indeed what happened today, as the video below will attest.

We are tickled, of course, by the choice. As are, apparently, the folks in Twitter-land. There are those who think he is borrowing the slogan from MSNBC, and even a few, like Bill Kristol, who think it’s to Mao that the president is turning. We have no special insight on this. It’s just amusing to see our name writ so large.

On Twitter, though, some thought the choice was no coincidence:

Traditional American went for the conspiratorial: Obama’s been losing the #Jewish vote; now his new slogan is #Forward? As in the Jewish Liberal magazine? https://forward.com/ #tcot #teaparty

And then there was Daniel Gross: Not sure about the Obama campaign’s new “Forward” slogan. He’s already got the yiddish-speaking left-wing Jewish vote wrapped up

And my personal favorite, from Ron Kampeas, of our friendly competitors over at the Jewish Telegraphic Agency: @MittRomney counters @BarackObama’s #Forward with new slogan, #Telegraphic

Making Room for Another ‘Forward’