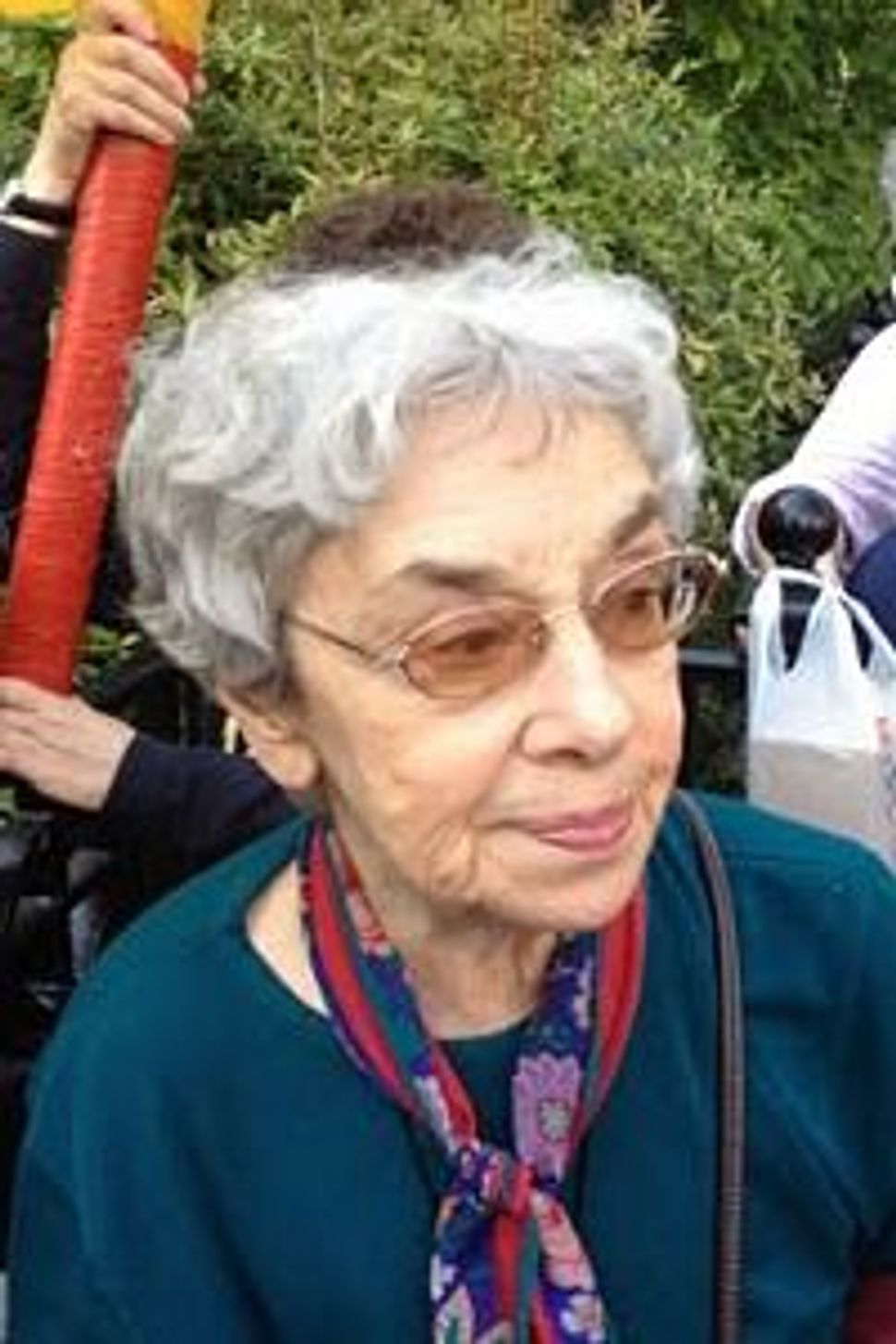 On the fringes of the Occupy movement’s May 1 rally in Manhattan’s Union Square, a group of older Jewish activists gathered under the yellow banner of a leftist Jewish summer camp and prepared to march.

“We have to be here,” said Judee Rosenbaum, longtime staffer of the unremittingly progressive Camp Kinderland. “It’s what we do. It’s what we are for. It’s what we support.”

Rosenbaum, whose days as a Kinderland camper are 64 years behind her, was one of a handful of Kinderlanders who had come out for what activists hope will be the reawakening of the anti-corporate Occupy movement, which has been largely dormant since protesters camping in a park in downtown Manhattan were evicted in November.

Occupy activists had called for a “general strike” on May 1, culminating in the afternoon rally at Union Square and a subsequent march to Wall Street. Thousands turned out to the rally and march, though claims made in the days before the event that the protests would effectively shut down the city proved to be vastly overblown.

Founded in 1923 by Jewish Communists, Kinderland is perhaps unique in the degree to which it has maintained its activist traditions. Its theme this summer? “Occupy.”

Asked why she had come to the protest, current Kinderland camper Bonnie, 11, answered: “My mom.” Bonnie’s mother, Catherine Fitz, explained: “I think this is an important moment…I don’t think I would forgive myself if I let my kid miss it.”

Kinderland wasn’t the only leftist Jewish group with a presence at the Union Square rally. Activists with the New York-based Jewish social justice group Jews for Racial and Economic Justice announced in an email that they would participate, though this reporter did not see their banner over the course of an hour and a half in the crowded park.

Other activists also said that they had seen members of the socialist Zionist youth movements Hashomer Hatzair and Habonim Dror at May Day events earlier in the day, wearing their trademark blue shirts. One activist was handing out free pamphlets of the writing of the Polish Jewish Marxist Rosa Luxemburg.

The south side of Union Square had the feel of the rock festival. And it kind of was. Tom Morello of the leftist band Rage Against the Machine led a sing-along to “This Land is Your Land” from a stage at the foot of the park, followed by hipster rap group Das Racist playing their single “Michael Jackson.” Later a choir sang the union ballad “Solidarity Forever.”

As young women danced along, one 30-something-looking man was overheard remarking: “I’d kill to be a 20-year-old right now.”

The scene on the square’s west and north sides was more generally sober. Unions representing teachers, transport workers, and nurses, among others, prepared for their march down Broadway.

Banners in the square mostly targeted Wall Street banks and social inequality, favorite themes of the Occupy movement. But at least one argued against an attack on Iran, while another read “Queers Against Israeli Apartheid.”

“I tend to be very anti-capitalist,” said Jesse Marcus, a yarmulke-wearing activist at the Union Square rally who said he had been involved in organizing Jewish-themed elements to the Occupy protests in the fall. “Capitalism makes for workforce discrimination.”

With reporting by Charlie McLaghan