What the Survivor and Historian Know 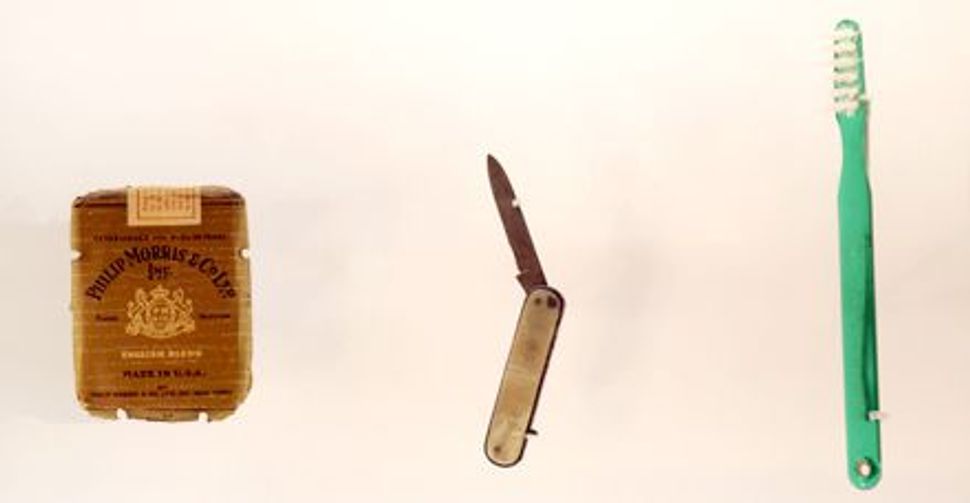 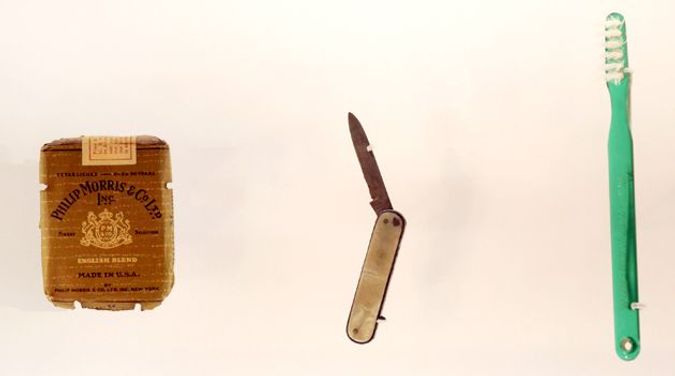 Evidence: Gifts given to a Holocaust survivor upon the liberation of Buchenwald are displayed at London?s Jewish Museum. Image by getty images

Jeff Cohen’s “The Soap Myth,” as produced by the National Jewish Theater Foundation and directed by Arnold Mittleman, has brought to life on the New York stage the inherent tensions between Holocaust historians and Holocaust survivors over facts and interpretation of facts. Time and again, survivors speak of the Nazis’ making human fat into soap, while Holocaust historians say that, at best, there is insufficient evidence to support that claim.

When, during its creation, I was project director at the United States Holocaust Memorial Museum, I rejected the display of a cake of soap. So, too, did my colleagues at Yad Vashem in Jerusalem and at Auschwitz and Majdanek in Poland. Rather than go into the minutiae of detail regarding the soap, however, it is worthwhile to consider the relationship between survivor testimony and historical fact.

Elie Wiesel, the preeminent survivor, set the bar impossibly high: “Only those who were there will ever know, and those who were there can never tell.” Survivors’ testimony was privileged. They alone could know. Nothing could be said by my generation, born after the war; what could we know?

Primo Levi, the great Italian Jewish writer who was an inmate at Auschwitz, wrote of the difficulty of language: “If the lagers had lasted longer, a new, harsh language would have been born, and only this language could express what it means to toil the whole day in the wind, with the temperature below freezing, wearing only a shirt, underpants, cloth jacket and trousers, and in one’s body nothing but weakness, hunger and the knowledge of the end drawing near.”

He suggests caution, for we use ordinary language to describe the extraordinary conditions of the death camps and the brutal circumstances of its prisoners. Caution is required, even modesty — even by historians who are writing monumental works that require courage and tenacity.

Less exaltedly, I remember my first visit to Auschwitz, in the company of survivors and also the dean of the field of Holocaust studies, the late Raul Hilberg. As Hilberg took the microphone to orient the group to Auschwitz, one prominent philanthropist said in a loud voice, “What can he tell us that Moshe Chaim [a survivor of Auschwitz] could not?” And then, Hilberg began to speak.

Historians “know” what survivors could not know, at least not then. Historians have access to documents and memos, memoirs and letters, architectural plans and coded messages, information that was then classified and deemed top secret by many of those who were involved: the perpetrators, the victims, the bystanders and the rescuers, leaders of the Axis Powers and the Allied and neutral nations. These must be evaluated in context and weighed against other evidence.

For some historians, such as Hilberg, only documentary evidence was worthy of consideration; diaries and letters were to be considered, but often with a caveat that those written in proximity to the event were given greater credence, accorded more respect. Survivor testimony was considered inherently unreliable, a mixture of what was recalled from the camp and what was learned subsequently, fallible as human memory is fallible, most especially with the passage of time. Errors were pounced upon to discredit the entire testimony.

Yet, over time, we have come to understand each other better and perhaps to listen to one another more respectfully.

Survivors “know” something that we who were not there may never quite know: what it was like to be there — the anguish, the cold, the brutality, the hunger, the fear, the lice, the degradation, the humiliation and the assault on even elemental humanity. But if we listen attentively, respectfully and cautiously, we can use the survivors as our guide to enter the portals of this evil.

Even documentary historians have come to understand that some events happened but were never detailed in writing; all that exists to bear witness to some slave labor camps are the oral testimonies of its victims. Survivor testimonies must be evaluated as historical documents: “Trust but verify” is not a bad motto. Written documents also lie, as anyone who has read a self-serving memo for the record can tell you. Both must be considered in context, considered one against the other, weighed against all other available evidence. Then, and only then, may they offer us invaluable historical evidence.

Hilberg’s leading disciple, University of North Carolina Professor Christopher R. Browning, offered us a model of such historical writing in his important work “Remembering Survival: Inside a Nazi Slave Labor Camp” [Starachowiche in German-occupied Poland]. Israel historian Yehuda Bauer, also a documentary man, tried his hand at evaluating oral history with his work, “The Death of the Shtetl.”

There now exist more than 70,000 video testimonies of Holocaust survivors. The largest collection, at the University of Southern California’s Shoah Institute, has 52,000 testimonies in 32 languages from 57 countries gathered over more than 15 years.

So what has happened in the past few decades? Survivors have spoken and historians have listened, and the best of the historians have considered the insights of literature and poetry, psychology and religion, sociology and anthropology to enrich their work.

Would that enable a museum to exhibit the bar of soap? Not without persuasive evidence. But the very nature of the encounter between historians and survivors would be different; the former would be prepared to listen and to learn, not necessarily to agree, and the latter would be heard respectfully and might even be willing to concede that we, who were not there, know something.

That may be the best that can happen. It was a long time in coming.

Michael Berenbaum is director of the Sigi Ziering Institute: Exploring the Ethical and Religious Implications of the Holocaust and professor of Jewish Studies at American Jewish University in Los Angeles.

What the Survivor and Historian Know