If It’s Okay for Mofaz… 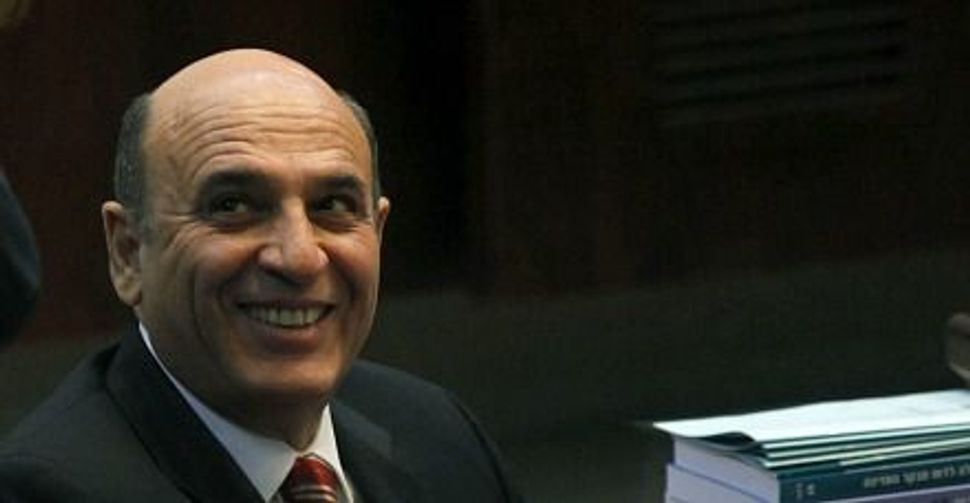 The dramatic announcement that Israel was going to have a new unity government instead of national elections scrambled the political calculus in the Knesset, left a shrunken opposition rudderless, and proved once again that Benjamin Netanyahu is one heck of a politician.

It has also opened up opportunities for American Jewish dialogue on Israel.

How so? Before he agreed to join the government and become deputy prime minister, Kadima leader Shaul Mofaz publicly enunciated positions that were at odds with the official Netanyahu administration’s line, some more to the left than his centrist history would suggest. If the second-in-command in the Israeli government is permitted to say such things, shouldn’t American Jews with similar opinions be allowed inside our ever-shrinking communal tent as well?

For example: Netanyahu has insisted that Iran poses the greatest existential threat to Israel since the Holocaust, that development of nuclear weapons must be stopped at all costs or the Jewish people will be sent hurling back to 1939. He has successfully convinced many American Jews and political leaders to frame the question in the same way, and his supporters chastise President Obama for not employing similar apocalyptic language.

And Mofaz? “The greatest threat to the state of Israel is not nuclear Iran,” he told The New York Times in April, just after his election as Kadima party chief. He also has supported the views of those in the defense establishment who oppose an Israeli strike.

Instead, Mofaz went on to say in the interview, the greatest threat to Israel is demographic — that it would cease to be a Jewish state because it would have as many Palestinians as Jews.

For several years, too, Mofaz has carried around an outline of his own two-state solution. Considering that he expects Israel to keep the large settlement blocs, his plan would probably not be greeted warmly in Ramallah. But he does propose borders that require “land swaps” — a phrase that came into disrepute after Obama uttered it in a major speech, even though it’s been central to any diplomatic calculation for decades.

Moreover, rather than complain that Israel has no partner for peace, which is the current Netanyahu justification for the absence of negotiation, Mofaz has said that he could resolve the remaining issues with Palestinians within a year.

On the social protest movement that swept Israel last year, Mofaz has been largely sympathetic, telling The Times that if the tent cities and demonstrations resume this summer, he will join in.

Of course, in that same interview, Mofaz promised not to do what he has just done —“I will not join his government,” he said of his new boss — so it’s not clear which of his other positions he would now like to retract. But that’s a politician’s prerogative.

The lesson for American Jews is more straightforward. One can support the State of Israel and still disagree with some of the central policies and attitudes of its current government. Why, you can even be part of the government and do that, too.

If It’s Okay for Mofaz…