Vigilante Justice and the Jews 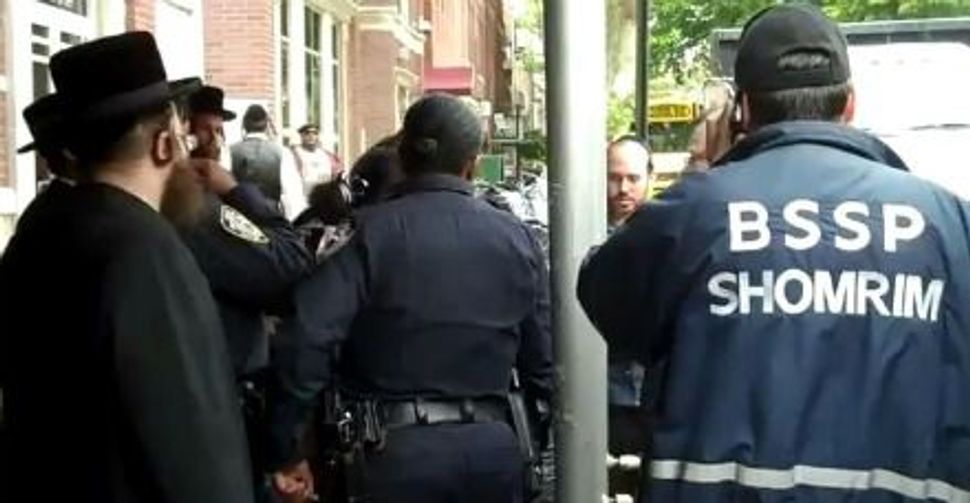 Image by Courtesy of bpshomrim.org 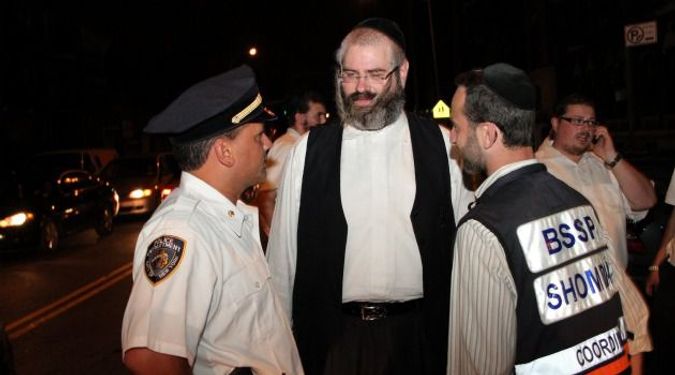 Wary of Outsiders: Distrust of the police in Orthodox and Hasidic worlds runs extremely deep. Shomrim members, all volunteers, usually describe their roles as those of intermediaries, liaisons between city and community. Image by Courtesy of bpshomrim.org

In early May, a circuit court judge in Baltimore found Eliyahu Werdesheim, a 24-year-old member of a local Shomrim anti-crime patrol, guilty of assaulting a teenager named Corey Ausby. According to prosecutors, in 2010 Werdesheim and his brother, Avi, set upon Ausby on a residential street in Northwest Baltimore and beat him with the butt of a two-way radio. Werdesheim, for his part, claims he acted only in self-defense: Ausby was brandishing a nail-studded board, he told reporters. He now faces up to a decade behind bars.

Unsurprisingly, the case has drawn a good deal of media attention, both for its passing resemblance to the Trayvon Martin debacle — attorneys for the Werdesheims, worried about jury prejudice, asked for a bench trial — and because of the background of the victim and aggressors. Ausby is black. The Werdesheims are white. Battle lines have been drawn accordingly.

“If the culprits were African American, some people feel justice would’ve been swifter,” the president of the Baltimore chapter of the Southern Christian Leadership Conference has said. On their way into the courtroom every morning, the Werdesheims marched past a scrum of black-jacketed Hasidic and Orthodox supporters who proudly held aloft signs bearing the message “Safety is our right.”

The spectacle was new for Baltimore, where the Shomrim are a relatively recent phenomenon: According to the official website of the Shomrim of Baltimore, the patrol was founded in 2005. It would not have been new for Brooklyn, where Hasidic anti-crime organizations have been active for decades. For the most part, the Shomrim — from the Hebrew for “watchers” — are viewed as a benevolent presence. They fix flat tires, maintain order at parades and religious events and organize foot patrols to track down missing individuals. (Famously, the Boro Park Shomrim managed to rapidly mobilize hundreds of residents after the 2011 disappearance of Leiby Kletzky, a young Hasidic boy eventually found murdered.)

Although it is often difficult for outsiders to understand, distrust of the police in Orthodox and Hasidic worlds runs extremely deep. Shomrim members, all volunteers, usually describe their roles as those of intermediaries, liaisons between city and community.

Three years ago, when I first began researching a book on the Shomrim, I was surprised to hear otherwise levelheaded Hasidic acquaintances tell me that in the case of an emergency, they would notify the Shomrim first, and only later — if at all — the New York City Police Department. In areas hit particularly hard by crime and patrolled only lightly by police, the Shomrim are often seen as providing an essential bulwark against “outside” elements, which are almost always black or Hispanic. In a best-case scenario, the Shomrim can get to a crime scene before the authorities and provide essential data to the police.

But even in Hasidic communities, there is an acknowledgement that the Shomrim sometimes overstep their bounds. And no wonder: The very thing that makes the Shomrim the Shomrim — the two-way radios, the squad cars, the sense of authority — has long made the organization a magnet for troublemakers and would-be tough guys.

In the 1960s, a Lubavitcher rabbi named Samuel Schrage founded the Crown Heights Maccabees, the original Hasidic anti-crime patrol. The police, alarmed by the presence of untrained vigilantes, put steady and unrelenting pressure on Schrage to shut down the Maccabees. Later the organization reformed as the Shomrim, but the scent of controversy followed the members still; over the next four decades, Shomrim members were routinely accused of — and often arraigned for — assault.

In fact, poring over news clippings and magazine reports, a simple pattern repeats with alarming regularity: One or more patrol members allegedly attacks an African-American man; black leaders allege injustice; the front pages of the tabloids spill over with indignant headlines; the city and police promise a crackdown, and inevitably, after six months or a year, the outrage fades. The Shomrim remain intact.

Partially, this is a matter of the aforementioned community support for the patrols. And partially, it’s a matter of politics. Although authorities have often pursued individual members of the Shomrim, they have signaled unwillingness to go after the organization in any systematic way — a nod, undoubtedly, to the sizable clout of the Hasidic and Orthodox voting blocs.

These days, there are dozens of Jewish anti-crime patrols across the country and abroad — in New York, Miami Beach, London and Australia. They are extremely unlikely to fade away.

But they can be reformed. And not by force or prosecution, but with a little effort from city officials. History suggests that the most effective Shomrim patrols are the ones that maintain an active and friendly relationship with the local police. This is the case, for instance, in the Brooklyn neighborhoods of Williamsburg and Boro Park, where police often speak approvingly of the Shomrim patrols, and in Crown Heights, where the local precinct house has cleared a room for members to congregate. In exchange, the Shomrim patrols keep the NYPD informed of their activities, and up to date on happenings inside the community. And they seem increasingly less likely to operate outside the bounds of the law.

An NYPD official in Brooklyn once told me that as soon as he was assigned to the neighborhood, he made it his job to learn by name and face the ranks of the Shomrim and to encourage those men to come to him, to share information, to open up a conversation. He worried — correctly, I think — that by cracking down on only the Shomrim, he would open up a gulf between the Jewish patrol and the NYPD. It was better to stay “friendly,” he said.

Obviously, friendliness is not a catch-all: Criminal offenders must be punished to the full extent of the law. But improved relations between police and Shomrim could go a long way toward preventing another assault like the one on Corey Ausby.

Matthew Shaer is the author of “Among Righteous Men: A Tale of Vigilantes and Vindication in Hasidic Crown Heights” (Wiley, 2011). He writes regularly for New York magazine.

Vigilante Justice and the Jews