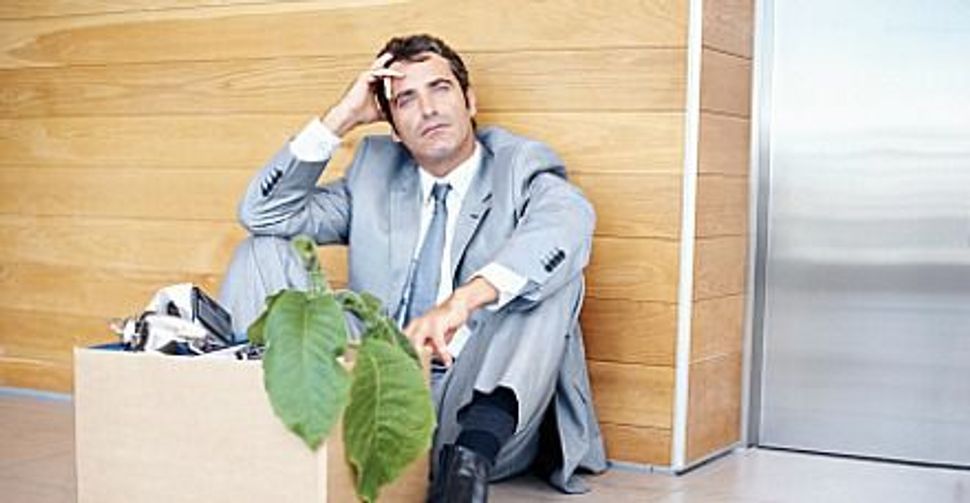 In their May 2 debate in New York, Daniel Gordis and Peter Beinhart enthusiastically agreed on one matter that has been omitted from all the coverage of the event I’ve seen. And yet I am exceedingly uncomfortable with their argument. Here, reluctantly but necessarily foreshortened, is the heart of their exchange:

The question put to both of them was. “Both of you have written about the tragedy of young American Jews who have no connection to Judaism and the fate of the Jewish state. So let’s say you were stuck in an elevator with one of the people from that demographic and you had two minutes to sell them about they should re-engage with Jewishness and Zionism and the Jewish people. What would you say?”

Gordis went first: “I wouldn’t engage in that conversation. When in the Gemarrah, the ger [stranger, heathen] comes to Hillel and Shamai and asks them to teach him the whole Torah while standing on one foot, Shamai throws him out; the question itself is an outrageously obnoxious question. It’s dismissive. I wouldn’t take two minutes while standing in an elevator to try to explain everything that makes my world meaningful or to try to convince somebody to be a moral human being, and I wouldn’t take two minutes in an elevator to try to convince another person why a life spent loving another person is a life that, although more complicated, is infinitely worthwhile. And I wouldn’t try to convince a person why a life spent being a patriot is a noble thing. There are certain conversations that don’t deserve two minutes; they deserve years of upbringing. I think we’ve gotten too used to the idea that important things can be summarized on the screen of an iPhone or a Blackberry. So I would actually side with Shamai and not with Hillel. I’m not going to have that conversation because it demeans everything that I stand for. You want to have a serious conversation about why I think that Judaism at its tribal is also at its most profound and most noble? Let’s spend months and years studying together and then we’ll begin to talk.”

And then, Beinart: “ On questions of Israeli policy and how we should respond to them, Daniel and I have very substantial disagreements. But when he gives answers like that, though I could not have stated it so eloquently, I could not more profoundly agree with what he said. I think he’s entirely right: It’s too late at that point, and the kids who ask that question have in fact been failed by our community, which says today to most American Jewish parents ‘the most important thing you can do is to raise children with knowledge of, joy in and fascination with Judaism — but, by the way, if you’re interested in the possibility of a full-time Jewish school, you’re going to have to take a second mortgage on your house and the school’s not likely to have a gym and we don’t even know whether it’s going to be around in three years. Go for it!’ That’s precisely why we end up with kids who would ask such an insulting question in the elevator.”

True, the question befits a smart aleck. But to say that the dismissive question should be dismissed, that it’s either years of upbringing, years of day school, or it’s too late? That’s still more dismissive. Pace Senator Santorum, it’s a snobbish response. Hillel’s answer to this question is widely known. “What is hateful to you, do not do unto your neighbor. This is the whole Torah and the rest is commentary; go and study it further!” Not bad for openers, but you’d still have a minute and three quarters left in that elevator, and treating the smart aleck like the wicked son ensures his continuing alienation.

No, there’s no way to summarize the whole Torah in the time available. But there is plenty of time to suggest a course just down the street for would-be converts, or to list with pride some of the extraordinary accomplishments of the Jews and to suggest that there may be a connection between the Torah of the Jews and the ways of the Jews and then to invite the rude skeptic for a leisurely coffee.

“No,” I’d say, “I’m not going to go the ‘on one foot route,’ which is insulting. But neither am I going to tell you that because you were failed as a child, you’re lost forever. Your grandfather died and left you a fortune in his safe deposit box. I know where the box is hidden, and I have a key that may open it. And I know others who’ve begun with no more than you and who have found great riches. I’ll help you find some of those people, and others just getting started; perhaps you can put some time in along with them — enough so that your own kids will have a better shot than you. Yes, it is late — but it is never, not ever, too late.”