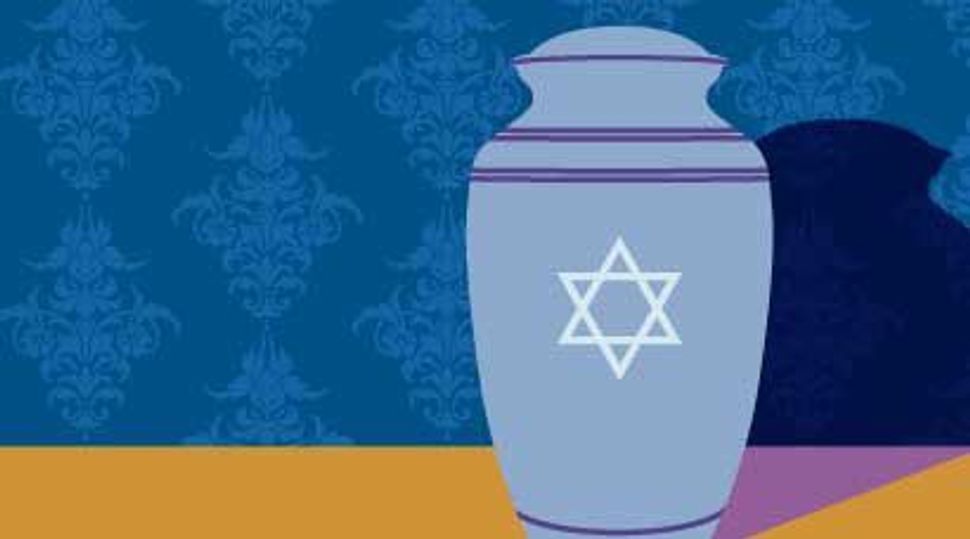 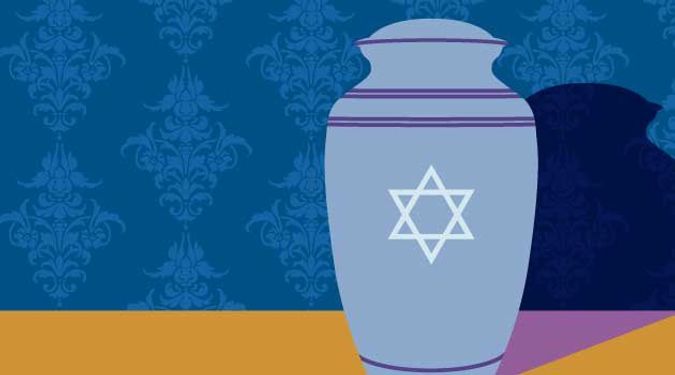 At first glance, the two sides of the Jewish cremation dilemma seem clear. Opponents deplore what they see as a violation of Jewish law, desecration of the body and callous indifference to the memory of the Holocaust.

Proponents claim that cremation is less costly and more ecological, and that it saves land for the living. Yet a closer examination reveals a much more complicated picture. We need a Jewish conversation that speaks to the realities of both cremation and burial. This conversation is difficult because it involves facing death — not the illusory death of movies and computer games, but real and inevitable mortality — and what it means for our lives.

Levayah, the Hebrew word for “funeral,” actually means “accompanying.” Whether we bury or burn, our willingness to accompany is usually quite limited. Between medical pronouncement and final disposition, our dead are typically wrapped up and taken away to preparations of which we have only the vaguest knowledge. It’s much easier to focus on the details of a product — an urn or a coffin, a memorial plaque or a headstone — than on honoring and protecting a body in transition.

Jewish funeral imperatives are derived from the biblical precept that even the corpse of an executed criminal deserves protection from desecration. Levayah also incorporates such traditional but still relevant principles as biodegradability (“To dust you shall return”), sustainability (“Do not waste or destroy”), simplicity and equality (“All should be brought out on a plain bier for the honor of the poor”). With this in mind, we can approach the questions about cremation that make it most problematic for Jews.

Is cremation a violation of Jewish law? Orthodox rabbinic authorities maintain that it is. Meanwhile, the Conservative movement in 1986 unanimously adopted a rabbinic ruling: “Even though our tradition has clearly developed a taboo against cremation, there is no explicit source in the Bible or in the Talmud against it.” That being said, the “sacred established tradition” of burial should be upheld, and “if the body has been cremated, there is still a positive mitzvah to bury the ashes.”

Two years later, Reform rabbinic leaders also went on record to discourage the scattering of cremated remains in favor of their burial. Unfortunately, these rabbinic decisions are at cross-purposes with the established regulations of many Jewish cemeteries, which forbid precisely such interment of cremated remains.

Is cremation a desecration of the body? While some world cultures have cremated their dead with the utmost reverence for millennia, it is crucial to understand North American industrial procedures. Bodies are warehoused before each one is incinerated at four-digit temperatures for two to three hours. Afterward, bone fragments and other residue are further pulverized before they are boxed and returned. The absence of family and community members is as stark as it is standard.

Mistakes do happen. At best, “ashes” returned may not actually be those of one’s family member. At worst, there is the risk of falling prey to one of the many scandals of real criminal desecration that surface regularly throughout the United States, to the devastation of surviving kin.

The dumping of about 300 decomposing corpses at a Georgia crematory was exposed in 2002. A New Hampshire crematory was shut down in 2005 after some 4,000 cremations, for violations that included com-mingled cremation, unlabeled remains and forgery. Trafficking in human body parts at several New York funeral homes left more than 1,000 bodies desecrated as of 2006. In the absence of protective levayah, anyone’s body is vulnerable to such crimes.

Is cremation more ecological than burial? “For most environmentalists, it’s actually better to fade away than burn out,” British journalist Leo Hickman has noted in the Guardian. “Our lives… already result in enough gratuitous combusting of fossil fuels. Much better, in death, to compost down as nature intended.”

The Centre for Natural Burial offers an extensive list of greenhouse gas emissions and other pollutants linked to crematories, and estimates that “the amount of nonrenewable fossil fuel needed to cremate bodies in North America is equivalent to a car making 84 trips to the moon and back… each year.”

There are also hard questions of environmental justice, since crematories — like other incinerators — are generally located in poorer communities. The Associated Press has reported on neighborhood campaigns to block the construction of new crematories in various states and countries, with particular concern for mercury emissions from dental fillings.

Does cremation save land? Given the prodigious consumption of nonrenewable energy, the air pollution and the global warming hazards involved, it’s difficult to make the case that cremation will safeguard “land for the living” in any truly sustainable manner for future generations.

Is cremation less expensive? Usually — assuming only direct transport from deathbed to crematory. Depending on the details of memorial service arrangements, though, costs may rival those of burial. Most significantly, as indicated previously, the ultimate environmental costs of cremation are much higher than the dollar amount paid by the individual consumer.

Does the choice of cremation reflect indifference to the Holocaust? Not necessarily. There is growing awareness that some Holocaust survivor family members quietly but deliberately choose cremation as an act of solidarity with murdered relatives. Sensitivity to this mostly unspoken way of working through the legacy of trauma should temper our public rhetoric.

This last question brings us to the crux of the issue. We need to speak with our families not only about our funeral requests, but also about what these requests really mean to us. A request for cremation may express kinship solidarity, or a fear that no one will visit or remember a grave. It may reflect a terror of enclosed spaces — which, given hours in an oven at extreme temperatures, the mechanics of cremation would not seem to assuage. It may represent a hope of easing the burden on our surviving family members, who may or may not see the request in the same way. It often involves a search for some means of avoiding the messy human need to grieve our losses.

Silence intended to spare the feelings of those we love often has the opposite effect at the end of life. The loving courage to speak about what really matters can strengthen our relationships. For our families and communities, as well as for the sake of our planet, it’s vital that we take this conversation to another level.

Rabbi Regina Sandler-Phillips is a chaplain, educator, and the director of Ways of Peace, which promotes community justice and kindness via mindful responses to human needs throughout the life cycle.