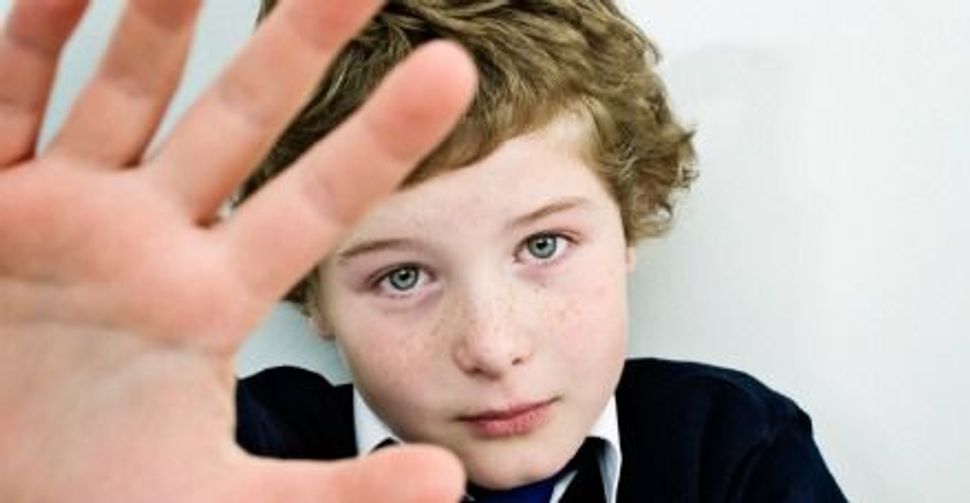 Last year, the Berkeley Media Studies Group analyzed news coverage of child sexual abuse and concluded that one reason such abuse is underreported and misunderstood is that the media employs vague and inconsistent language in its stories. “Such imprecise language limits the public’s understanding of the issue and disguises its severity,” said the authors, who encouraged journalists to be more detailed in their descriptions, to report the true horror.

So there’ll be no euphemisms here — just a few examples of the 97 cases that the Brooklyn district attorney’s office claims to have investigated since the establishment of a sex abuse hotline for the Orthodox community in 2009. (Warning: graphic language.)

• Defendant sexually abused three boys while giving them bar mitzvah lessons. He was a counselor to a fourth boy and sexually abused him. Convicted and sentenced to 13 months in jail.

• Brothers aged 17 and 18 sexually abused their sister between the ages of 9 and 12. Pleaded guilty but victim and her mother refused to testify.

• Defendant rubbed his penis on a 9-year-old girl’s buttocks in the synagogue bathroom. Convicted and sentenced to four years in jail.

The DA’s office did not say who exactly reported these cases of molestation. But as our Paul Berger reports, the head of America’s largest ultra-Orthodox umbrella group insists that, contrary to civil law and societal expectations, parents should first get rabbinic approval before bringing cases of suspected abuse to the public authorities. Rabbi David Zwiebel, executive vice president of Agudath Israel of America, argues that trained rabbis are able to determine the probable veracity of children’s claims, and therefore prevent false allegations from ruining someone’s good name.

Unfortunately, rabbinic authorities — like Catholic priests and Penn State officials — are also known to protect their peers, pre-empt independent investigations and shuffle problems from one place to the next. While false accusations can happen, and care must be taken to safeguard reputations, that threat pales in comparison to the underreporting of child sexual abuse, particularly in communities that shun transparency and are adept at enforcing communal norms of silence.

Zwiebel cites the Jewish principle of mesirah, the prohibition against informing on fellow Jews, as the reason for rabbinic intervention. But adherence to that outdated obligation must be balanced by the crying need to listen to children, to hear their pain and protect them from future hurt. Yes, rarely, a child may make up a story, but far, far more common is a child afraid to reveal the truth, especially if he or she lives in a community suffering under the weight of its own denial.

The secrecy and lack of accountability within the ultra-Orthodox world is enabled and aggravated by the behavior of the Brooklyn DA, Charles Hynes. On the list of 97 cases referenced above, the name of every defendant is redacted — even the names of those who pleaded guilty, even those who have been convicted, even those who have been sentenced to years in prison. Hynes’s office contends that it is necessary to protect victims in a “tight-knit” community, an offensive decision to exempt these ultra-Orthodox enclaves from the rule of law governing everyone else.

The pursuit of justice is supposed to be a public act in this country, open to the kind of scrutiny that protects both victims and their accusers. A district attorney isn’t allowed to pursue justice on his own. Nor is a rabbi, no matter how esteemed.

Just as journalists have a duty to use precise language in describing horrible crimes so that the public can better understand the magnitude of the problem, law enforcement and religious authorities have a duty to operate openly and be held accountable for protecting the public good. So far, rabbinic leadership and the Brooklyn DA have failed. How many more horrible stories must be told until that changes?