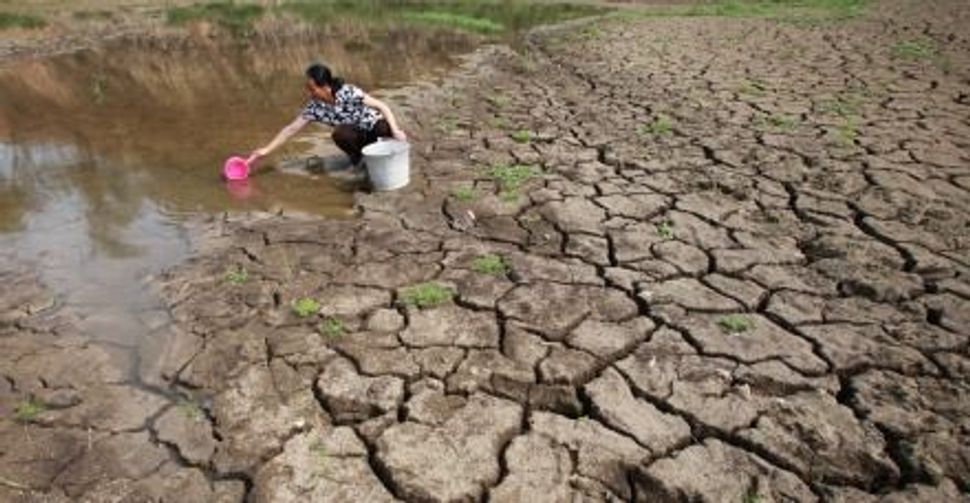 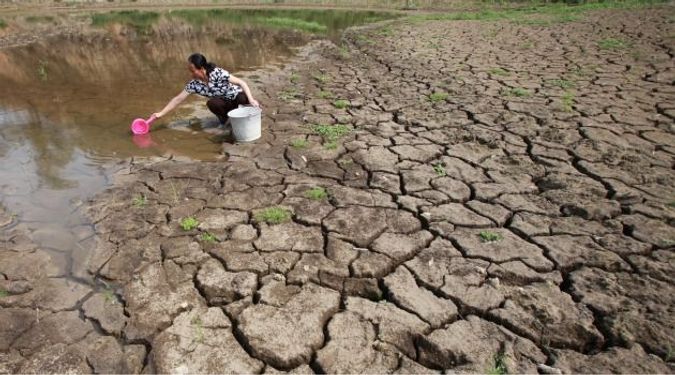 Biggest Issue is Earth: The changes ravaging the planet are the biggest issue facing voters this November. Image by getty images

Many smart folks I know are having trouble deciding how they’re going to vote this November. They list the pros and cons on each side and find the uncertainties canceling each other out. How do we keep Iran from going nuclear? Will the Supreme Court overturn Roe v. Wade? Whom do you trust to protect Israel? How do we get the economy moving? And what the heck is a derivative, anyway?

Actually, it’s not that complicated. There’s really only one question that matters this November: Do you want to leave your grandchildren a habitable planet?

It sounds melodramatic, but the question is real. The answer may well be decided by whoever wins the presidency in November. Depending on the outcome, unemployment could end up the least of our problems.

The question seems to confuse a lot of people. That’s partly because the consequences seem improbably vast, and it’s not at all obvious how we’d go from here to there. The disaster, if it comes, will emerge only gradually over the course of a century. But that doesn’t mean we have a century to deal with it. What happens in 2100 will depend on decisions made in the coming decade. Later will be too late.

Scientists have been warning for several years, most recently at an international climate conference in London in March, that the planet is approaching a tipping point. The cumulative effects of the Industrial Revolution, of burning coal and oil and pumping fumes into the air, have raised the average annual temperature of the atmosphere by about 1.4 degrees Fahrenheit above pre-1850 levels.

The results are just now becoming visible in sharp worldwide increases in extreme weather and in the rapid melting of polar ice. Unprecedented droughts in Russia and Argentina and biblical-scale flooding in Australia and Iowa have decimated global wheat production, sparking food riots that turned into revolutions in Tunisia and Egypt. Desertification in East Africa has touched off mass migrations northward, creating illegal immigration crises in Southern Europe and Israel. Warmer, moister air over the Gulf of Mexico has increased the frequency and severity of thunderstorms and tornadoes over the Midwest.

As recently as two years ago, most scientists were unwilling to link individual natural disasters to carbon emissions. It’s now becoming conventional wisdom.

If worldwide carbon emission isn’t dramatically slowed by the end of this decade, scientists say, the carbon already in the atmosphere will push temperatures steadily upward. Widespread havoc will ensue, but three catastrophic events are particularly worrisome: the melting of the Arctic icecap, the death of the Amazon rainforest and the thawing of the Siberian tundra permafrost. Each one will set off its own cascading series of after-effects, together boosting the average global temperature to as much as 6 degrees above pre-industrial levels by 2100.

Some leading scientists, led by James Hansen, head of the NASA Goddard Institute for Space Studies, fear that the first two catastrophes are already approaching. The Arctic ice cap is dangerously thin and largely disappears during the summers. Instead of white sheets of ice and snow reflecting the sun’s rays back into space, stretches of dark ocean appear, absorbing heat and warming the water. Once the icecap is melted, it won’t return. The Arctic Ocean will become a huge global heating element.

As for the Amazon rainforest, it normally plays a crucial role as a so-called carbon sink, absorbing billions of tons per year of carbon dioxide released into the atmosphere by human activity and thus slowing the warming process. It’s currently on pace to reverse that role. In 2005 and 2010, severe droughts killed millions of trees, whose decay released billions of tons of carbon, adding to warming instead of reducing it. Scientists expect this to become the norm as droughts become a permanent fact of life in the region.

The thawing of the Siberian permafrost is a different story. Eons worth of decaying plant life lie under the frozen soil. A thaw would release hundreds of billions of tons of carbon in the form of carbon dioxide and methane — equivalent to an entire century’s worth of fossil-fuel emissions. It’s still avoidable, but no one knows for how long.

Once under way, these processes amplify each other. In addition to deadly heat waves, floods, disrupted growing seasons and species extinctions, scientists predict that melting glaciers will raise sea levels as much as 23 feet by 2100, forcing hundreds of millions of coastal dwellers to flee inland.

To complete the picture, one more bit of research is worth recalling. While 97% of the world’s climate scientists and every major scientific organization are in agreement over the causes and likely consequences of global warming, the American public is divided on the matter. A 2011 University of New Hampshire study found that political beliefs generally determine one’s reading of the facts rather than vice versa. Presenting new information does little or nothing to sway listeners.

Public skepticism is reinforced by television weather forecasters, the main source of weather and climate information for most Americans. Four out of five forecasters question the science of climate change, according to a recent study at George Mason University. This is partly because the systems they study — short-term predictions of local weather events — are notoriously unreliable. Few are familiar with the far more complex systems of climate research, which have proved remarkably — and depressingly — accurate so far. Forecasters filter climate news with the same biases and resistance as the general population, but with the added bias of assuming they know better.

And so, our choices in November. Fairness usually dictates that we weigh each candidate’s merits and deficiencies against the various issues we consider important. We might, for example, weigh the parties’ views on Israel and on the teaching of evolution and decide that Israel’s problems are so great that ninth-grade biology will have to suffer for a few years. As the saying goes, it isn’t the end of the world.

This year, though, that’s exactly what’s at stake.