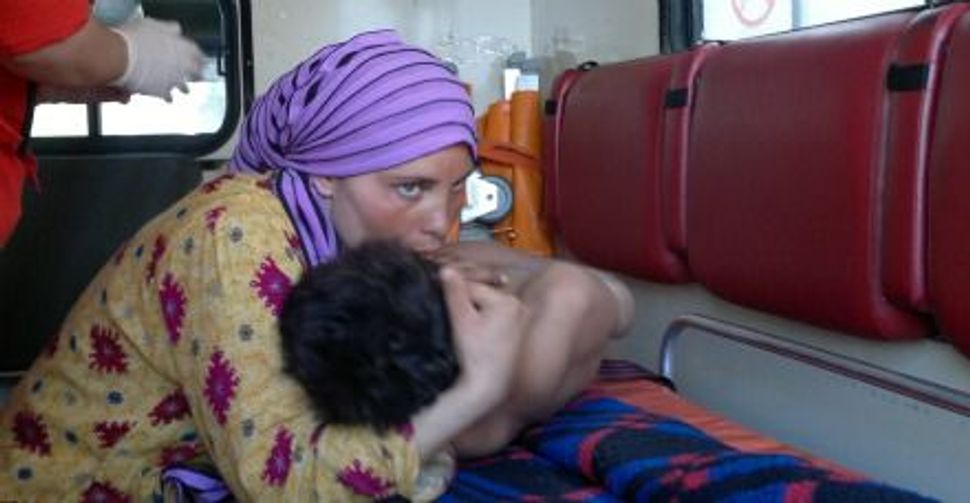 What is to be done about Syria?

The Houla Massacre, as it has become known, has pushed the uprising against Bashar al-Assad’s regime into new territory. On May 25, 108 civilians were killed in a village on the outskirts of Homs. Nearly 50 of them were children. And according to the United Nations Human Rights Council, the vast majority were summarily executed — lined up and shot in the head. The hand wringing and sighs that have so far characterized the world’s reaction to Assad’s attempt to maintain power no matter the cost will no longer suffice.

Action feels necessary now if only because the scenes described by the Houla survivors so clearly and chillingly echo massacres past — in Rwanda, in Srebernica, in Babi Yar. An elderly woman hid in terror as she watched her entire family being shot. An 11-year-old boy survived by smearing himself with his slain brother’s blood and pretending to be dead. The pro-government militia, known as shabiha, which committed these atrocities, chanted as they carried out their crimes, “Shabiha for you, Assad.”

The U.N.’s conservative estimate is that more than 10,000 people have been killed in the 15-month long conflict. But it is these deaths in Houla that have managed to break through. People had become numb to the accumulating news of violent suppression, but the slaughtering of children has provided a certain pressure and urgency. Even the obstructionist governments of Russia and China were shamed into signing a U.N. resolution condemning the massacre.

But how should the international community channel this new indignation? Is the answer as simple as military intervention? It appears not. Even the human rights organizations are cautioning against such a move. Though the Holocaust and the genocides of the 1990s make passivity impossible, there are even more recent precedents that do and should give us pause: Iraq and Afghanistan.

There are those who, like Republican presidential candidate Mitt Romney, offer cavalier solutions, such as providing arms to the fractious band of rebels. Others demand a NATO-led air war. But these hawks can’t answer basic questions about who exactly could take power in Syria after Assad, which of the various factions of warring oppsition groups to even support, or how to avoid turning an intevention into a regional conflagration. Legions of experts keep making the same point that what worked for Libya won’t work in Syria. After the interventions of the past decade and their Sisyphean aftermaths, it would be irresponsible to imagine we could dip our toe into this conflict without considering the consequences.

But this complexity should not be an invitation to sit on our hands, nor is it acceptable to simply give Assad more time to kill by settling for half-measures like former U.N. Secretary General Kofi Annan’s ineffectual peace plan or sending a few powerless U.N. observers.

What we can do is use this moment for the moral clarity it provides. If, before Houla, it was still conceivable for Assad’s remaining defenders to imagine they were witnessing in Syria an internal power struggle between pro- and anti-government forces, it should now be clear that Assad is a murderer, capable of ever worse brutalities and willing to cravenly exploit ethnic divisions to hold on to his power. This is now plain and simple to see. Perhaps if Russia and China — and, one can always hope, Iran as well — start to feel his bloody hands staining theirs, the path might be open to the sort of isolation that will make a difference.

Our responsibility, in the meantime, is now more apparent than ever. Don’t forget the massacred children of Houla, and don’t let the world forget them, either.