Silencing of the Liberal American Jew 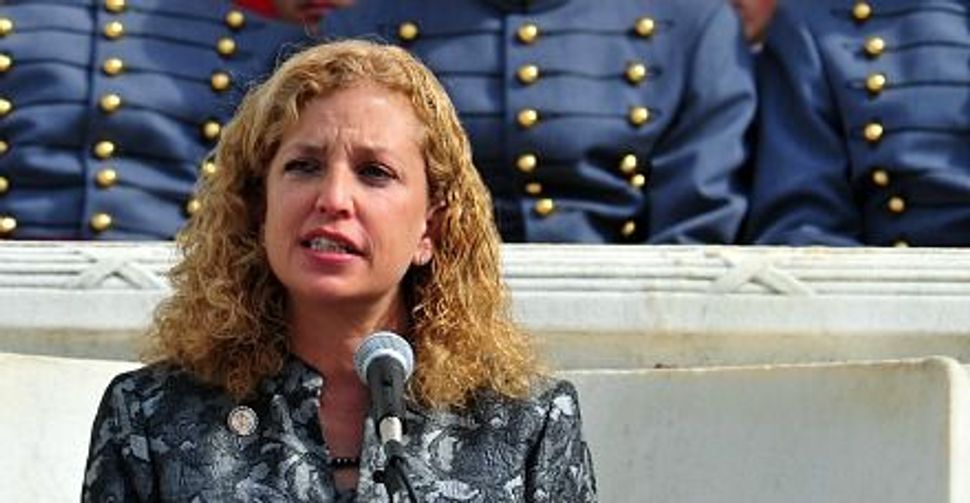 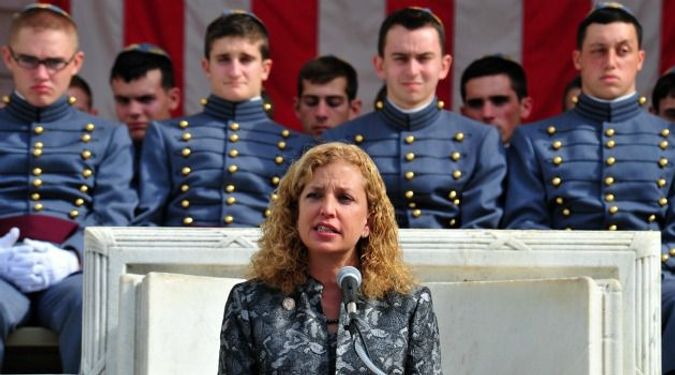 Silencing Liberal Voices: A Miami synagogue recently scrapped a talk by Debbie Wasserman Schultz after a powerful member who is a Republican complained. Image by getty images

When Miami’s Temple Israel canceled a scheduled Memorial Day talk by local Democratic Rep. Debbie Wasserman Schultz, following a protest by a wealthy Republican donor, it did more than just insult an elected official. It laid down a significant new marker in the gradual silencing of American Jewry as a moral voice in the broader society.

The silencing has been so gradual, and so thorough, that few even notice it anymore. There was a time — for about a half-century after World War II — when the Jewish community’s main representative bodies played a leading role in national struggles for tolerance and equal rights, fighting for Jews and non-Jews alike. Combining organizational savvy, generous donors, a motivated base and the moral authority of history’s victims, the community gained a standing and clout beyond its numbers. And the nation was better for it.

No longer. The great Jewish civil rights agencies that once fought for a broad spectrum of progressive policies now devote the bulk of their resources narrowly to pro-Israel and anti-terrorism advocacy. Jewish federated charities, a multibillion-dollar network of social services heavily dependent on government dollars, are regularly blocked by tiny minorities of Republicans from advocating even the sorts of federal budgets that would ensure their own fiscal health. The range of our moral concerns as a faith community becomes ever narrower, ever more focused on ourselves. We are in danger of becoming, in classic Seinfeld fashion, a religion about nothing.

In the Miami incident, the congresswoman was invited to speak at the historic downtown temple following the May 25 Sabbath service where the daughter of a friend was to be confirmed. Her talk was canceled on one day’s notice after longtime congregation leader Stanley Tate, who chairs the Miami-Dade Romney campaign, publicly demanded the right of “rebuttal” and then resigned his temple membership. He complained that she chairs the Democratic National Committee, forgetting that she’s first of all an elected lawmaker.

The synagogue then canceled the congresswoman’s talk, citing “security” concerns. Wasserman Schultz correctly blamed the temple’s “internal politics.” “It is unfortunate that some would allow politics to stand in the way of citizens’ ability to interact with their representative,” she told the Sun-Sentinel.

Actually, it’s more than unfortunate. Yes, protests against government officials speaking at public institutions have become all too commonplace, a sign of broadly declining respect for the institutions of democracy. It’s worth remembering, though, that such objections, whether by liberals protesting the military or conservatives protesting abortion, rarely succeed. Even when bishops censure Catholic universities for hosting pro-choice commencement speakers — like President Obama at the University of Notre Dame in 2009, or Health and Human Services Secretary Katherine Sebelius at Georgetown this spring — respect for the office, for civic responsibility and democratic norms, nearly always comes first.

The Jewish community hasn’t shown the same firmness of spine. Determined campaigns by noisy minorities or threats by a handful of major donors regularly silence voices deemed controversial. The most familiar flashpoint is Israel, a subject so charged for so long that we’ve come to take the suppression of dissent for granted, like a perpetual toothache.

The disinviting of Wasserman Schultz takes the stifling of free discourse into a new and alarming realm. In this case, a hugely popular elected official has been prevented from speaking on matters of national concern to an audience that overwhelmingly agrees with her, within the walls of an institution that is committed to the sorts of liberal views she represents. All because one donor objects.

It’s often claimed that the changed stance of the community’s leaders must somehow reflect a changing mood in the pews. Not so. Two new surveys of American Jewish opinion, one conducted by the Public Religion Research Institute for the Nathan Cummings Foundation, the other by Professor Steven M. Cohen for the Workmen’s Circle, portray a community as committed as ever to its famously liberal values.

A confession is in order here, and a disclosure. I wrote about the Cummings survey a few weeks ago and got it wrong. I argued that because support for social issues — gender and minority rights — is stronger than economic liberalism, we’ve become a community of limousine liberals. I missed the fact that economic liberalism, while weaker, still runs above a healthy 60%. Social liberalism without workers’ rights represents just a thin slice of the community. And the disclosure: I found my error when comparing the Cummings survey with the soon-to-be-released Workmen’s Circle poll, to which I got an advance peek while doing consulting work for the Circle (I didn’t work on the survey).

Both surveys found majorities of around 90% favoring legal abortion in all or most cases and 70% to 80% backing same-sex marriage. No surprise there.

The surprise: The Cummings Foundation survey found that 73% of American Jews believe the nation’s economic system unfairly favors the wealthy. In the Workmen’s Circle survey, 62% agreed that the power of financial institutions poses a “major threat” to the nation’s economy (only 8% saw “no threat”). Both surveys found majorities or clear pluralities in favor of tougher environmental protection, “even at the cost of jobs.”

Most unexpectedly, the Workmen’s Circle survey asked whether respondents’ “first reaction” upon hearing of a strike is to side with the union or the company and found 61% backing the union, versus 39% for the company. By contrast, a 2011 Pew Research Center survey of Americans overall found 40% siding with the union and 43% with the company.

We’re often told that Jews are an insignificant minority of the American population, politically important only because of their money. In fact, current research indicates a Jewish population numbering about 6.5 million and rising — fewer than Catholics, Baptists, Lutherans or Methodists, but greater than Presbyterians, Episcopalians or Mormons. They represent close to 5 million votes, mostly concentrated in 11 states with a combined 177 electoral votes. They have long been an important voice for justice. It’s a pity that they let their voice be hijacked, diverted or cut off from allies by an unrepresentative minority.

Silencing of the Liberal American Jew