Why Stop at the Big Gulp? 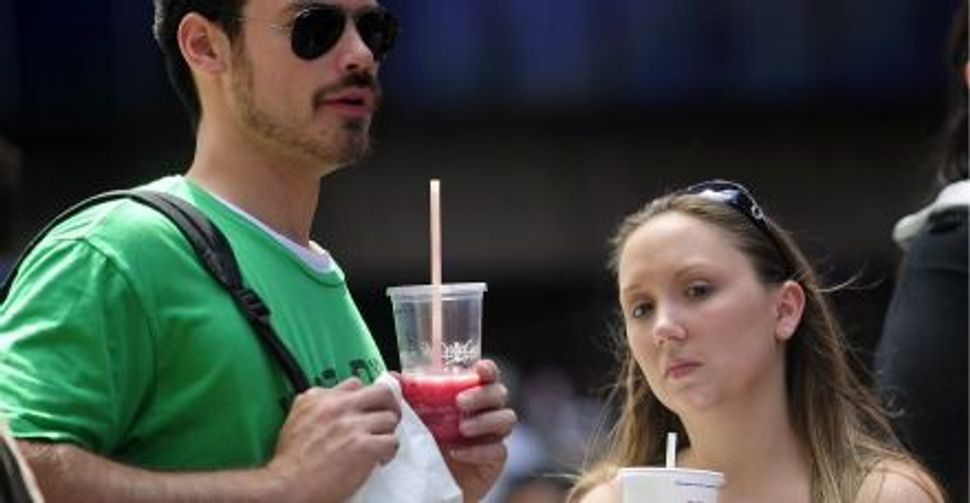 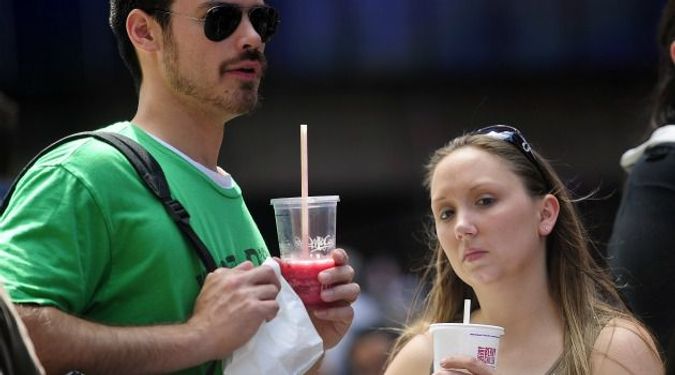 Equal Treatment: Those who object to Michael Bloomberg?s proposed ban on sugary drinks say the government should stay out of the grocery aisle. If so, we could start by ending the $3.5 billion in annual subsidies for corn, a key input in processed foods. Image by getty images

When it comes to traditional food, Jews know only one portion size: large. Have you ever seen a small bowl of chicken soup? A mini-matzo ball? A seder table that wasn’t groaning with extra dishes? Like the cultures of others who have known periods of deprivation, Jews tend to associate good with plenty. The proverbial Jewish grandmother will never let you get away with just one helping.

So how come the Jewish mayor of New York City is trying to outlaw supersize, sugary drinks?

Michael Bloomberg — who has banned smoking in restaurants, banished trans fats from many a menu and created more bicycle lanes than all the mayors before him — has announced a far-reaching ban on the sale of large sodas and other sugary drinks at restaurants, fast-food franchises, movie theaters, sports arenas, street carts and even delis. Giant versions of diet sodas, fruit juices and milkshakes will still be available. But that 64-ounce Double Big Gulp of Coca-Cola from 7-Eleven? It will soon be as illegal as smoking in Central Park. 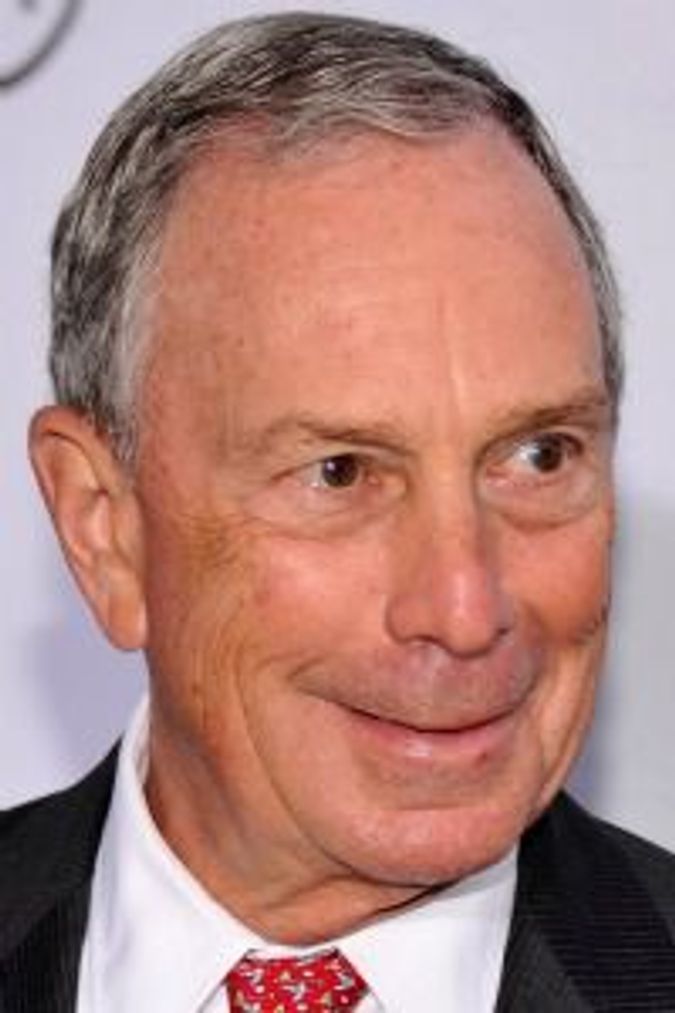 True, Bloomberg’s proposal still requires approval from the Board of Health, but since he appointed all of the its members, that’s considered a mere formality.

The mayor, who’s in his third and presumably last term in office and therefore largely oblivious to normal political pressures, can shrug off the critics who call him Nanny Bloomberg, but there’s something to that critique. Do we really want an elected official monitoring how much Mountain Dew we drink? If we subscribe to the belief that our bodies should be under our control, our business and no one else’s — a central argument of those who champion abortion rights — then why is this any different?

Here’s why: The libertarian position against government interference is justified only if it is applied uniformly. That is, if government has no right to regulate the portion size of sugar-laden soft drinks, then it also should not financially support the creation of those drinks. And it should expect whoever consumes them to bear responsibility for the consequences.

So those who deride Bloomberg’s meddling — and you hear versions of that derision in the conservative critique of Michelle Obama’s anti-obesity campaign — should also favor a definitive stop to the billions paid directly to farmers every year to grow corn, soy, wheat, cotton and rice. If the playing field is to be leveled, let it be from end to end.

But, of course, it’s not. In 2010, the American government shelled out $3.5 billion in corn subsidies, according to the Environmental Working Group, an advocacy organization. This money is paid out during good years as well as bad, to small-time farmers but mostly to wealthy agribusinesses who are able to flood the market with cheap corn that finds its way into more processed foods than you can imagine.

None of the subsidies go to those who grow the fresh fruit and vegetables that should make up the bulk of the American diet, the price of which has risen while the cost of many processed foods — including sodas — has dropped.

And those who believe it’s their inalienable right to guzzle a Double Gulp of Coke (744 calories, all from sugar) should therefore be willing to pay for the consequences. Studies show that soda consumption is a robust factor in the obesity epidemic that now threatens the health of one-third of Americans and is digging into everybody’s pocketbook. A study released in March by Cornell University researchers estimated that additional medical spending as a result of obesity amounts to $190 billion a year, more than 20% of America’s health care expenditures. Rest assured, those costs are passed along to all of us.

Another study by the Mayo Clinic, released at the same time, found that the costs of obesity now exceed the costs of smoking. If we can regulate tobacco, why not a supersized Coke?

As anyone who has compared the modern-day office with a scene from “Mad Men” knows, smoking rates in America are about half what they were in the 1960s. Public health education, boosted by the 1998 tobacco settlement requiring tobacco companies to curtail marketing, has contributed to this massive culture shift that leaves many a smoker puffing furiously outside his office in the rain. Why not rely on public education to do the same in fighting obesity?

Because it will take more than Michelle Obama doing push-ups on the White House lawn to push back this dangerous and costly epidemic. Big Tobacco is about one, lethal product. Big Food is a network of farmers and manufacturers with vast resources and political clout. Michael Pollan has famously noted that a package of Twinkies “is a highly complicated, high-tech piece of manufacture, involving no fewer than 39 ingredients” — and thanks to government subsidy, it costs less than a bunch of carrots.

If the federal government is unwilling to take bold steps to protect public health, if state governments are similarly frightened, then bravo to an independent mayor willing to do what needs to be done, even if it is unpopular. A slight majority of New Yorkers recently polled object to the proposed ban. A majority of New Yorkers are also obese or overweight. You make the connection.

In the end, the right path is moderation, a virtue that Americans seem to have lost in so many aspects of contemporary life. We Jews should recognize this as much as anyone. While we can point to the stereotypical Jewish mother who stuffs her cabbage and her children, our tradition actually has something profound to offer. In Maimonides’s widely accepted list of 613 commandments governing Jewish belief and behavior, the admonition against gluttony is number 169.

It was a smart idea in the 12th century, even smarter today.

Why Stop at the Big Gulp?