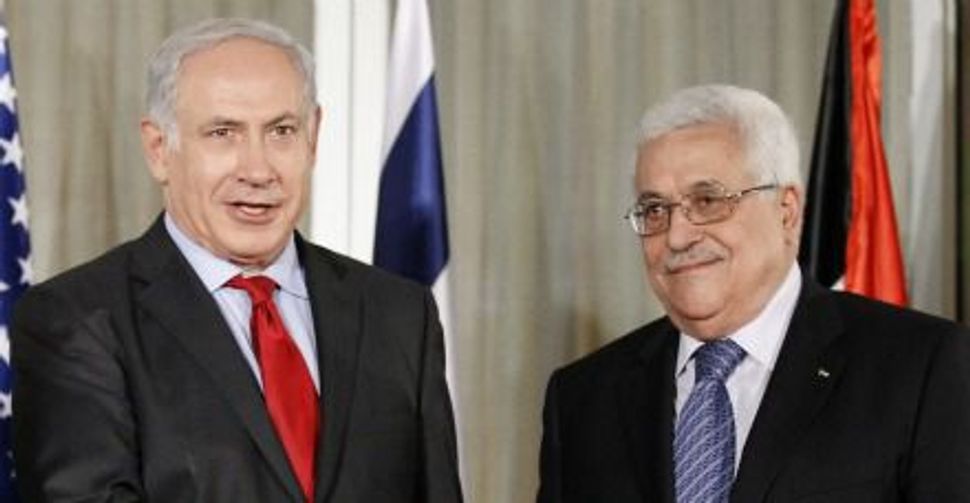 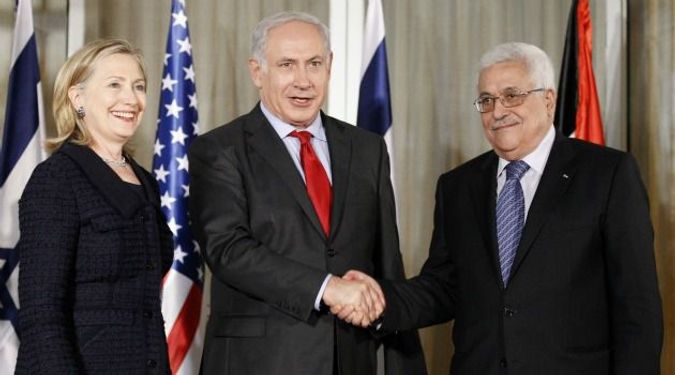 My Way or Highway: If the peace process is really and truly dead, then it might be better if either the Israelis or Palestinians take their own unilateral steps toward a solution. Image by getty images

If you say that the peace process, like the Wicked Witch, is not merely dead, but really most sincerely dead, no one will argue with you. Israel and the Palestinian Authority have not had a real negotiating session since September 2010, when so-called “talks” collapsed following a so-called settlement “freeze.” The last sign of life in the peace process was even earlier, in September 2008, when Ehud Olmert and Mahmoud Abbas came this close to a deal.

Since then, the parties have made no progress at all, and no one with any stake in the conflict (with the possible exception of King Abdullah of Jordan) is breaking a sweat to bring together the parties. In the absence of bilateralism, something else entirely has been happening: an emerging ethos of going it alone. Rather than seeking or obtaining mutual agreements, all parties are instead taking (and activists are advocating) steps large and small without waiting for permission from anyone.

Israel, of course, is no stranger to unilateralism. The Gaza disengagement in 2005 and ongoing settlement activity are the most obvious examples. As recently as this May, Defense Minister Ehud Barak — perhaps inspired by the popularity of a campaign by progressive Israelis calling themselves the Blue White Future and advocating “constructive unilateralism” — declared, “if a deal proves to be impossible, we have to consider a provisional arrangement or even unilateral action.”

Endorsement of unilateralism in Israel invites an assessment of other parties’ “unilateral” steps. Abbas, president of the P.A., has declared that if certain conditions do not occur, the Palestine Liberation Organization is going back to the United Nations, where he failed last September to get the Security Council to approve Palestine’s inclusion in the international body. This time, he says, he will go to the General Assembly, where he will seek, and undoubtedly get, a declaration that the PLO is a “nonmember state,” like the Vatican. Will the government of Israel, will the United States, will mainstream American Jewish organizations have the chutzpah to trash-talk Abbas for his “unilateralism” as they did in September?

Meanwhile, Palestinian grassroots activists, too, are engaging in the unilateralism of nonviolent resistance, calling not for negotiations but for freedom. Israel and Hamas have officially declared that they will never sit at the same table (which is at least a partial exaggeration in light of the deals they have lately made on Gilad Shalit and the prisoner hunger strike).

At its most extreme, the ultimate go-it-alone movement is the anti-normalization campaign in Israel and Palestine, first cousin to the global Boycott Divest and Sanctions movement, which condemns projects that bring together Israelis and Palestinians to promote co-existence. The logic is that such projects necessarily whitewash and legitimize the occupation along with the unequal status of the Palestinians, according to Dan Goldenblatt of the Israel Palestine Center for Research and Information. Thus, at the least, all contact with the official institutions in Israel, or any cooperation with people who work in these institutions, is off-limits. There is much in this movement to condemn, and most American Jewish organization, such as the Anti-Defamation League, do so not on the grounds that it is unilateral, but on the more familiar grounds of delegitimization.

Whatever one makes of the current ripples of unilateralism, there is at least this to be said for the doctrine: It pushes aside the familiar narratives of victimhood and puts a premium on agency. A young Palestinian in Ramallah told me a few weeks ago that he was sick of the P.A. constantly blaming everyone else for its oppression. “Time to take responsibility for ourselves,” wrote former Knesset speaker Avrum Burg, who famously condemned the pervasiveness of Holocaust ideology in his 2008 book, “The Holocaust Is Over, We Must Rise From Its Ashes.” “The Holocaust was a hellish horror, but we often use it as an excuse to avoid looking around and seeing how, existentially, 60 years later, in a miraculous way, we are living in a much better situation,” he said in a 2009 interview.

When the PLO goes to the U.N., when Defense Minister Barak and the Blue White Future activists advocate establishing provisional borders unilaterally, when the anti-normalization activists refuse relationships in which they have been abused and denigrated, all these actors are saying: “I am responsible for myself, and I am not going to demand that you fix me. I am going to fix myself”.

Yes, that can be blind and destructive. And, yes, making a deal and sticking to it would be better. But, for now, acting alone might be good enough.