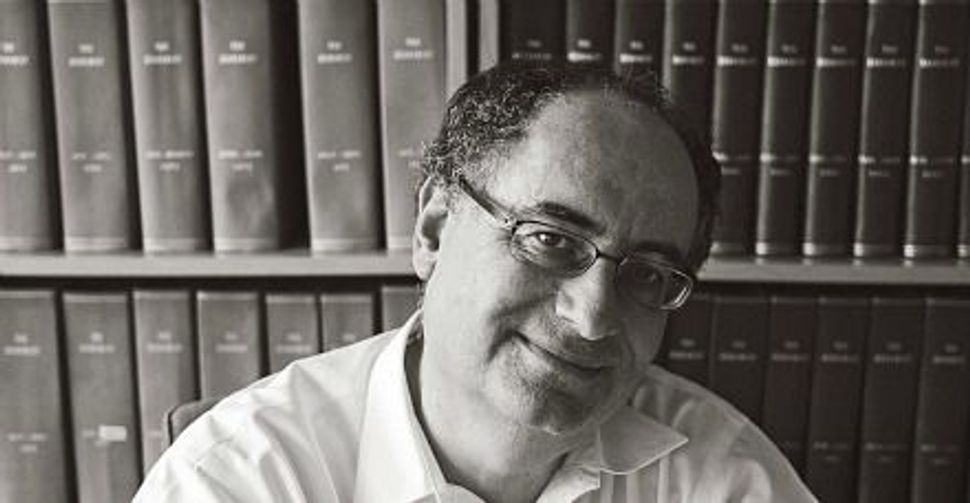 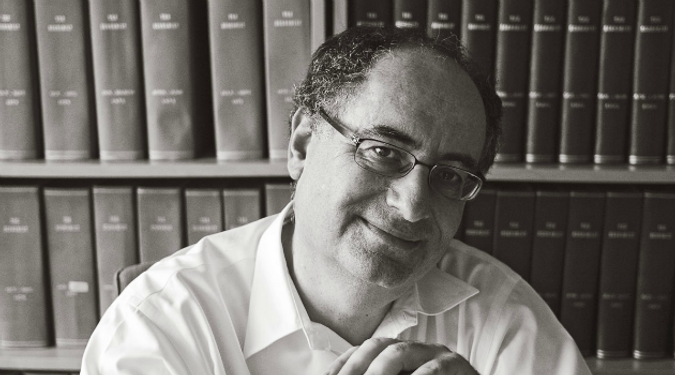 Sudden Loss: Peter David, who died in a car crash last month, was the Economist?s Washington bureau chief. Before that, he covered the Middle East. Image by Nephi Niven

Peter David was probably the most important Middle East thinker about whom you’ve probably never heard. The Economist’s Washington bureau chief and author of the paper’s Lexington column, David died in a car crash on May 10 at the age of 60. During his long career at the magazine, he became its resident expert on the Middle East, but he also wrote on a very wide range of topics, from science to American politics. Two of his friends, Gideon Lichfield, who was The Economist’s correspondent in Jerusalem, and Norman J. Ornstein, the writer and political scientist, have contributed reminiscences to the Forward.

I last saw Peter David a couple of months before he died, when we had lunch at Vidalia, a downtown Washington restaurant on a holiday Monday. Because it was a holiday, we did not have to shout over the lunchtime crowds or rush to get through and move on to the next appointment. Instead, it was a perfect opportunity to have an extended and great conversation with one of the most informed, deep, witty and experienced people I have ever known. We talked about British politics, American politics, both societies, the global economy, and even a little about the Middle East. And we talked a bit about his plans when his tour as Washington bureau chief for The Economist ended sometime down the road.

We also talked about my then-forthcoming book on America’s political dysfunction, written with Tom Mann, which Peter devoured as soon as he got a copy — and wrote about, in his blog, and in the Lexington column he wrote for The Economist, including in the last column written right before he died in a car accident in Charlottesville, Virginia when his car was rear-ended while being driven back to his hotel after a speech. I heard the news the next day, and was stunned, shocked and dismayed that this wonderful, funny, erudite, self-effacing and brilliant man was gone forever.

The details of Peter’s life are laid out best in the obituaries that ran in The Economist, where he served in almost every capacity a journalist could have, and in the London papers, which have a special talent for writing richly about lives that have been lost. The essentials are that he was born in 1951 in Johannesberg, South Africa to a family of Lithuanian Jews who left pogroms behind, but became active opponents of apartheid. When he was nine, they left South Africa in the wake of the Sharpeville massacre and settled in Liverpool. He became a journalist, and after a tour with Nature settled in at The Economist for his career.

Peter’s Judaism clearly had an impact on his life, and it informed his journalism in rich and important ways. As Foreign Editor and afterward, he wrote frequently about the Middle East, with a deep appreciation for history, an understanding of the Jewish psyche — but also with a substantial understanding of the Arabs in the region and their perspective. The result was often balanced analysis — but not the kind of false balance and equivalence that can equate democracy with terrorism, or the kind of analysis, prevalent in much of Europe, including Britain, that portrays Israelis as brutal occupiers and Palestinians only as victims of occupation.

The Economist’s obituary included a link to a cover editorial he wrote in 2009 which was a tour de force on the conflict between two peoples, showing his grasp of history and his insight. It was one of many, on many subjects.

When Peter reviewed my book, he was very kind, but he did not embrace its dour and somewhat dire analysis of the consequences of America’s political tribal wars. He had come, in his tours here, to love America and to know its culture and politics intimately, just as he knew the cultures and politics of other countries, including his own. He was far more optimistic about our future, and our ability to adapt and adjust. I will miss him, not just for his talents, his friendship and his all-round menschiness, but because I could surely use a continuing dose of his confidence in our future.

Peter was a doggedly secular Jew, but with an equally dogged sense of Jewish identity, and he resolved this quandary by means of a deep attachment to Israel. I worked as The Economist’s Jerusalem correspondent while Peter was its foreign editor, and in his global purview there was no other story that he cared about so deeply. Though he never lived there as a journalist — something I think he regretted — his knowledge of the country was profound: David Landau, The Economist’s current Israel correspondent and former editor-in-chief of Ha’aretz, writes in an email that “in forty-plus years of journalism in Israel I never met a foreign correspondent with his knowledge and understanding of Israel… He seemed to read everything (in English) that anyone wrote about Israel and to remember it all and to assess it all with deep good sense.”

This must have made for a conflicted set of feelings. Born in 1951 and raised in South Africa and Britain, Peter had grown up with the heroic, embattled Israel of the 60s and 70s, the same one that seems to continue to exist in the minds of much of the American Jewish establishment. I sensed that he deeply mourned its loss, even as his voracious reading must have obliged him to recognize that this brave child of a country had always been something of a myth in the first place. In his review of Peter Beinart’s The Crisis of Zionism, one of his last pieces for The Economist, he quoted Beinart’s injunction to American Jews: “They must see their own honour as bound up with the honour of the Jewish state.” So too with Peter: much as he loved Israel, I believe that deep down he saw its moral shortcomings as an affront to his own standing as a Jew and a mensch.

And a mensch he certainly was: kind, self-effacing and endlessly solicitous to his colleagues. He affected a diffident amateurishness that concealed his immense learning, not just on the Middle East but on a vast range of other subjects. I shared his complicated relationship with Israel, but having grown up with a later and more ambivalent view of the country, was less ready to give it the benefit of the doubt. As a result we disagreed quite a bit. Sometimes I sensed that he took my failure to see things his way as another kind of affront: his protégé (he had hired me into The Economist and took a fatherly interest in my career) straying from the path of good sense. But never once did he use his seniority to impose his opinion. As one of our erstwhile colleagues, Clive Crook, wrote upon his death, Peter could “win arguments almost imperceptibly, guiding his challenger to the right answer.” Many a time he did this so subtly that he would leave me fuming, wondering how on earth he had come out on top.

Peter’s faith in a negotiated peace deal brokered by America also lasted longer than mine. He had little time for Stephen Walt and John Mearsheimer’s theories about the pernicious influence of the pro-Israel lobby on American foreign policy, and was impatient with those critics of Israel, such as Tony Judt, who complained that they couldn’t get a fair hearing in the United States. He shared J Street’s belief that America needed to be a more active broker, yet dismissed its chances of weakening the human shield that Israel maintains on Capitol Hill. But recently his faith in the process seemed to be wavering. In an interview in March with Hillary Clinton, he asked the Secretary of State, in his characteristically careful way, whether it wasn’t time for America to stop coddling the two sides and impose a solution on them. As he wrote more than once, everyone knew what peace would have to look like in the end.