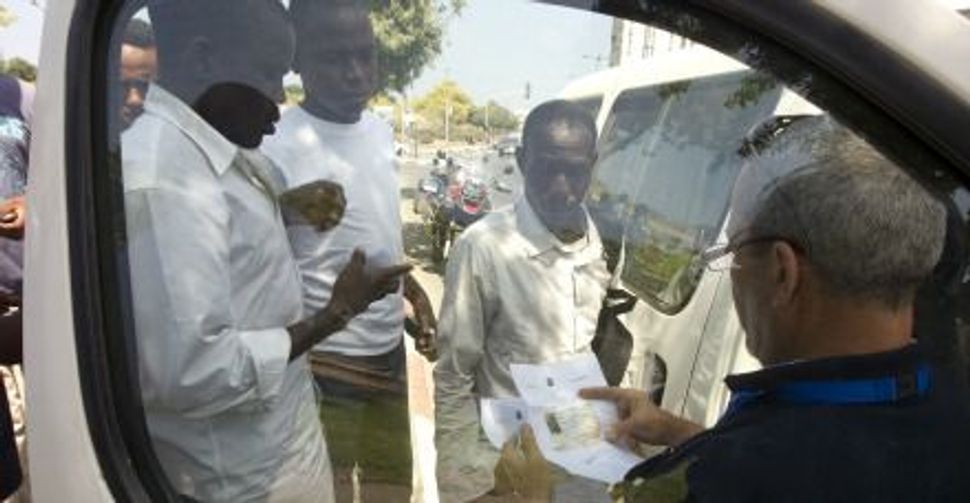 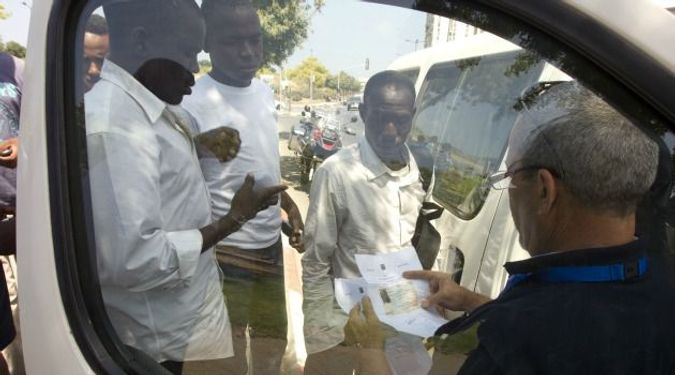 What shall be done about the large number of non-citizens that dwell in Israel? This question is no longer merely vexing, it is urgent, inflammatory, sometimes violent, often vulgar.

The ger has a long and detailed history in Jewish texts and thought. Its conventional translation is “stranger,” but you don’t have to search hard to find alternatives: sojourner, foreigner, alien.

Who are today’s aliens? There are some 14,000 migrant workers who entered the country legally but whose visas have expired or have otherwise become void. There are a number of Palestinians and Jordanians who work in Israel, some illegally. There are more from other population groups. And there’s the heart of the current matter, nearly 60,000 irregular immigrants, defined by the Ministry of the Interior as “infiltrators.” They have arrived in Israel from Eritrea (60%), Sudan (25%), the balance from the Democratic Republic of Congo and other African countries; they come via Sinai, where many experience brutality from Bedouin gangs who guide them to the Israeli border. Once in Israel, if identified as Sudanese or Eritrean, they are detained for a few weeks and then given a document that is, in effect, a deferred deportation order that must be periodically renewed, explicitly stating that it is not a work permit, plus a one-way bus ticket to Tel Aviv, where they are dropped at a park near the Central Bus Station. And it is typically in that same neighborhood that they find shelter, work, and some social and medical services provided by volunteers.

These days, they also find rampant hostility from others in the neighborhood, hostility that has lately been marked by violence and by unambiguously racist slogans; hostility that has been encouraged by a number of Israeli politicians, most notably Eli Yishai, minister of the interior. It is Yishai’s ministry that has formal responsibility for handling immigration issues, and the current policy includes a law that was passed last January, holding that a camp shall be built near Saharonim, in the Negev, for these “illegals” (including their children), with buildings to house 13,600 of them and tents for the others.

The plan bumps head-on into two bodies of law. First, there is the clear and repeated biblical statement: “You shall not oppress a stranger, because you know the heart of a stranger, for you were strangers in the land of Egypt” (Exodus 23:9). More proactively, in Deuteronomy (10:19): “You are to love those who are aliens, for you yourselves were aliens in Egypt.” And still more: “There shall be one law for the native and for the stranger who sojourns among you” (Exodus 12:49).

Still, the practical utility of such precepts is arguable. Less arguable are the requirements of the United Nations Convention on the Status of Refugees, adopted in 1951 with Israel’s intense involvement and enthusiastic endorsement. (Back then, the urgent problem was Europe’s displaced persons.)

Who is a refugee? The Convention, amended in a 1967 protocol, defines the word: “A person who, owing to a well-founded fear of being persecuted for reasons of race, religion, nationality, membership of a particular social group or political opinion, is outside the country of his nationality and is unable or, owing to such fear, is unwilling to avail himself of the protection of that country.”

No one reasonably argues that according to that language, the 60,000 irregular immigrants in Israel are not refugees. But, since 1948, Israel has awarded refugee status to exactly 166 people. In recent years, Israel has categorically denied Eritreans and Sudanese access to refugee status determination, which leaves them in legal limbo. And therein lies the outrage and also the plain violation of international law.

The convention also forbids the arbitrary detention of illegal immigrants. Hence the plans for a massive detention center are also a violation of Israel’s legal obligations.

There is growing recognition of these issues by Israel’s leadership. Whereas Prime Minister Benjamin Netanyahu said on May 29, in the immediate aftermath of the anti-immigrant rioting: “My policy on the matter of the illegal foreign workers is clear: First, stop their entry through the fence, while at the same time, expel all infiltrators from Israel,” by June 4 he admitted that Israel cannot consider deporting the vast majority of African immigrants, because of the poor political or humanitarian situation in their countries. “It’s clear that we cannot return Sudanese and Eritreans to their countries,” Netanyahu said.

Presumably, that means that Israel now intends to finish the fence under construction along the Sinai border and to proceed with plans for the detention center.

The truth is that any alternative policy is enormously complicated. Making asylum a reality and enabling refugees to live in dignity raises endless problems. But here’s another truth: We who were slaves — strangers, aliens — unto Pharaoh in Egypt, we who therefore know the heart of the stranger, ought we not insist that plausible claims for asylum be processed? Or, if we expect others to acknowledge that Israel is a Jewish state, is it wrong to expect that it will behave as one?