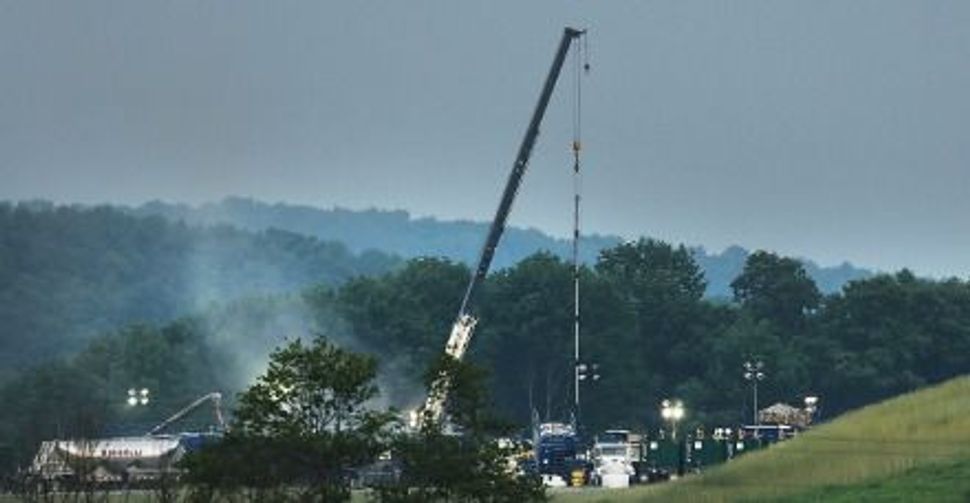 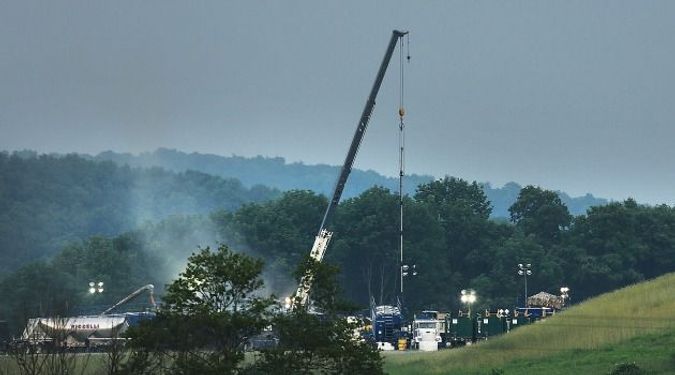 No. 1 Ruling: A federal court ruling dealt a blow to conservatives foes of climate regulation. Image by getty images

Amid the uproar over the Supreme Court’s late-June rulings on healthcare and immigration, you might have missed what could be the most important federal court ruling of the year: a unanimous June 26 decision by the U.S. Court of Appeals in Washington, D.C., protecting the Environmental Protection Agency’s greenhouse gas regulations.

The Bush-era EPA was ordered to begin reluctantly regulating greenhouse gases by the Supreme Court in 2007, upholding a Massachusetts lawsuit over climate change “endangerment.” The Obama administration seized the regulations as a fallback emission-control tool after Congress failed in 2009 to pass cap-and-trade legislation. The latest ruling deflects a challenge by industry groups, backed by 17 state governments, nearly all GOP-led. Another 17 states, nearly all Democratic-led, backed the EPA.

The decision is the latest in a string of recent developments that, taken together, could change the direction of America’s climate and energy debates. Climate skeptics have some serious soul-searching ahead, but environmentalists do, too. So do some major Jewish organizations.

The court ruling is obviously a blow to conservatives foes of climate regulation. The three-judge panel — including Chief Judge David Sentelle, a right-wing icon — openly ridiculed Republicans’ questioning of climate science. After quoting the 2007 Supreme Court ruling that man-made global warming is a “rather straightforward scientific judgment,” the judges wryly added: “This is how science works. EPA is not required to re-prove the existence of the atom every time it approaches a scientific question.”

Also encouraging for environmentalists, several new studies indicate the Obama EPA’s greenhouse regulation is actually working. A May report by the European-based International Energy Agency claims the United States has cut emissions faster than any other country in the past decade. Despite failing to enact cap-and-trade, America has cut energy-sector emissions some 7.7% since 2006. Other sectors, including transportation and home heating, have moved slower. Still, if current progress continues, analysts say, America might meet President Obama’s target of a 17% emissions cut by 2020.

The report is a mixed blessing for environmentalists, though. The biggest cause of falling emissions, it shows, is increased use of natural gas extracted from shale by hydraulic fracturing, or fracking. There are other causes, including cuts in coal-generated electricity and improved automobile fuel efficiency, both EPA achievements. But fracking looms largest and seems most promising for further cuts.

This puts environmentalists in a bind. They’ve made fighting fracking a top priority. Without strict safeguards, which few expect, the procedure can pollute groundwater, release methane and even cause earthquakes. Now, suddenly, it’s the planet’s best hope.

Many activists say it’s a false choice. They insist emissions could be cut without fracking by boosting carbon-free alternatives, like solar. Practical alternatives are years away, however. Until then, numbers suggest, fracking looks best for buying time.

Energy companies shouldn’t rush to celebrate, however. While America was cutting emissions by replacing coal with lower-emission gas, Europe’s cap-and-trade programs were less successful. A variety of factors may be at play, but some experts, including industry officials, point to serious philosophical questions. Cap-and-trade is supposed to substitute the magic of the market for the heavy hand of government regulation. The latest numbers suggest that better results are achieved through the heavy hand of EPA regulators shutting coal plants and forcing better gasoline mileage.

Conservatives won’t take it lying down, of course. Most Republicans reject the very premise of global warming. Mitt Romney says he’ll eliminate the EPA’s power to regulate greenhouse gases if he becomes president. That’s unlikely to get past Senate Democrats, however. Even if it did, the courts might not let it stand. It was the conservative Roberts court that endorsed climate science and ordered the Bush EPA to act on greenhouse emissions in 2007.

Finally, several new reports cite the success of gas fracking and its offshoot, fracking shale oil — along with controversial Canadian tar sands — to predict that the United States is en route to energy self-sufficiency and could be a net oil exporter by 2025. According to the Financial Times, such predictions “haunted” a June 13 Vienna meeting of OPEC leaders, who fear the Arab-led oil cartel will lose its monopoly control over global supplies and pricing.

That could haunt American Jewish organizations. Energy independence is a longstanding goal of pro-Israel activists who believe weakening Arab influence will free Israel’s hands. Over the years, pro-Israel conservatives led by the American Jewish Committee have cooperated with liberal environmentalists, Reform leaders and others, by calling to end oil imports. The alliance has been strained before, as when AJC briefly endorsed Bush administration plans to drill in the Arctic National Wildlife Refuge. But it’s generally worked for both sides.

It’s unclear whether the alliance can survive partial success. Liberals and conservatives skirmished over fracking last January at the annual plenum of the Jewish Council for Public Affairs, which coordinates policy among Jewish groups. Liberals won the vote there. They made noise again in June over new EPA emissions rules. In the end, though, it’s usually the conservatives whose lobbying clout carries the day.