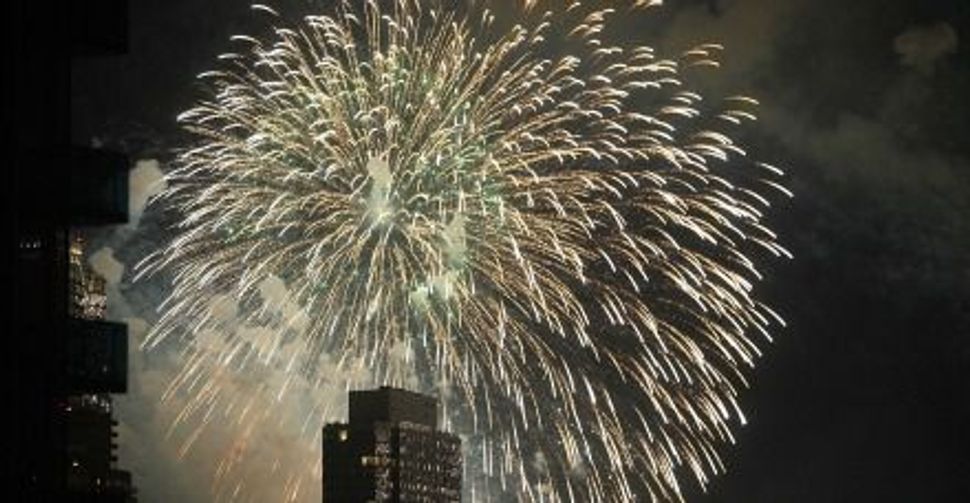 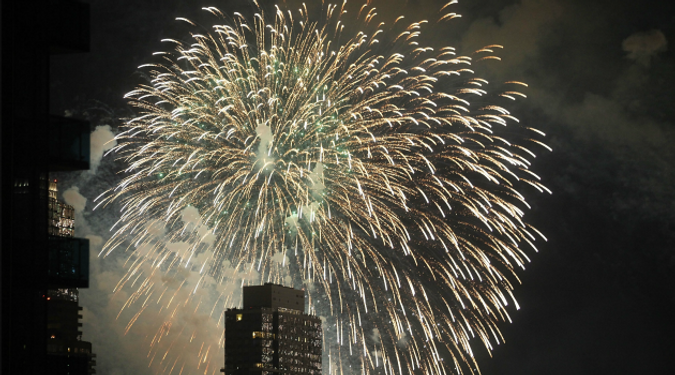 Seeds of Freedom: The triumph of the human spirit embodied in the American and French revolutions has its roots, ironically, in the tragedy of the fall of the Second Temple. Image by getty images

If months have personalities — April the cruelest, May the very merry, Adar the time for “increasing joy” — then July is the month of revolution. In this one month we mark the anniversaries of three historic political cataclysms that shook the pillars of human society. On July 4 we celebrate the American Revolution. July 14, Bastille Day, honors the French Revolution. And the ninth day of the Hebrew month of Av, which begins this year on the evening of July 31, is observed as the anniversary of the fall of the Second Temple in Jerusalem in the year 70 C.E., 1,947 years ago.

One of these events, the French Revolution, was a triumph of the human spirit that turned into a series of horrors. One, the fall of the Temple, was a horror that led, in important ways, to a triumph of the spirit. The third, the American Revolution, is still a work in progress. Taken together, they stand as a cautionary lesson about the uncertainty of history and the certainty of change.

America’s Fourth of July holiday commemorates the formal ratification by the Continental Congress in 1776 of the Declaration of Independence, announcing the birth of the American republic. It’s been hailed ever since as the dawn of a new age of human freedom. In fact, though, the republic emerged far more quickly than the freedom. It took the Founders only a dozen years after independence to adopt a Constitution and spell out the rules of governance. The rights of individual citizens were tacked on as an afterthought, in a series of amendments, and for generations they remained more a promise than a reality.

The Constitution spoke briefly, in the preamble, of establishing justice, promoting the general welfare and securing liberty “for ourselves and our posterity,” but it took 80 years and a civil war even to begin establishing liberty and justice for all of us. Serious promotion of the general welfare took another 80 years, a great depression and a sweeping New Deal. And as the Supreme Court reminded us on the eve of our 236th birthday, we still haven’t decided what “the general welfare” actually means. The received document, the Constitution, doesn’t spell it out. It gives us the tools and expects us to fill in the blanks. That’s proving more difficult with time, not less so.

The French Revolution is celebrated on July 14 to commemorate the storming of the hated Bastille prison by a revolutionary mob in 1789. France’s revolution followed ours by just 13 years, but it approached its tasks in the opposite order. The revolutionaries spelled out their vision of individual freedom from the get-go, promulgating a formal Declaration of the Rights of Man and of the Citizen just six weeks after the fighting began. Only later did they turn their attention to defining the structure and rules of governing. What followed was violent anarchy, then a reign of terror, an imperial dictatorship, a restored monarchy and a century and a half of instability and failed republics, until a viable governing system emerged in the Fifth Republic.

It’s not for nothing that the Chinese communist leader Chou En-lai, asked by Richard Nixon in 1972 what he thought of the French Revolution, answered, “It’s too early to tell.” (Some witnesses say Chou thought he was discussing the students’ uprising of 1968).

The destruction of the Holy Temple in Jerusalem isn’t usually discussed as a revolution, much less a triumph of the human spirit. A seminal, defining moment in Jewish collective memory, looming nearly as large as the Exodus from Egypt, it was above all a blood-soaked defeat. It spelled the end of Jewish national sovereignty in the Land of Israel and the beginning of two millennia of homelessness and powerlessness. The anniversary on the Ninth of Av is observed each year as a day of fasting and mourning for what was lost.

What’s often forgotten is that the tragedy of the destruction of the Temple contained the seeds of a blessing. It allowed the transformation of Judaism from a priestly sacrificial cult, tied to a specific hilltop in Jerusalem, into a religious culture rooted in the ethical interaction of the individual and the community. Generations of scholars, responding to the destruction, sat together to reimagine the legal code of an agrarian kingdom as a moral code that could be lived in many places and times.

The reimagining began with a received document, the Torah. But it was handed on, in the Talmud and afterward, as a series of debates, arguments and counterarguments that has continued through the centuries. And because the debate never ended, Judaism was able to survive, a living, evolving system of ideas and actions, ultimately resting not on a hilltop altar but within each individual. In a sense, God lost his home atop Mount Moriah and came to dwell within the human soul.

Through its daughter-faiths, Christianity and Islam, Judaism spread its spirit around the globe to embrace half of humanity. Ultimately, one could argue, they planted the seeds of the modern ethic of individual responsibility, individual sovereignty and human dignity. But Judaism itself survived intact because of the living code of law.

The revolutions of July have been pored over endlessly, each in its own way, and yielded up countless lessons. This year, though, the most important lesson may be this: Ideas, even the most sublime of them, thrive best when they are embodied in law. And law survives only when it is allowed to live, grow and evolve.