Why Presbyterians Voted Against Divestment 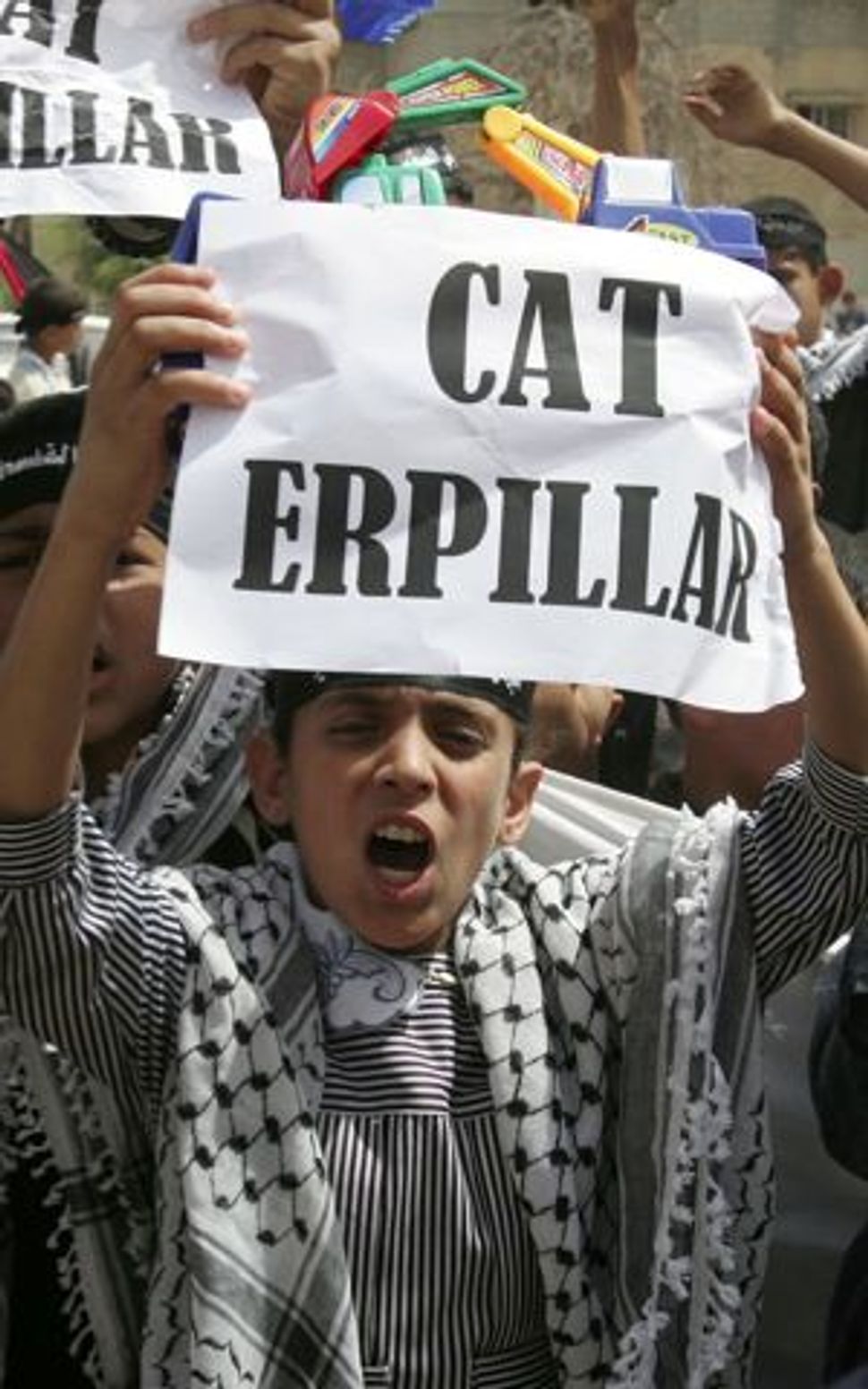 Children in Gaza marking the death of activist Rachel Corrie, killed when she was run over by a Caterpillar tractor in 2003. Image by Getty Images

The failed attempt to divest Presbyterian church funds from three corporations selling equipment to the Israeli military came about because of bias among some church members, said the head of the group that led the Jewish push against the resolution.

“I think there’s a huge part of the Presbyterian Church that really is not capable of a nuanced look at the Middle East, and I think that’s a serious problem that needs to be addressed within the Church,” said Rabbi Steve Gutow, president of the Jewish Council for Public Affairs. “But I think it’s important to note…that the majority voted not to support the resolution.”

The resolution, which the general assembly of the Presbyterian Church (U.S.A.) rejected by a razor-thin margin, would have divested church funds from Caterpillar, Hewlett-Packard, and Motorola.

In the wake of the final vote rejecting the divestment measure, Gutow issued a release praising the move as a “victory for peace.”

“This was not just a major defeat for the divestment movement,” Gutow said in a statement. “It was a victory for peace.”

Gutow said in an interview with the Forward that he was referring to a substitute resolution passed by the Presbyterians that encourages investment in Palestinian infrastructure.

What won’t be addressed are concerns cited in the rejected resolution about Israel’s occupation of the West Bank, and particularly Israel’s policy of demolishing Palestinian homes.

Caterpillar has been the target of divestment efforts since 2004 over concerns that modified versions of its bulldozers are used in Israel’s controversial home demolition policy.

The home demolitions, which take place in the West Bank and East Jerusalem, have been broadly criticized by human rights experts, the United Nations, and the U.S. State Department. NPR aired a lengthy story today on a U.N. report citing increasing rates of home demolitions by the Israeli government. The NPR reported noted that many demolished Palestinian homes lack permits, but that permits are nearly impossible for the Palestinians to procure.

According to Gutow, the JCPA has no position on home demolitions.

“We have not looked into that specifically,” Gutow said. Though Gutow believed that the practice of home demolition didn’t play a major role in the Presbyterian debate, it was cited by both supporters and opponents of the resolution.

In a statement, the Israel/Palestine Mission Network of the Presbyterian Church (U.S.A.), the Presbyterian group that had been pushing the divestment motion, said they believed their effort had failed because of concerns over how Jews would react to divestment.

“It appears that church commissioners were swayed by a fear that divestment would cause irreparable harm to Jewish-Christian relations,” Rev. Katherine Cunningham, vice-moderator of the IPMN, said in the statement.

Gutow said that passage of the resolution likely would have caused a problem between the Jewish and Presbyterian communities. “I think it would have,” Gutow said. “It would have been very troubling, and it would have troubled me.”

Why Presbyterians Voted Against Divestment