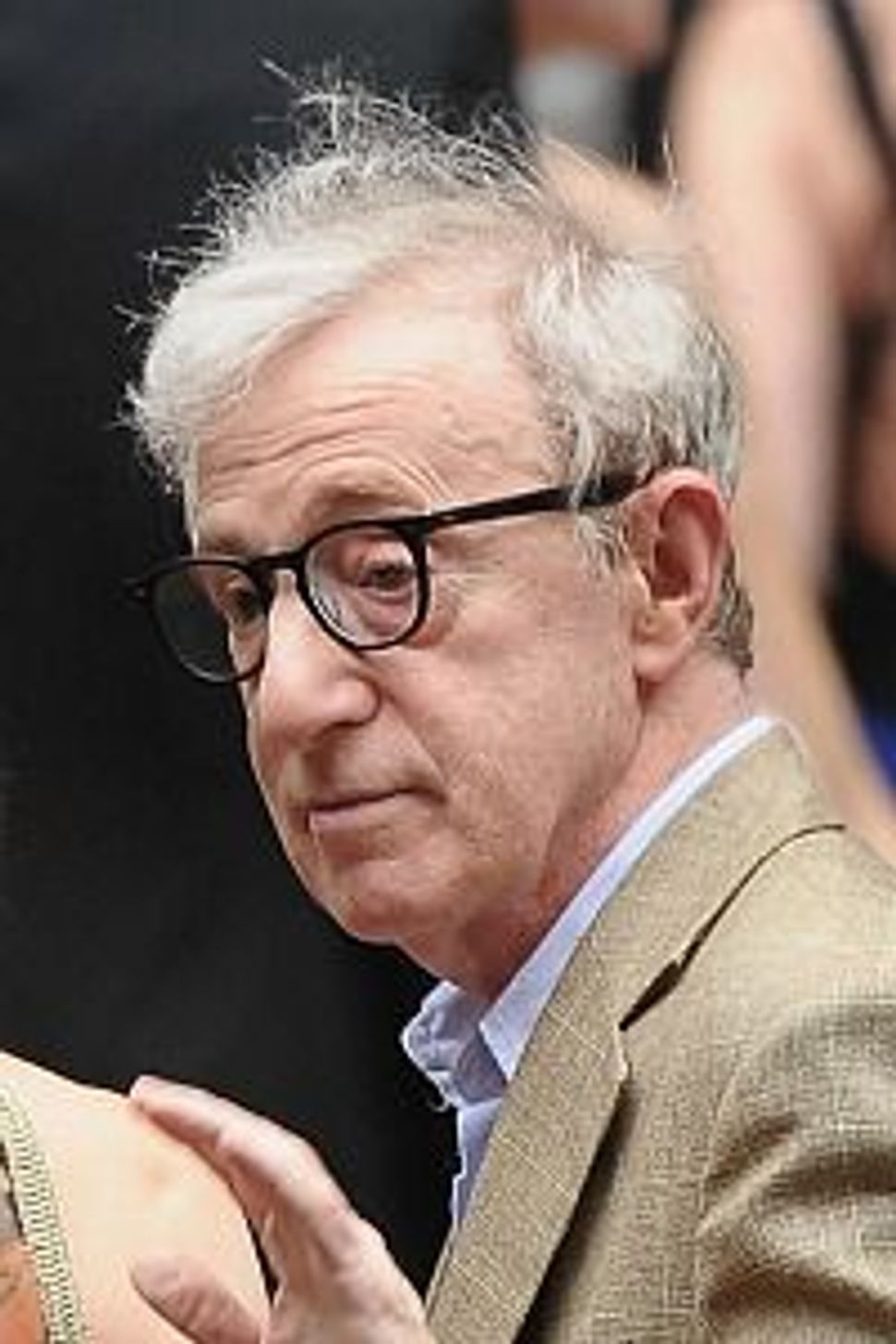 Haaretz blogger Allison Kaplan Sommer responded yesterday with a list of reasons why it’s not worth the money. She cites Allen’s undeniably negative depiction of Jewish women, his 1988 “tantrum” on the New York Times Op-Ed page, “chiding Israel for making him look bad,” and his “deliberately” choosing not to visit Israel even though “he’s been happy to go almost anywhere else.” She doesn’t mention the long-running scandal over his marriage to Soon-Yi Previn, but from her caustic tone I’m guessing it’s on her mind. I don’t have real evidence, mind you—I’m just speculating, sort of the way Kaplan is speculating about Allen’s attitude toward Israel. (I love Allison. I’m just saying…)

Coincidentally, we don’t need to guess any longer about Allen’s feelings toward Israel. He discusses them — passionately — in an interview with Yediot Ahronot Paris correspondent Yaniv Halili, published last Friday (in Hebrew) in Yediot’s increasingly readable weekend entertainment supplement, 7 Nights. Most of it is about growing old (he hates it), the Soon-Yi scandal (the public never got it, he doesn’t read the tabloids), his non-relationship with his son and his work habits. Israel only comes up at the end, but he goes at it with gusto. I don’t have time to translate the whole thing (and it’s not online even in Hebrew, alas), but here’s the part about Israel, Jewish identity and, intriguingly, the dilemmas of his half-Jewish children’s Jewish identity:

Unlike every mother and daughter, he doesn’t light Sabbath candles. “I grew up in a Jewish atmosphere (al birkei ha-yahadut) and they made me a bar mitzvah, so clearly it’s an element that will remain in my life permanently, just like the songs I listened to on the radio when I was a child. But I don’t believe in organized religions. Most of them exploit people, and I think these clubs have nothing to do with God. Today I feel Jewish mainly when people attack me because of my being Jewish.”

About Israel, on the other hand, he has only good things to say. In practice, when Allen starts talking about Israel it’s hard to stop him. So hard that even his assertive, energetic publicist merited only a dismissive wave of the hand, indicating that she should wait until he was finished gushing about his love. “I support Israel and I’ve supported it since the day it was founded. Israel’s neighbors have treated it badly, cruelly, instead of embracing it and making it part of the Middle East family of nations. Over the years Israel has responded to these attacks in various ways, some of which I approved of and some less so. I understand that Israelis have been through hard times, I don’t expect Israel to react perfectly every time and that doesn’t change the fact that it’s a wonderful, marvelous country. I’m just worried about the rise of fundamentalism in Israel, which I think damages its interests. I also have questions about your leadership, which doesn’t always act in Israel’s best interests. But even my criticism of Israel comes from a place of love, just like when I criticize the United States. It would be a mistake not to say something if you think a country you love makes a mistake and could hurt itself.”

Then why have you never visited Israel?

“I’m not a tourist. I travel regularly to three cities that I know and love — Paris, London and Rome — and that’s it. I don’t like to leave home because I’m a bit neurotic, and when I do leave home, it’s mostly for work. I don’t like flying and I don’t consider myself a curious person who wants to see new places. There are many states in the United States that I’ve never visited. My wife is of Korean origin and she’s been trying for years to convince me to go to South Korea with her — so far, unsuccessfully. She’s also very curious about Israel and wants to go there with the girls, so they can see and understand their father’s Jewish culture. I assume we’ll go and visit Israel soon. There’s no way around it.”