Will Olmert Be Back? 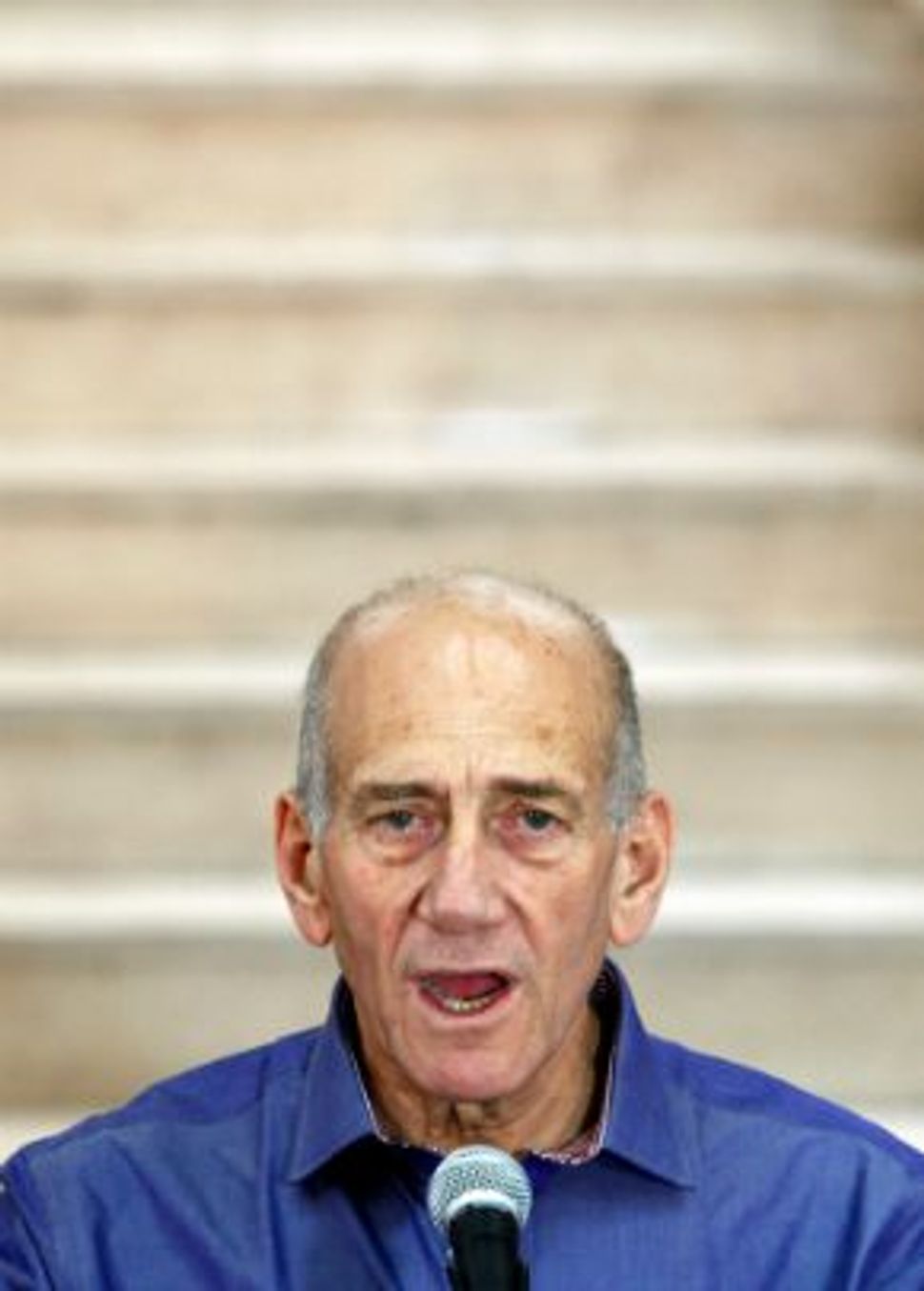 Now that former Israeli Prime Minister Ehud Olmert has been exonerated on the key corruption charges that forced him out of office four years ago, everyone is asking whether he’ll try to make a political comeback. After all, it has emerged since he left office that he was involved in some pretty serious talks with the Palestinians, and he’s quietly built up his reputation as Mr. Missed Opportunity — the man who could have reached a peace deal if he hadn’t been forced out.

There are very different signals reportedly coming from Olmert. “I’ll return to political life and run for prime minister,” he told associates just before the verdict, according to Haaretz. “I’m the only politician who can run as a candidate for the center bloc. There’s no one else there — neither Shaul Mofaz nor Yair Lapid nor Shelly Yachimovich [can do it],” he reportedly said, referring to the Kadima and Labor leaders respectively.

But he said earlier today in Tel Aviv: “I read in the past two days about my political plans. I want to calm you down — I don’t have plans to go back to politics.”

He added: “I am not involved in politics. I deal with other issues and nothing else. I don’t have a shelf party — I am a member of Kadima.”

Which report paints a more accurate picture of Olmert’s plans? Perhaps there’s some truth in both. Maybe Olmert doesn’t have any plans to catapult himself back in to politics with a new party, but that doesn’t mean he isn’t hoping for a comeback. Here in Israel there’s a great deal of prestige and political capital in hoping for the quiet life but being dragged reluctantly off the sidelines by admirers.

He doesn’t “have plans to go back to politics,” but that doesn’t mean he isn’t open to offers.

Will Olmert Be Back?