Syria Bloodshed Could Lead to Break-Up 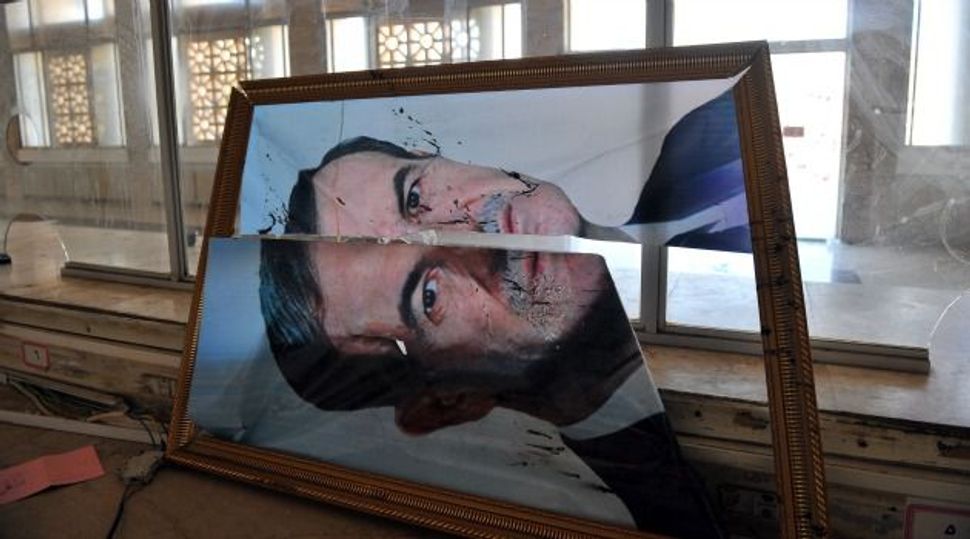 Noose Tightens: As the survival of the Assad regime looks increasingly questionable, it?s important to consider the dangerous scenarios that could unfold. Image by getty images

The fighting in Syria, now officially designated by the Red Cross as a “civil war,” could end up differently than most people expect, with dangerous consequences.

Survival of the Assad regime is increasingly in doubt as rebels close in on Damascus and senior officers either defect or are assassinated. On the other hand, out-and-out victory by the opposition is not at all certain. The rebels remain hopelessly divided and seemingly incapable of convincing anyone that they know how to take control of the entire country.

Meanwhile, the international community effectively stands aside. It is divided, with Russia and Iran still supporting the regime, and nearly everyone else having pledged to depose it but being afraid to intervene directly. Efforts by the United Nations and the Arab League, spearheaded by Kofi Annan, to find a peaceful resolution to the conflict seem particularly feeble.

This bleak outlook bespeaks a third option that can no longer be ignored: the eventual disintegration of Syria into its ethnic component parts, overflowing to link up with their brethren across the borders with Lebanon and Iraq. This assessment factors in the ruling Alawite sect’s clear inclination to cling to power in Damascus at any expense; the ongoing loyalty displayed to the regime by some of Syria’s other minorities, such as its 2 million Christians; the relative neutrality of Syria’s 2 million Kurds; the many divisions that plague the opposition itself, and the international stalemate.

If this scenario continues to unfold, the Alawites will eventually abandon Damascus and barricade themselves in their ancient mountain redoubt on the Mediterranean Coast between Lebanon and Turkey. The recent pattern of massacres by government-sponsored forces suggests an attempt to give this redoubt strategic depth by expanding it eastward to the cities of Homs and Hama, and forcing out the Sunni population in those cities. Syria’s Kurds, already virtually autonomous, will attach themselves to semi-independent Kurdistan in Iraq. Syria’s Druze will break away in their Jebel Druze redoubt in the South. The Sunni Arab majority will hold the rest of the country and link up with the Sunni minority in Iraq, with which it has historical tribal ties — it has already taken over the Syria-Iraq border — and with Sunnis in Lebanon. Syria as we know it geographically and politically would cease to exist.

Increasingly, this appears to be a possible outcome of the ongoing fighting inside Syria. It radically distinguishes Syria from the other Arab revolutions of the past 18 months. And because Syria has always been the keystone of the Levant, if and as it morphs into something else geopolitically, the regional and international consequences could be far-reaching.

Including for Israel. In the past two months, Jerusalem has aligned its position with that of most of the Arab world and the international community, keeping its distance from the Assad regime, decrying the bloodshed and calling for international intervention. In effect, Benjamin Netanyahu’s government has decided that any outcome is an improvement on the current regime insofar as the Alawites’ demise would strike a serious blow at Iran’s influence in the Levant and weaken its ally, Shi’ite Hezbollah, in Lebanon.

If and when Syria disintegrates, Israel will confront the challenge of protecting its strategic interests. Its borders could be threatened by unrest, or overwhelmed by refugees. And Israel may feel impelled to deal militarily with Syria’s huge missile and chemical warfare arsenal, lest it fall into the wrong hands and become an immediate threat.

In an ideal world, Turkey, Israel, Iraq, Lebanon and Jordan — that is, Syria’s direct neighbors — would sit down to discuss what to do. This is not about to happen. Israel can try to talk quietly about Syria with Jordan and perhaps Turkey. But both would presumably refuse to recognize Israel’s right to engage in discussions of the fate of an Arab state that is predominantly Muslim. On second thought, in view of abortive past attempts by Israel to manipulate the political situation among its Palestinian and Lebanese neighbors, Israel would be well advised to steer clear.

Jerusalem would have to determine where its truly vital strategic interests lie in picking up the pieces of a defunct Syrian state. Then it would probably have to act unilaterally. Its attitude should be minimalistic — not because the collapse of Syria won’t affect it, but because beyond dealing with truly “existential” threats, there is probably not a great deal Israel can or should try to do about it.

Yossi Alpher was director of the Jaffee Center for Strategic Studies at Tel Aviv University. He co-edits bitterlemons.net.

Syria Bloodshed Could Lead to Break-Up