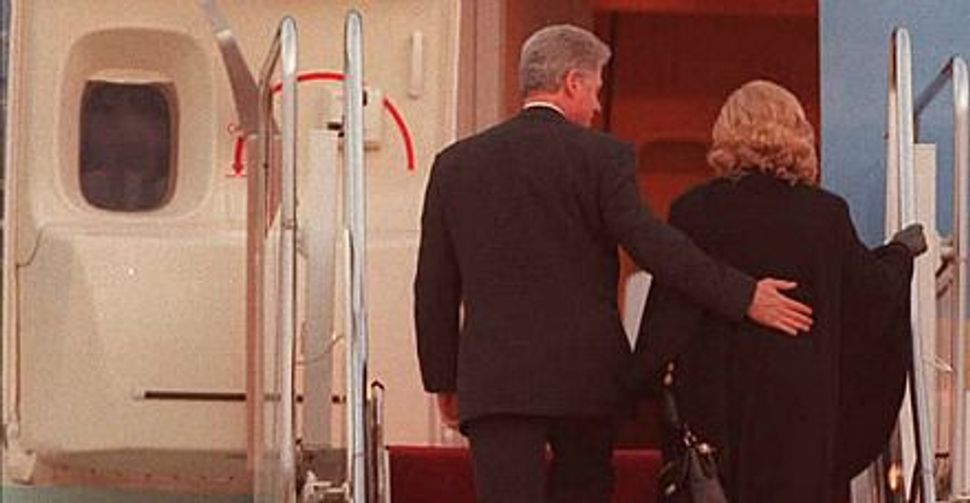 President Obama’s critics like to acknowledge that official visits to foreign countries are more about style than substance, but when it comes to Israel, that’s a disingenuous feint. As Mitt Romney, presidential candidate, takes his campaign to Israel, conservative pundits see an opportunity to point out that Barack Obama hasn’t been there since moving into the White House. “In terms of diplomacy, the fact that he hasn’t been to Israel as president — his first trip, overseas trip, I think, was to Egypt, if I’m correct on that — you know, there’s a lot of sort of chatter about that,” Greta Van Susteren said on Fox News a few days before Romney departed. Indeed, thanks to her, there is a lot of chatter.

The Obama campaign didn’t help matters by declaring that the president would visit the Jewish state should he be re-elected to a second term, emphasizing the very point he probably wanted to ignore.

But what do these visits really say about a president’s policies and behaviors, and his attitudes toward Israel and the Jews? The record is contradictory at best.

The first sitting president to visit Israel was Richard Nixon, who went to Tel Aviv and Jerusalem in mid-June of 1974, less than two months before he was forced to resign in order to avoid impeachment by the Congress in the Watergate scandal. Now that the secret tapes entwined in that scandal have been released, we have ample evidence of Nixon’s full-blown prejudice against Jews, and the oftentimes offensive ways he responded to Israel’s leaders.

If you fault Obama for complaining about Israeli Prime Minister Benjamin Netanyahu in a private aside, that’s nothing compared to Nixon’s off-the-record comments about Golda Meir.

Jimmy Carter was the next president to go to Israel, a visit that included an address to the Knesset in March 1979, just a couple of weeks before a second peace treaty was signed between Egypt and Israel in Washington, marking a historic breakthrough for both nations. But that seemed to make no difference in the Jewish vote back home: The following year, Carter lost in a landslide to Ronald Reagan in an election that saw the worst showing among Jewish voters for a Democratic candidate in 60 years.

Reagan, by the way, never visited Israel once during his eight years in office.

Neither did his successor, George H.W. Bush, who served only one term.

Leave it to Bill Clinton to set the record for presidential visits — four during his two terms in office, during which he addressed the Knesset and met with plenty of senior officials, including two different prime ministers. Three of Clinton’s visits were planned state events; the fourth was to attend the funeral of Yitzhak Rabin, in November 1995.

George W. Bush, whose warm relations with Israeli leaders are often compared with Obama’s testier exchanges, visited twice, but he waited until his very last year in office do so. By that yardstick, Obama’s promise to visit in his second term sounds comparable.

But of course, this isn’t about factual equivalencies, it’s about political optics. As any tourist knows, a visit to a foreign country can be enlightening and instructive. But as any voter should know, it says little about what a candidate will do and achieve once in office.