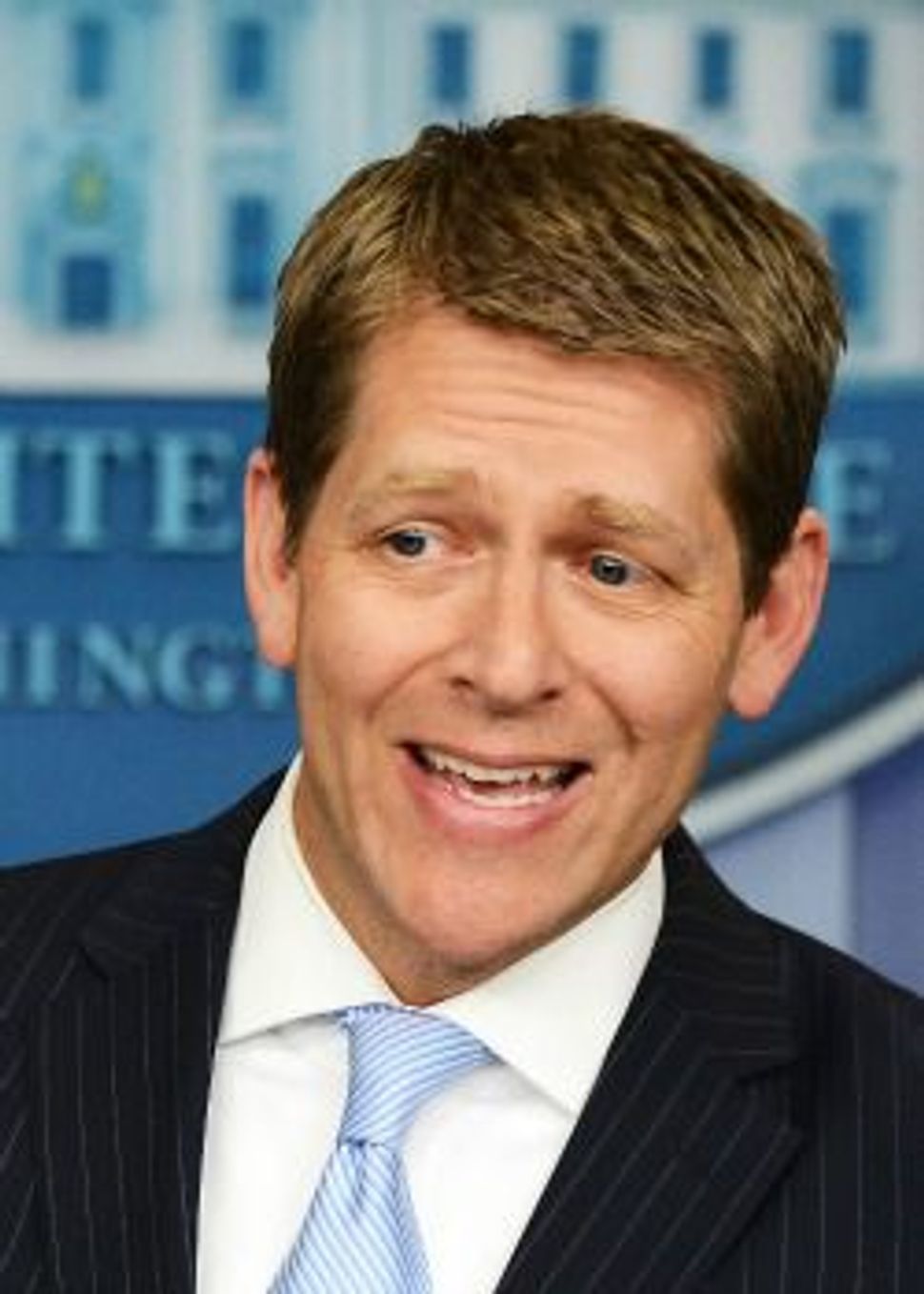 White House spokesman Jay Carney refused to reiterate the official U.S. position that Jerusalem is the capital of Israel, sparking a mini-frenzy on the internet.

When questioned by reporters during a press briefing, Carney dodged a reporter’s request to clarify the policy, the Times of Israel reports.

In an exchange caught on video, Carney said: “Our position has not changed.” Pressed further to name either Jerusalem or Tel Aviv, Carney responded “you know our position.” He stuck to his guns even when the reporter insisted she did not know and another reporter chimed in to urge him to respond.

The female reporter who started the line of question was identified as Audio-Video News’ Connie Lawn. Real Clear Politics identified the second reporter who chimed in as Les Kinsolving, a conservative radio talk show host.

Since its upload yesterday, the video has gained over 130,000 views on YouTube and sparked a volley of heated internet comments. The fumble comes at a time when U.S.-Israel relations are high on the political docket.

President Barack Obama announced $70 million in military aid as part of an “unshakable commitment to Israel” today, while presumptive Republican challenger Mitt Romeny is set to arrive in Jerusalem this weekend for diplomatic meetings with officials including Prime Minister Benjamin Netanyahu.

Both the US State Department fact sheet on Israel and the CIA Factbook name Jerusalem as Israel’s capital. But Palestinians regard East Jerusalem as the future capital of an independent Palestinian state.

State Department spokeswoman Victoria Nuland stated in March that the future of Jerusalem should be resolved in talks with the Paelstinians.

“It’s got to be resolved through the negotiations between the parties,” she said at the time.