Standing Up for Israel 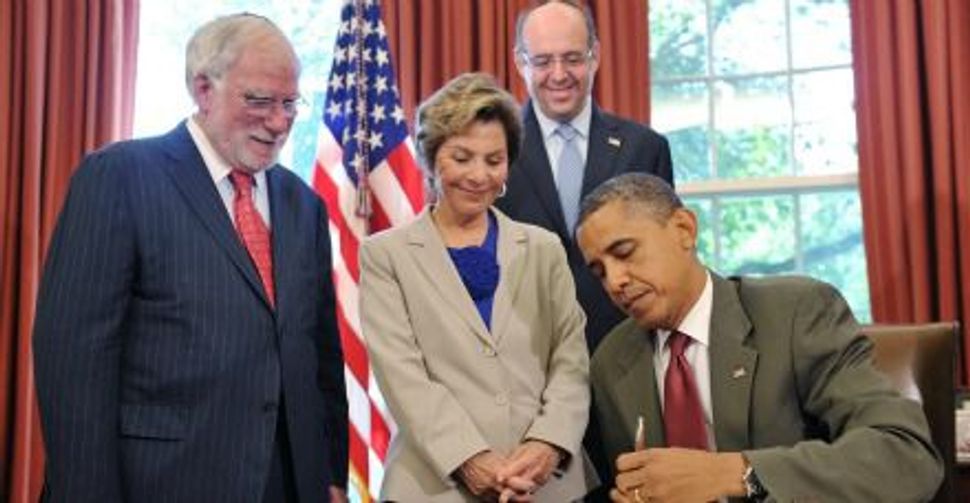 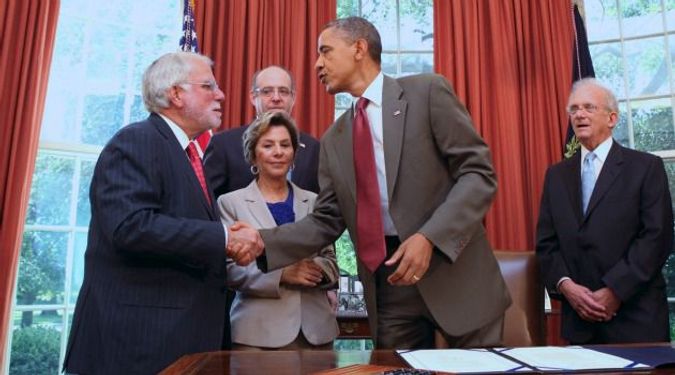 In recent days, Republican strategists and conservative mega-donors have lined up behind a campaign to distort President Barack Obama’s strong record of support for the state of Israel in hopes of winning over Jewish voters in a few swing states.

I wonder what those critics would have said if they had been in the Oval Office with me on Friday as President Obama signed the United States-Israel Enhanced Security Cooperation Act, a bipartisan bill I wrote that reaffirms our country’s special relationship with Israel while also ensuring Israel has the tools it needs to defend itself.

As a United States Senator of Jewish descent, it was a joyful moment for me to witness the signing of this important law firsthand. And it was yet another clear signal that the President meant what he said when he told the world earlier this year, “the United States will always have Israel’s back.”

I was born as World War II was raging across Europe, and I will never forget hearing from my parents about the horrors of the Holocaust. For each of us, our personal history shapes us, and as a child I learned about Anne Frank and I understood that there but for the grace of God, go I. These early lessons have stayed with me and reinforced my view that Israel must always exist as a Jewish State.

There is no doubt that Israel is facing unprecedented challenges today. The Middle East is undergoing volatile change, bringing with it serious threats to Israel’s national security. Meanwhile, Iran continues its reckless and dangerous pursuit of nuclear weapons. Now more than ever, Israel needs our support.

That is why it was so critical that President Obama showed his leadership by signing this bill. This law extends loan guarantees to Israel through 2015, which will help boost Israel’s credit rating and ensure that Israel has the financial security it needs. It also authorizes an increase to $1.6 billion in the value of U.S. weapons available to Israel in the event of a crisis.

Critics who are now attacking the President for political gain seem to be willfully ignoring the unprecedented steps this Administration has taken to help ensure Israel’s security.

Under President Obama, Israel has received more in annual security assistance from the U.S. than at any time in its history, including the Iron Dome Missile Defense system that has already saved Israeli lives.

And under the President’s leadership, the United States has led the world in enacting a crushing regime of sanctions against Iran.

Because of these sanctions, Iran is now completely isolated from international financial markets. Iranian ships are unable to dock at international ports and Iranian planes cannot land at airports around the globe. The European Union is no longer buying any Iranian oil and other countries are reducing their purchases every day. In fact, according to the International Energy Agency, Iranian oil exports fell from 2.5 million barrels a day in late 2011 to an estimated 1.5 million barrels a day in April and May of this year. Even top Iranian leaders have admitted publicly that these sanctions have been strict and severe.

The Obama Administration has stood with Israel on the international stage, announcing that it would veto a Palestinian attempt to achieve statehood through the United Nations and condemning the deeply biased Goldstone Report.

And when a mob stormed the Israeli Embassy in Cairo, it was President Obama who stepped in to help. Israeli President Benjamin Netanyahu said he asked for the President’s assistance at a decisive moment in the crisis. “He said he would do everything possible, and this is what he did,” Netanyahu recalled later. “I believe we owe him a special debt of gratitude.”

President Barack Obama has stood by Israel not just with words, but with deeds. As I stood next to our President in the Oval Office and watched his pride as he signed the United States-Israel Enhanced Security Cooperation Act into law, I felt blessed to be there and to be next to such a firm, loyal and true friend of Israel.

Barbara Boxer is a U.S. Senator from California

Standing Up for Israel